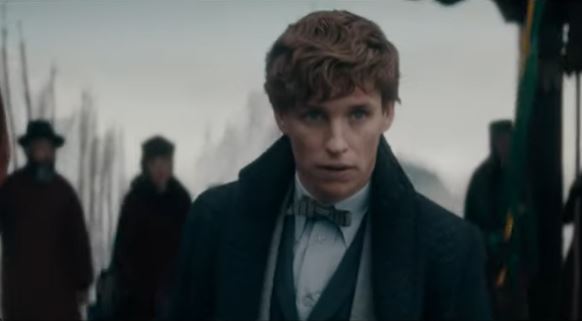 And so to Fantastic Beasts: The Secrets Of Dumbledore, the third episode in the five-part blockbuster that is J. K. Rowling’s Harry Potter prequel series. For a start, that colon in the title shouldn’t be there. Yes, there is a menagerie of beasts here and they are, as it says on the tin, truly fantastic. But they don’t have much to do with Albus Dumbledore — headmaster of Hogwarts, the most powerful magician in the Wizarding World and, as we have learned in this extended origin story, a good man with a troubled heart — or with the ongoing story of the struggle between good and evil in the wizarding world. There are at least two stories here and several competing protagonists, with potentially meaty themes, ranging from sibling rivalry to the dangerous rule of the mob, packed in around the edges. A lot going on, in other words, not all of which makes sense.

At least Dumbledore (Jude Law) is out. One of fans’ many complaints about the last installment — which, let’s be clear about this, still made good money at the box office — was that having revealed elsewhere that Dumbledore was gay, Rowling had him merely say that he and the Dark wizard Gellert Grindelwald were once “closer than brothers.” This time around, he lays it on the line.

Once in love and in league, Grindelwald and Dumbledore imagined a future where the whole world would be ruled by magic instead of stupid, stumbling, violent humans. They parted ways when Dumbledore rejected the subjugation of Muggles as a fanatic’s idea of social mission. He knows better now, but Grindelwald has kept the faith.

In the last film, Grindelwald was imprisoned for mass murder. Now he’s out, cleared of all charges and campaigning to become leader of the wizarding world. Grindelwald is now played by Mads Mikkelsen, replacing Johnny Depp from the previous films. Now, if you’re looking for a malevolent but charismatic villain with world-conquering aspirations, Mikkelsen looks like your man. But while Depp played Grindelwald with extravagant menace, so that every word he uttered seemed to come from the bowels of the Earth, Mikkelsen takes the opposite approach: his Grindelwald is the Nazi war criminal who actually seemed so charming when you met him at that cocktail party.

Which would be a telling point to make in other circumstances — and underlined here by the 1930s references in production design — but this is a story where people confront each other with wands and ride dragons. Where’s the scare? Mikkelsen is made to look like a place-holder, rehearsing the lines until a proper monster can be found. It has to be a directorial decision from David Yates (or the ruling cabal of Yates, Rowling and producer David Heyman, who have steered Potter et al from the start), given that we know that with one flick of the whip, monstrous Mads would be out of the starting gate, champing at the bit.

The franchise’s sweet side, by contrast, is working a treat. Eddie Redmayne’s Newt Scamander, a “magizoologist” who can form a bond with the most unlikely crustacean but is barely able to look most humans in the eye, is a constant delight; his shy uncertainty chimes with audiences in a way that superheroes can’t. Law conveys Dumbledore’s melancholy — and his secrets — with both warmth and gravitas. Of the series’ other appealing two-footed creatures, we see disappointingly little of Katherine Waterston, whose role as Newt’s crush Tina has been pared back to a shred — another strange decision — but a good deal of Charms teacher Eulalie Hicks (Jessica Williams), a zippy new heroine with the vocal stylings of Katharine Hepburn at her most imperious. More of her, please.

And the eponymous creatures themselves are more glorious than ever; hooray for the bird that inflates to become a hot-air balloon and the dancing scorpions, central to the film’s funniest scene (and its most gruesome; they eat dead people). One of the beasts does, in fact, play a role in the central story: the qilan, which has illuminated scales but most closely resembles a faun and has a unique ability to see into the human soul. When a new leader is selected, a baby qilan is summoned to judge the candidates; it will bow on its shaky little cervid legs only to one who is pure in heart. Grindelwald’s greatest obstacle to ruling the world is passing the qilan test but, of course, he has an evil plan to deal with that. Rigged elections: he’s the maestro.

As I said, there is much more going on here. Too much to describe; too much altogether. A whole running subplot about Credence (Ezra Miller), the central character in the first Fantastic Beasts who has since been revealed to be a Dumbledore; a new prominence for Muggle Jacob Kowalski (Dan Fogler) who is persuaded that he is essential to the fight against Grindelwald, although neither he nor we find out why. Meanwhile, he pines for Queenie (Alison Sudol), his witch girlfriend who has inexplicably gone over to the Dark side.

Quite a few of these plot threads hang loose, making no sense. There was an entire chase sequence where I had no idea who was doing the chasing. That didn’t make sense either. But never mind. It’s the Wizarding World. It’s fun to be there, along with the lovely beasts. The fans love it. And perhaps that’s enough. More than enough, all round.