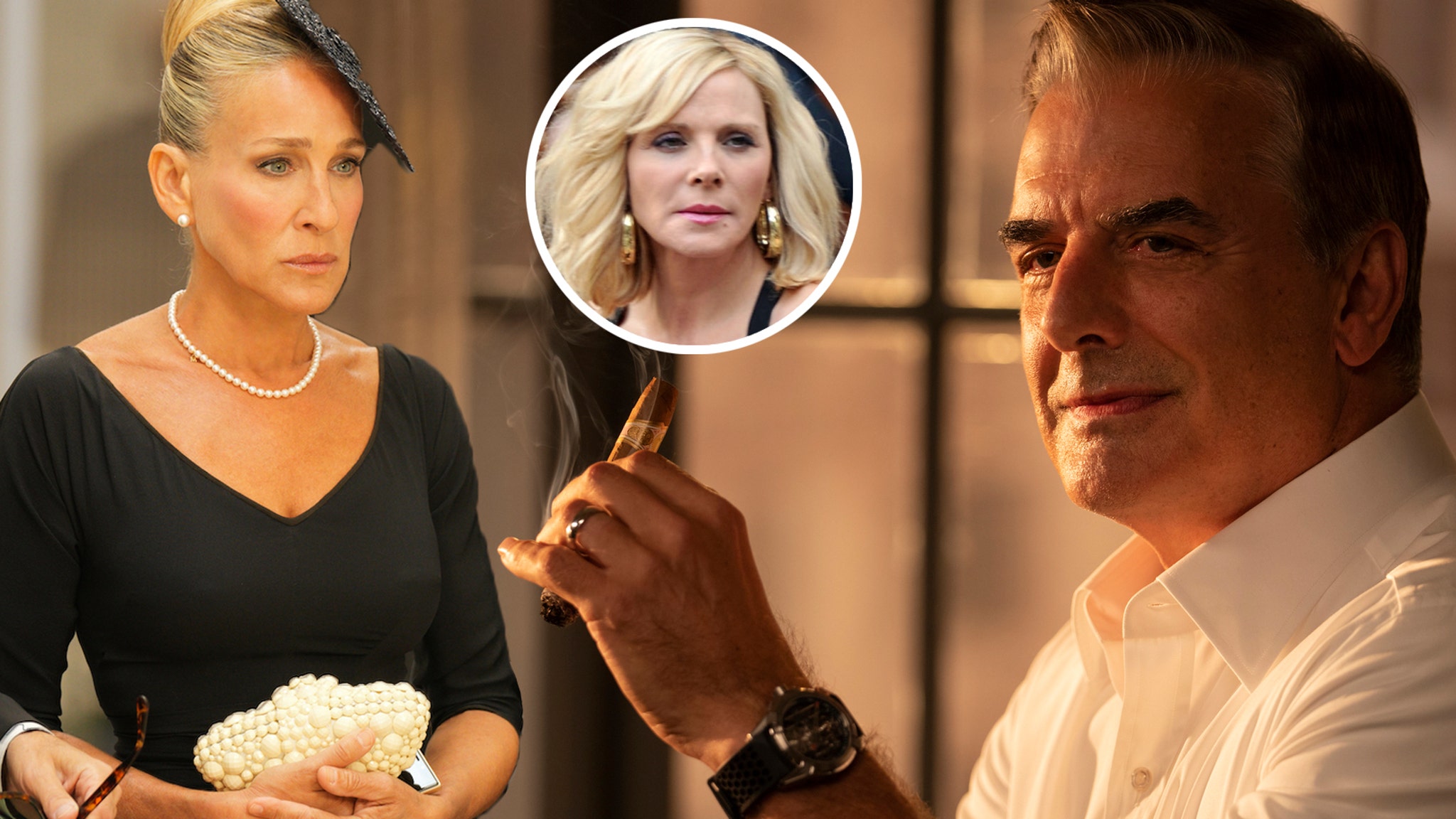 One real-life Peloton instructor’s comments are getting flooded … while viewers take to Twitter to talk “Samantha disrespect” and so much more.

This should go without saying … but if you haven’t watched the first two episodes of HBO Max’s “Sex and the City” revival “And Just Like That,” stop reading now, go watch them and then come right on back. Because we’re headed into serious spoiler territory.

After waiting through 17 years and two not-great movies for the show to return, fans tuned in Thursday to see what Carrie, Miranda, Charlotte and Samantha were all up to now. Of course, without star Kim Cattrall’s participation, the heavy lifting was put on Sarah Jessica Parker, Cynthia Nixon and Kristin Davis — and, well, things are pretty dour in NYC.

The first episode ended with Mr. Big (Chris Noth) dying from a heart attack after an especially energetic ride on his Peloton. The second half hour revolved around Carrie’s grief and Big’s funeral. Throughout the two episodes, viewers learned Miranda has gone back to school, her teenage son with Steve is a total horndog, Charlotte’s struggling to understand one of her two daughters and Stanford and Anthony are having relationship woes. Throw in some new faces, a podcasting gig for Carrie and a strained relationship for the main trio with an off-camera Samantha and you’ve got your show.

As longtime fans caught up with their on-screen friends, many took to social media while watching to either react to or complain about what they saw. Obviously, Big’s death got everyone talking — as some expressed shock and sadness over the loss, while others cracked Peloton jokes or were outraged they’d off such a major character.

Are you telling me after ALL these years, the only thing the writers could think of was to kill off Mr. Big in the first episode after a Peloton workout?!

This is the MOST disrespectful shit…

I haven’t been this mad over a show since Shonda killed McDreamy. #AndJustLikeThat pic.twitter.com/69kJw3bCB2

Peloton on 8 Dec: Yay, we have a product placement on #AndJustLikeThat 🎉

Aidan on his bike today pic.twitter.com/s3r0vOC2eb

AND THE WEDDING SHOES WAS THIS NECESSARY HONESTLY #AndJustLikeThat pic.twitter.com/6UeNJBicA6

And that’s how I looked after watching the first two episodes of #AndJustLikeThat pic.twitter.com/rUpuqbheWJ

While Big’s Peloton ride didn’t actually kill him — it was made very clear he’s had ongoing health issues and the biking was actually encouraged by his doctor — the at home workout system faced a lot of heat following the premiere.

The company actually had to release a statement saying that while they aware the bike would be used on the show and that their real-life instructor Jess King would be involved as the fictional Allegra, HBO didn’t tell them “the larger context surrounding the scene” in question.

Though King has been sharing a number of her followers’ Stories celebrating her appearance on the show to her own page, she hasn’t said anything about Big’s death just yet. That hasn’t stopped viewers, however, from flooding her most recent posts with comments like, “SO YOU THE ONE WHO KILLED BIG!!!!!!!!!!!”, “Omg! You killed Big!!!” and “Oof you’re forever linked to the most traumatic tv character death I’ve seen. Why?”

How the return also treated Samantha — she moved to the UK after Carrie fired her as her publicist and they haven’t spoken since — also rubbed quite a few viewers the wrong way.

Many didn’t believe such a fallout would be possible, or that Samantha wouldn’t immediately drop everything and show up for Big’s funeral.

Kim cattrall should do a peloton ad

Kim Cattrall seeing what they did to Samantha #AndJustLikeThat pic.twitter.com/JzcZgTgofP

I’m sorry but there is no way Samantha Jones would ghost her friends #AndJustLikeThat pic.twitter.com/hh1DsYNPpM

Put more respect on Samantha Jones. She was the most understanding friend in that group and would never go ghost like that. Lazy-ass writers. #AndJustLikeThat

That being said, a lot of viewers also broke down when it was revealed Samantha sent one of the nicest flower arrangements ever to be placed atop the casket.

When Carrie opened the card and saw Samantha sent the flowers #JustLikeThat pic.twitter.com/FEzLcNxsC4

See more funny reactions to the premiere episodes below, as viewers take aim at poor little Lily, Miranda’s possible romance and the fact she apparently doesn’t listen to podcasts.

It’s time we point out the real villain of Sex and the city. Every time she pops up, something bad happens. She a thief who also ruined charlottes vintage cream Valentino skirt and now ppl are dying. #lockherup #AndJustLikeThat pic.twitter.com/GZIOTt9MNn

you can literally skip the fighting and kiss now #AndJustLikeThat pic.twitter.com/1GFvIo7eZo

my only note on the Sex and the City reboot is there is NO universe in which Miranda refuses to listen to podcasts. She is a Michael Barbaro every morning person and I refuse to believe otherwise

Okay, there’s no way in hell Miranda wouldn’t be into podcasts.

Miranda doesn’t listen to podcasts?? Who wrote this?

New episodes of “And Just Like That” drop Thursdays on HBO Max.