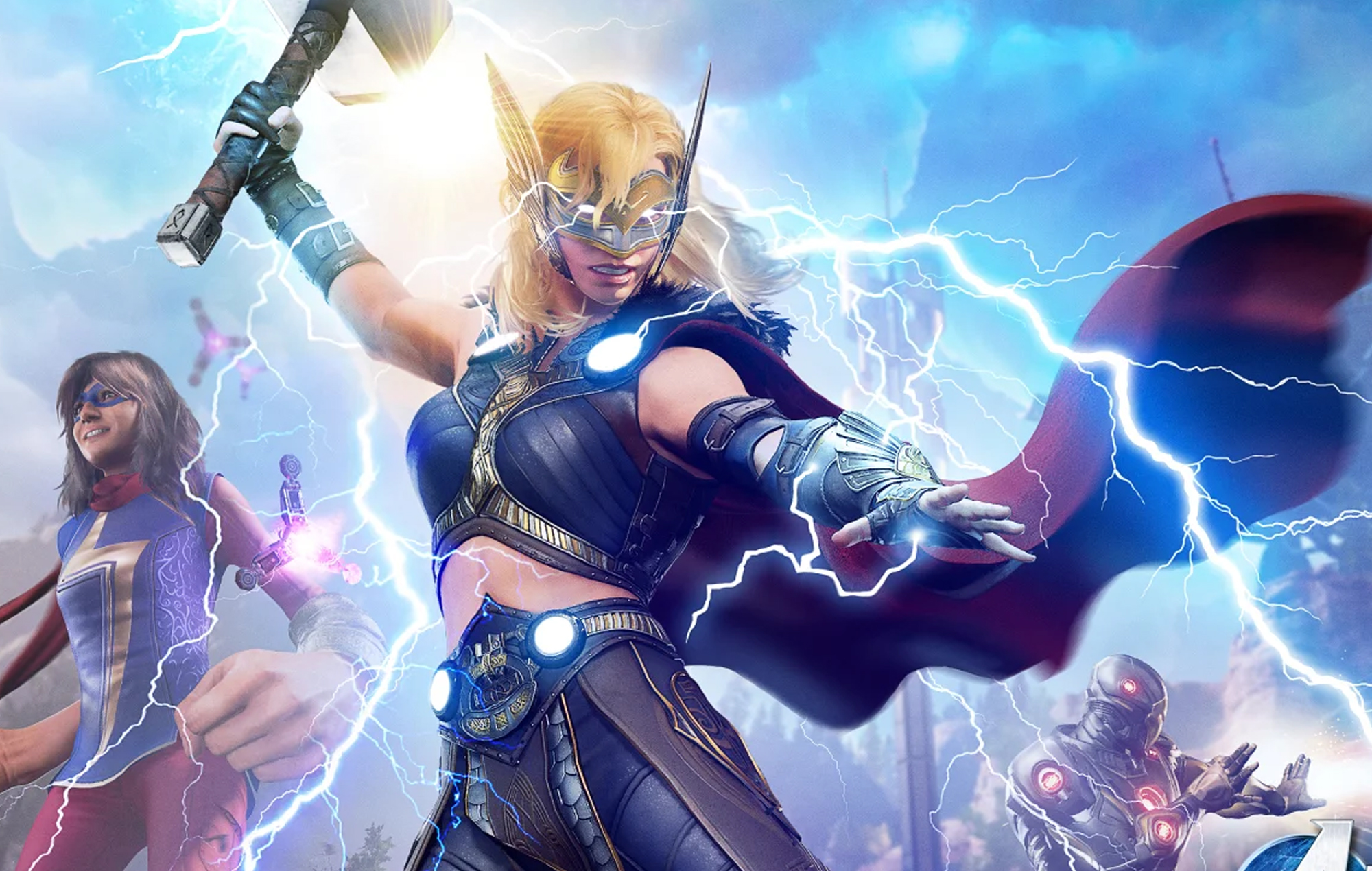 Square Enix has announced that Jane Foster’s Mighty Thor is coming to Marvel’s Avengers next week.

Sharing the news yesterday on Twitter (June 22), the publisher revealed that the Mighty Thor will be headed to the game as part of the previously announced free 2.5 update on June 28.

“Jane’s Mighty Thor is an unstoppable force of nature that new players and seasoned vets alike will want to experience,” said Marvel’s Avengers art director, Jeff Adams. “We hope that you enjoy the assortment of awesome outfits created for her.”

Gaze upon the glory of the Mighty Thor!

Art Director Jeff Adams is here to discuss the design philosophy in some of the Mighty Thor’s iconic comic-inspired Outfits.

As the new developer blog further explains, Jane Foster will also receive four outfits after her release. Her base “iconic” costume, which is featured in the official artwork, is the Asgardian Odinson armour, complete with the winged mask and red cape.

The Mighty outfit is probably her most recognizable one as it’s a “faithful reinterpretation of her instant-classic design from Thor#1 (2014)”. The costume is complete with Norse-inspired detailing and looks just like the memorable comic book version.

The third outfit is the Valkyrie, a nod to when Jane evolved from the Mighty Thor into Valkyrie in the comics. This look features Jane in silver and blue armour, but she has brown hair instead of blonde.

Finally, there’s the Thordis outfit, inspired by the comic book What If? #10 (1977). This is a classic recreation of Jane’s costume featured in the issue and is very similar to Thor’s own, minus the pants.

It seems that Jane Foster will be arriving ahead of the release of Marvel Studios‘ Thor: Love and Thunder which features the return of Natalie Portman in the role.

In other news, a new Star Wars: Knights Of The Old Republic 2 temporary workaround has been provided to players to address the recently reported game-breaking bug.