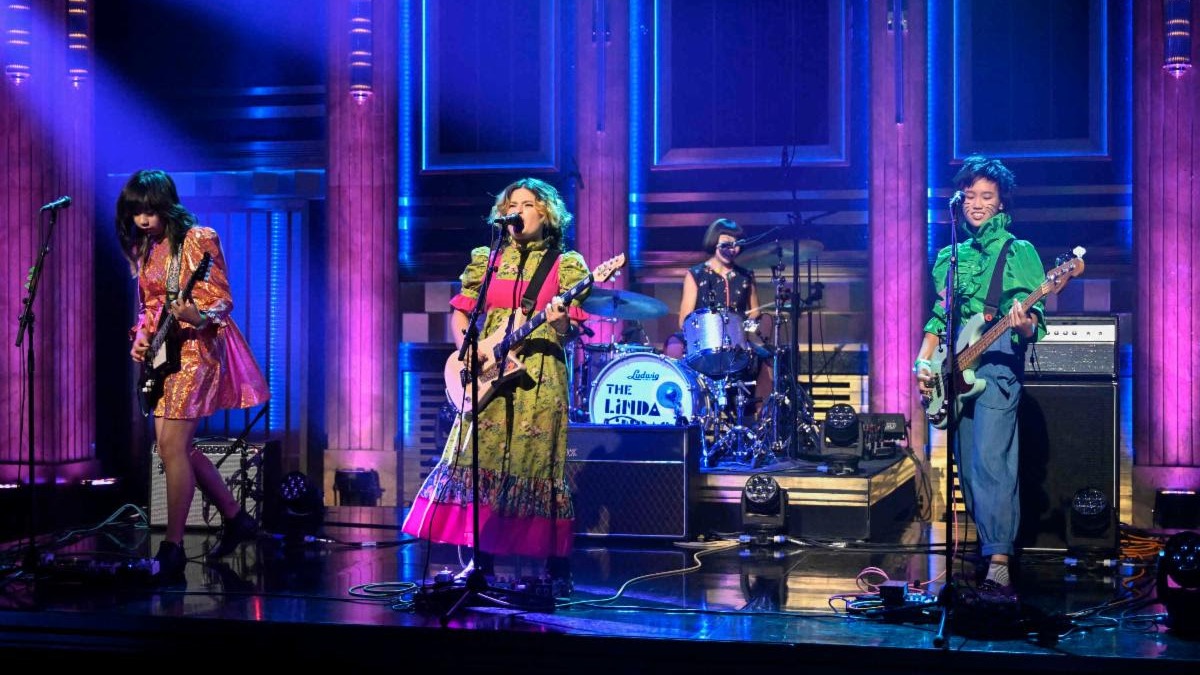 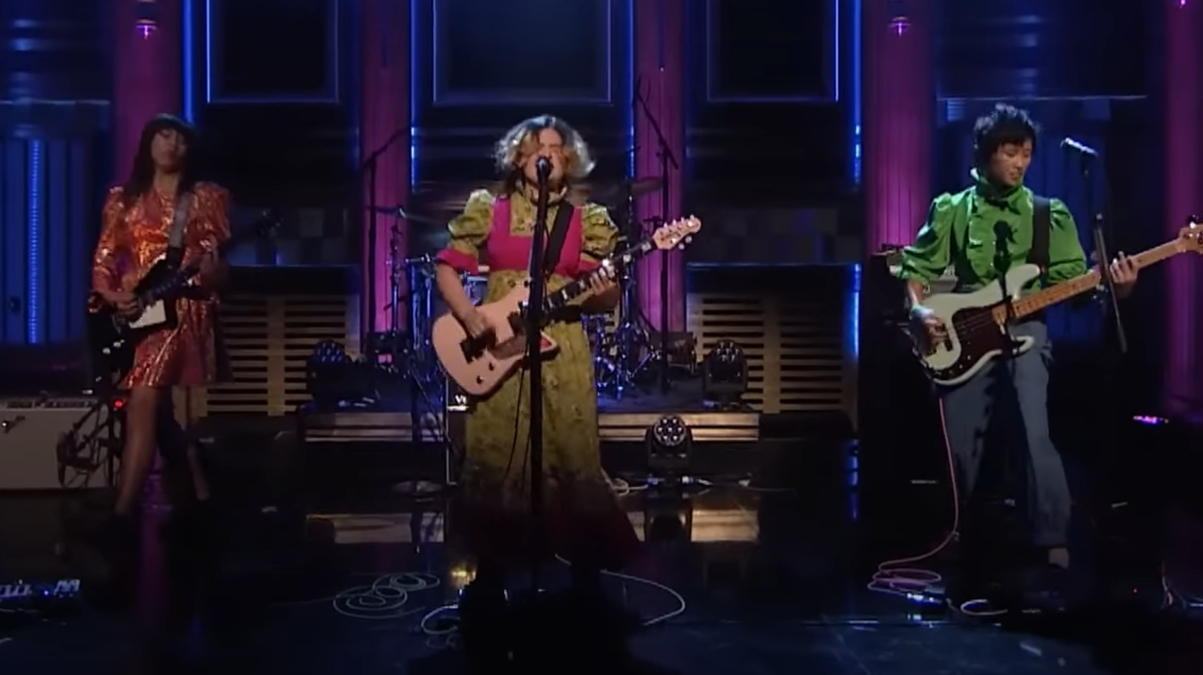 Teenage punk sensations The Linda Lindas stopped by The Tonight Show Starring Jimmy Fallon on Monday night in celebration of their recently released debut album, Growing Up. During the appearance, they threw it back to “Oh!,” which marked the band’s first single on Epitaph Records when they signed to the famed label last year. Watch the replay below.

Displaying musical chops and chemistry beyond their years, the band of sisters Lucia and Mila de la Garza, their cousin Eloise, and friend Bela Salazar — whose ages range from 11 to 17 — ripped through the bruising opener to their LP. The teenage angst lyrics of “Nothing changes, it’s all the same/ What can I do, what can I do?” sadly are just as applicable to your pick of recent news.

The Linda Lindas dropped Growing Up in April on the heels of their breakout single “Racist Sexist Boy” (and an appearance on Kimmel) as well as “Nino,” “Talking to Myself,” and the title track, the latter of which they performed on Corden. Shortly after the album’s release, they returned to the site of their viral library performance for an NPR Tiny Desk (Home) Concert.

Be sure to check out our interview with the budding young stars, as well as their conversation with Amy Poehler. In July, The Linda Lindas will hit the road in support of Japanese Breakfast on a handful of tour dates before opening for Yeah Yeah Yeahs in the fall. See the full schedule below, and grab your tickets here.