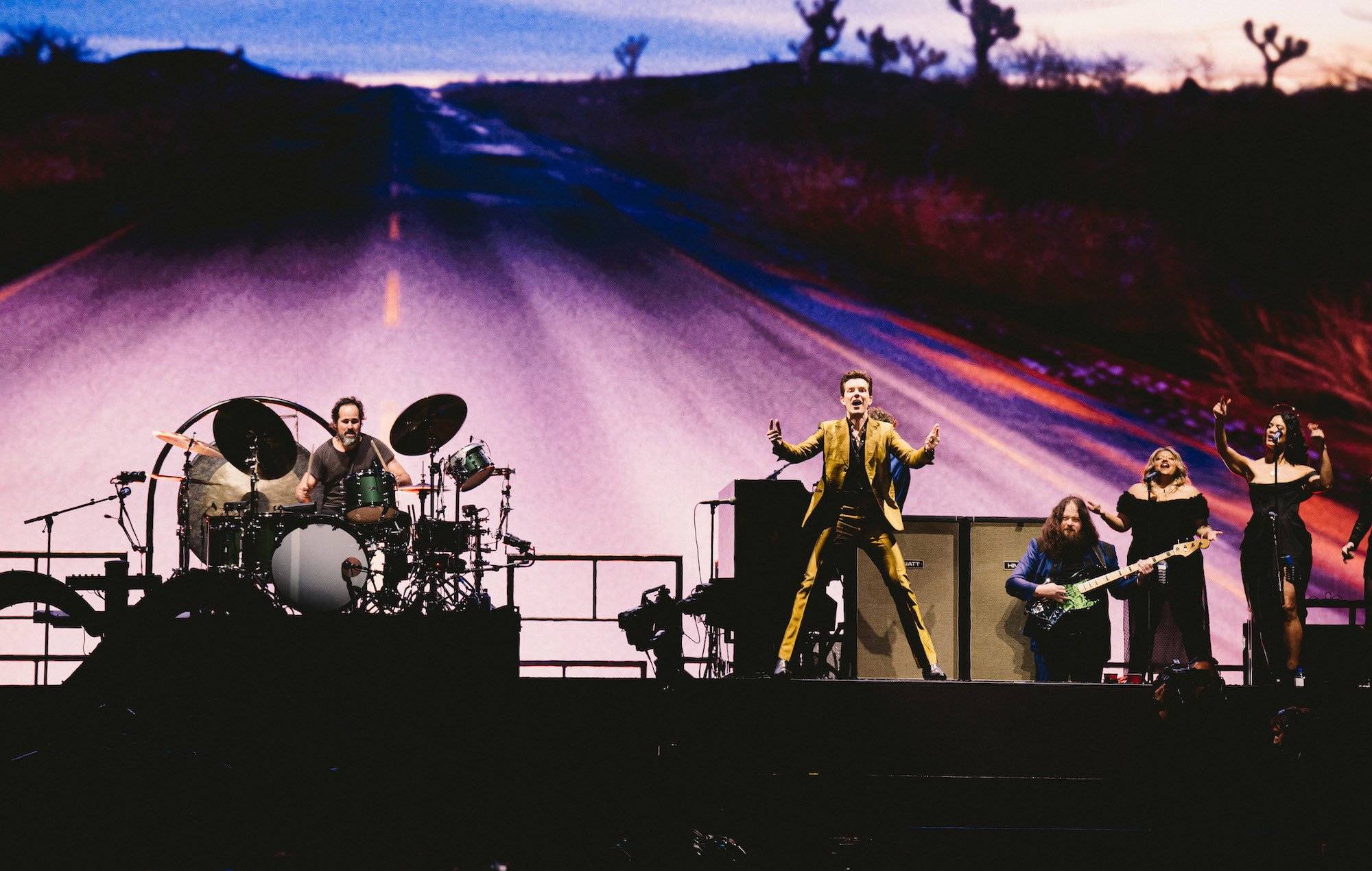 The Killers kicked off their 2022 UK stadium tour in Doncaster last night (May 24) – see photos, video, reaction, the setlist and ticket details for remaining gigs below.

After playing an intimate tour warm-up in Sheffield last week (May 17), Brandon Flowers and co. played the Eco-Power Stadium, home of Doncaster Rovers FC, last night to open their tour.

At the show, they played tracks from across their seven studio albums, as well as a handful of covers.

Among the cover versions were the band’s classic rendition of the Joy Division hit ‘Shadowplay’ and a version of ‘The First Time Ever I Saw Your Face’, the 1950s track written by Ewan MacColl for Peggy Seeger and popularised by Roberta Flack.

The set began with ‘My Own Soul’s Warning’ and ended with a four-song encore including ‘Hot Fuss’ tracks ‘Midnight Show’ and set closer ‘All These Things That I’ve Done’.

For the opening track, the band were backed by crashes of lightning on the big rectangular screen, with massive screens also flanking them on either side.

See footage and photos from The Killers’ tour opener in Doncaster below, alongside the full setlist and remaining tour dates. Find any remaining tickets here.

‘My Own Soul’s Warning’
‘Enterlude’
‘When You Were Young’
‘Jenny Was A Friend Of Mine’
‘Smile Like You Mean It’
‘Shot At The Night’
‘Blowback’
‘Running Towards A Place’
‘Mr. Brightside’
‘Somebody Told Me’
‘Fire In Bone’
‘Shadowplay’ (Joy Division cover)
‘Run For Cover’
‘Runaway Horses’
‘A Dustland Fairytale’
‘First Time I Ever Saw Your Face’ (Ewan MacColl & Peggy Seeger cover)
‘Runaways’
‘Read My Mind’
‘Dying Breed’
‘Caution’

Additionally, the band are set to appear at various European festivals this summer, including Open’er Festival in Poland, Mad Cool in Spain and Lollapalooza Stockholm in Sweden.

The Killers’ seventh studio effort, ‘Pressure Machine’, came out in August 2021. The group shared seven new songs on a deluxe edition of the record in March.