There will never be an actor with the bad-boy charm or raw talent quite like the late James Dean.

The 1950s star was once labelled the “most promising young cinemactor of 1955” by TIME magazine and had earned his status as a certified heartthrob thanks to his role in Rebel Without a Cause.

However, Dean’s flourishing career was cut short at the young age of 24 on September 30, 1955, when his Porsche 550 Spyder was involved in a fatal head-on collision on a California road.

READ MORE: Freeze Frame: The ‘feud’ between Julie Andrews and Audrey Hepburn that ended with this Oscars photo

Then, an oncoming Ford Tudor came veering over the wrong side of the road.

Dean attempted to “sidestep” the Tudor, but his car smashed into the other head-on. He died at the scene and took his last breath in the arms of his friend, Bill.

His last words were said to be: “That guy’s gotta stop, he’ll see us.”

The driver of the Ford, Donald Turnupseed, miraculously survived the crash with only minor injuries.

As is with most celebrities who die young, Dean’s legendary status only grew in death.

And a final haunting image of Dean, taken hours before the fatal crash in 1955, soon became one of the most famous celebrity images of the 20th century.

It is one of the last known pictures of the late actor alive. In the photo, Dean was pictured filling up his Porsche – which he nicknamed ‘Little Bastard – at a gas station in Sherman Oaks, California.

After topping up the tank, Dean hopped back into his car and sped off to his death site.﻿

The gas station, which is called Blackwell’s Corner General Store, now pays tribute to Dean with a giant cut-out of his face at the entryway.

Strangely, Dean’s death was also shrouded in a cloak of mystery and mythology.

As is with most celebrities who die young, Dean’s legendary status only grew in death

In an oddly foreboding move, Dean had filmed a PSA for safe driving before his untimely demise, warning viewers: “Take it easy, the life you might save might be mine.”

Many people regarded his beloved Porsche as “cursed”. In his 1985 biography Blessings in Disguise, late actor Sir Alec Guinness claims he warned Dean about the car.

Guinness said he and his friend, actress Thelma Moss, had bumped into Dean while trying to find somewhere to eat dinner in Los Angeles a week before his death.

Dean told the pair his Porsche had “just been delivered”. But Guinness said he warned the late star to never drive it.

“Please, never get in it. It is now ten o’clock, Friday the 23rd of September, 1955. If you get in that car you will be found dead in it by this time next week,” he supposedly told Dean.

As history would prove, Dean was dead the following Friday.

The man who bought the wrecked Porsche after the fatal crash was also involved in a series of mysterious accidents and car crashes. In 1959, a garage storing the ‘Little Bastard’ reportedly caught fire.

James Dean died young and with that, his legend was immortalised forever at age 24.

Even 67 years after his death, he is pervasive in pop-culture. Images of him are sold as priceless pieces of art all over the world and his name is mentioned in many iconic songs, including Don McLean’s American Pie and Taylor Swift’s Style.

Dean sits among the ranks of Marilyn Monroe, Jim Morrison and Princess Diana as an icon whose potential was snuffed from this world far too soon. 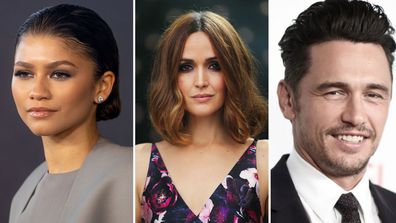 Celebrities and their old-school Hollywood doppelgängers