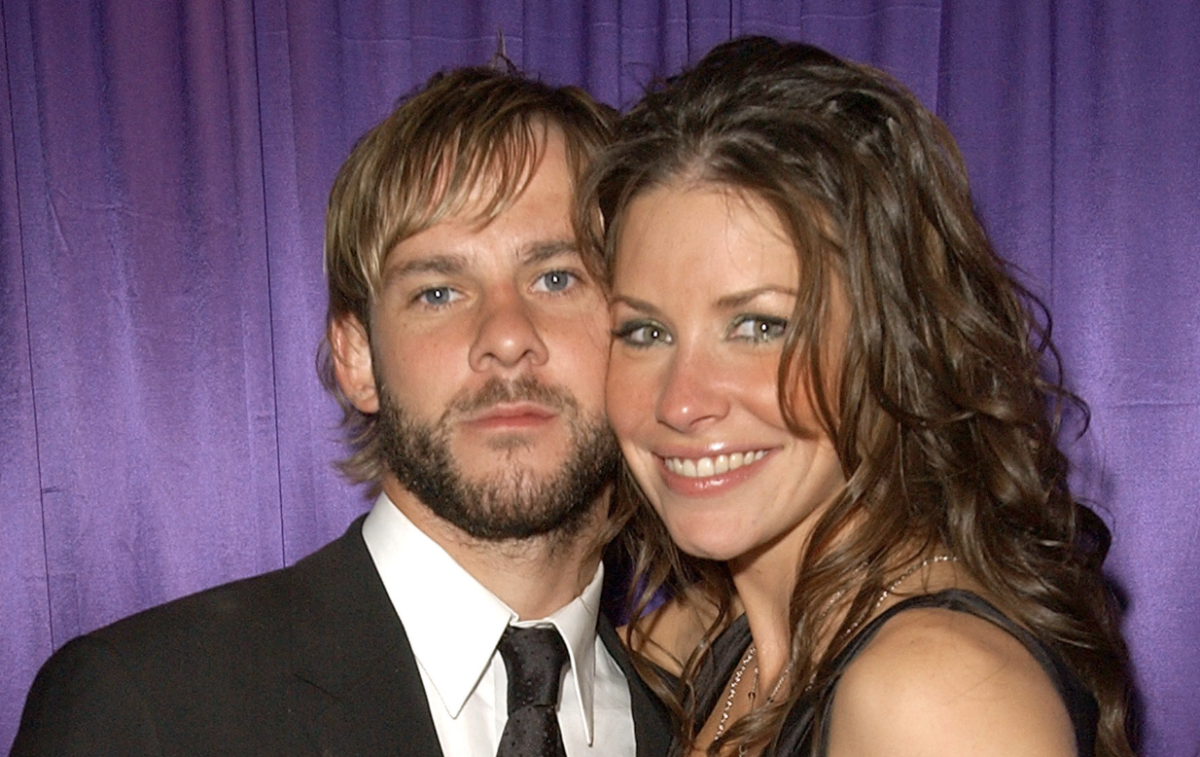 Dominic Monaghan is getting brutally honest about heartbreak and sobriety.

In an interview with Anna Faris for her podcast Unqualified, the Lost alum, 45, opens up about his breakup with fellow co-star Evangeline Lilly, 43, saying he found out she cheated on him while the duo was filming the hit series, which ran from 2004 to 2010, in Hawaii.

“I’ve only really got my heart broken once in my life,” the British actor began. “I was dating an actress on Lost called Evangeline Lilly, who, you know, has gone on to have a name all of her own. And yeah, you know, I don’t really know how she would explain the narrative, but from my point of view, it was probably the first time in my life that I was just kind of all in.”

The Lord of the Rings star and Lilly dated from 2004 to 2007 before calling it quits.

Monaghan admitted that, at the time, he and Lilly were “exploring” the idea of kids and marriage; but he was also battling his own demons, including a heavy addiction to drugs and alcohol, which didn’t sit well with Lilly as their relationship grew more serious.

“I was always the guy that wanted more. I always wanted to drink more, take more, stay up the latest, go on benders. And I just thought that she was OK with that,” he said. “I think probably she was consistently exploring the idea of like, ‘Well, this is OK for a time, but, you know, he’s not gonna be a great dad or a great husband because he’s got all this work to do,’ which I certainly did.”

“I think she was kind of looking around to see what else was an option, and unfortunately, there was a little bit of a crossover, which was pretty upsetting for me,” he continued. “It just kind of exploded in my face.

While the pair didn’t explicitly comment on their breakup at the time, Monaghan admitted that she’d cheated on him in a 2013 tweet when he replied to a message that read, “Evangeline looked unreal in The Hobbit, man oh man,” writing, “Nah. I don’t date cheaters.”

Monaghan elaborated on the experience to Faris, explaining that someone had informed him that Lily was cheating on him with someone else while they were still filming Lost.

“To say I was devastated is an understatement,” he said. “I had to be told by a third party like, ‘You do realize that she’s with this guy,’ when we were together. And I was like, ‘Wait, what?’ And this person was like, ‘Yeah.’”

“I genuinely think that they were trying to help,” he said of the messenger, whom he doesn’t call out by name. “They were just kinda like, ‘You don’t have all of the facts, and we do. And there’s kind of a chance that, you know, the island of Oahu is laughing at you. And I was like, ‘Oh, well, thank you for the transparency.'”

The actor explained the Lost crew “filmed in every location, every beach” on the island of Oahu, so there was no escaping the gossip. “I just kinda felt like, oh, so the entire film crew knew and were keeping a secret for her,” he explained. “And I just kind of would show up and be like a monkey’s asshole.”

There is a silver lining, though. While the experience was devastating, Monaghan says it gave him the fuel he needed to straighten himself out.

“I’ve broken up with girls before, and when I’ve looked at it I’ve thought, ‘Well, she’s a lovely person, but it was never gonna work. It was just never gonna work. There were things that weren’t gonna work out,’” he shared. “But certainly, when I was with Evie, I was like, ‘This is fine. The little things that, you know, we’re working on, we will figure out. And we will make beautiful shapes with each other into eternity.’

“I think like losing that potential was super sad, but it also got me to where I am as a person. So I’m very happy that it all happened,” he added.

That clarity, he explains, welcomed new perspectives on love and what the future holds.

“It’s probably the number one thing that I’m the most positive about in my life,” he said of his relationship with love. “And I challenge a lot of people to kind of not lose hope and not feel like it’s messed up.

“You can be cynical about money, and you can be mindful about who you spend your time with and things like that, but in terms of love, you just have to kinda surrender and see what happens,” he added. “And you know, that’s the other thing with love, is that I want it to be effortless. I don’t wanna work at it. You’re gonna work later when there’s a mortgage, and there’s bills, and when there’s arguments that you need to get through.”

In terms of falling in love, Monaghan hasn’t given up hope. “I want it to [sweep] me off my feet, and overwhelm me, and be a beautiful thing,” he says.