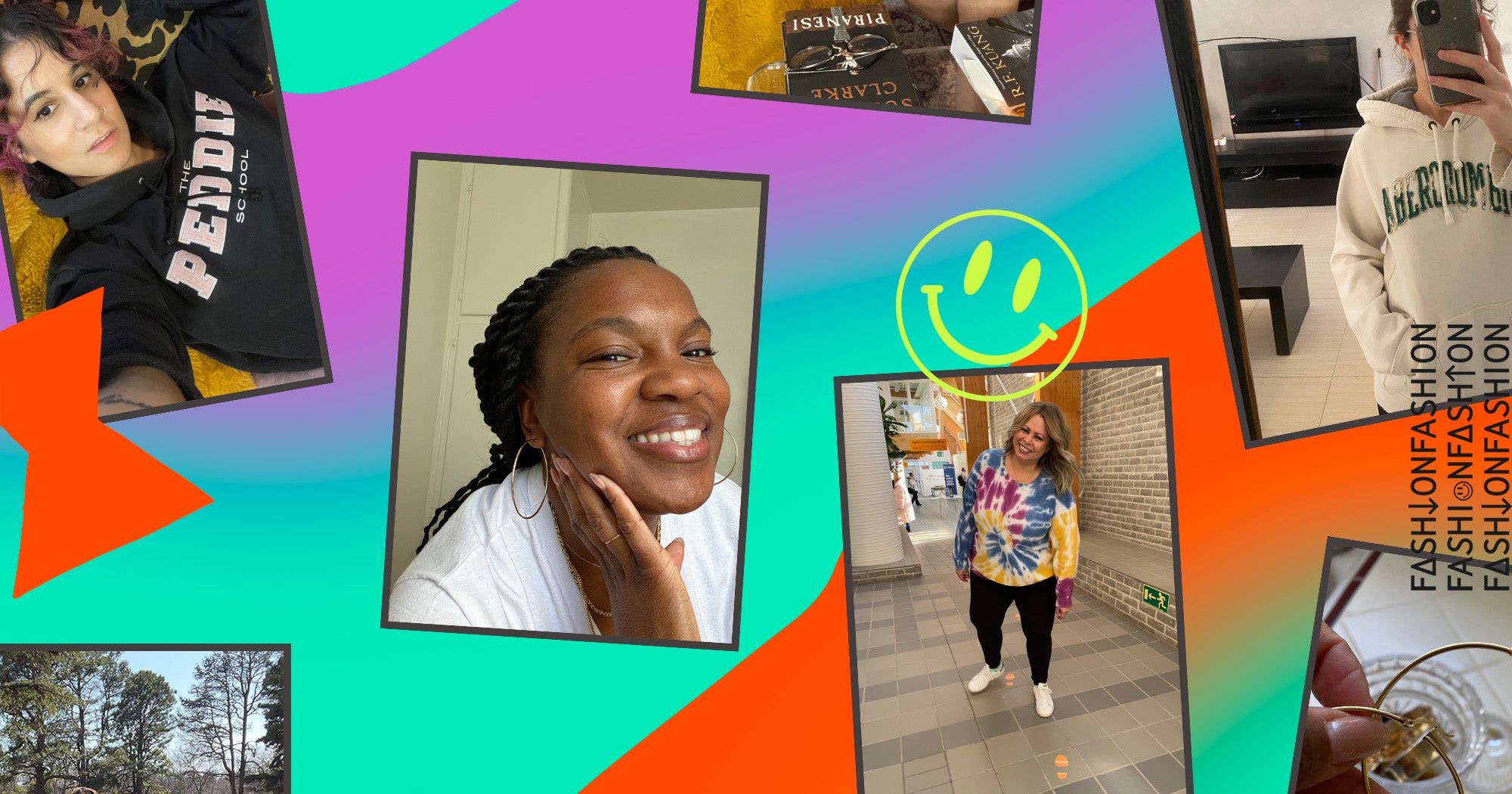 “A few years ago, my best friend Z was going through a really tough time after breaking up with his girlfriend. I would go around to his house every day after work and just sit with him so he wasn’t alone. One day, it was unexpectedly cold, and I asked to borrow a hoodie. When he saw how happy I was in it, he said I could wear it home and bring it back the next day. I ‘forgot,’ and somehow, when I packed up to move to the Middle East a few months later, the hoodie ended up in my suitcase. I haven’t seen Z since December 2019. He gives the best hugs, and when I was going through a shitty breakup of my own here in the Middle East, feeling very alone, Z told me to call him every time I felt like calling my ex. But all I wanted was a hug. His sweatshirt was the best substitute for that. It’s something about the weight and coziness of it that physically feels like being hugged, and it’s silly because it’s just fabric and doesn’t even smell like him anymore, but whether I put it on because I’m sad or I’m cold, that sweatshirt has got me through two and a half years apart and missing him all the time.” — Hannah