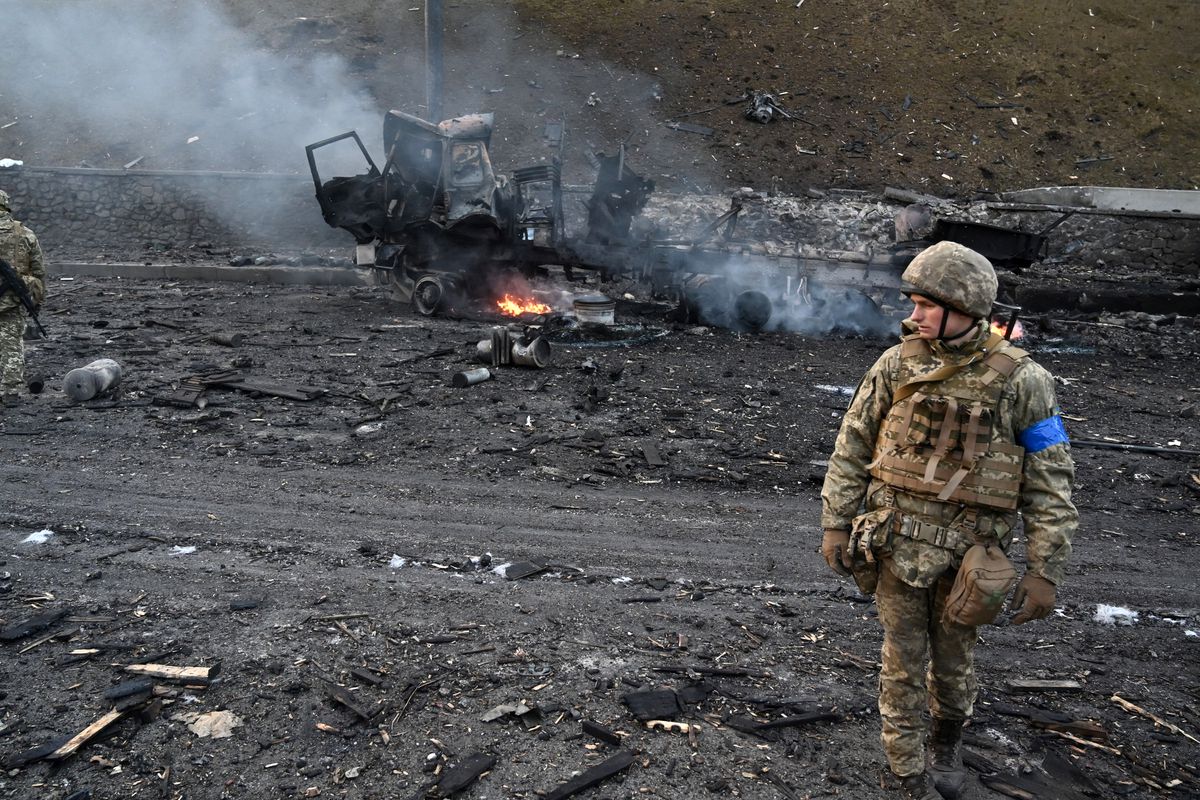 Aleksandr Volodarsky and Vasyl Dzesa, founders of a Ukrainian IT startup Lemon.io, speak on how they prepared for war, operating during war, learning from mistakes, and how their future looks.

Vasyl and Aleksandr have been through a lot lately. Ever since the war started in their country, they have been tirelessly working to keep their company going: taking care of their people, changing processes and business goals, covering for those who cannot work, and making sure the company is up and running.

As the threat of the war was looming over Ukraine, Aleksandr and Vasyl worked to create a plan in case of emergency, but as we will explore in this article they felt they didn’t really prepare. “You don’t know what you don’t know,” said Aleksandr. “When you have never been through a war, you don’t know so many things that can go wrong.” The plan was to continue working as much as possible, to pay staff double advance on salary; and to start paying developers twice a month (instead of once, as earlier). The company has also announced that everyone enlisted in the army/self-defense or volunteering gets their regular monthly salary.

Though the news of the war threat appeared in the media in December, many did not believe it would actually happen. “We thought about it as a very improbable scenario, so we prepared for it not as good as we should have from the risk management perspective,” says Vasyl.

At the beginning of this year, the company planned exponential growth, now those plans have changed completely. On February 24th, as Russia started a full-scale war in Ukraine, the first war of this size on the European continent since World War II, founders of Lemon.io found themselves dealing with issues they have never dealt with in their entire life. “The most important thing is to move your people to safety. We have talked about it before the war started, but there are so many details that we didn’t think about. Things like family ties, and that people want to make their own decisions. Some people depend on their family members, who do not want to leave their home and everything they have ever known. Some people want to go to their relatives or friends. We did not think that the roads would be closed or that it would be impossible to find drivers,” Aleksandr explains.

Because of its business model, Lemon.io (a marketplace connecting European web developers with American startups) continues to have a good stream of clients, but its developers that were mainly located in Ukraine are suffering. “Our developers are mainly men, so many of them are being drafted to the army. And those who have not been yet, might be very soon,” says Vasyl. “This is why we are focusing right now heavily on expanding our developer pool to other countries. We have opened up to 22 new countries last week and are seeing a great interest from European developers.”

Aleksandr shared what the current situation of the company is like: “We are definitely experiencing losses but because of our business model, they are only around 5-10%. It doesn’t look like it is going to be worse. And that is considering the fact that most of the employees didn’t work the first week of the war, as many were on the road, traveling to safer places. Here I mean freelancers, because our revenue depends on the amount of work they are doing. It is a little difficult for us to grow right now because many of the freelancers are either unavailable or working part-time. So we had to cut down on some of our processes, like improving functionality or optimizing the product on the marketing side. Some of the developers joined the army, others work part-time and volunteer part-time, our CTO has been drafted to the Territorial Defense Forces, our CMO has also been drafted. We, as a business, are functioning but are no longer hoping for a big growth because so many people are unavailable. My biggest challenge right now is to run the company without a few of our key players and their expertise. We are working hard on setting up all of the processes and keeping everyone’s spirits up. It is definitely challenging to manage all of that, but we can pay our employees, so that is good. We are hoping to still have some profit which we’ll be donating to the war efforts.”

Now with some of the experience of running a business during the war, Alexander shared his perspective on how a company can prepare for that kind of situation:

“I would start with relocating personnel and their families. I wish we would have done that. Though it might not be easy, as that decision depends usually not only on people themselves but also on their family members. I think there is nothing more valuable than human life. When people are relocating with their families, they feel more secure and can be more dedicated to their work.

Another piece of advice is to diversify as much as possible. If you depend in some way on a country that is on the bridge of war, try to diversify your clients or suppliers, so that if the war begins you can switch to your other markets. We are a marketplace so we have both the clients and the developers to think about. But if an IT company is a product company it might be a little easier.

One thing we did that was a great decision is paying two months advance on salary in cash to our employees and developers. This way people have one less thing to worry about.

Also, if you can’t relocate people it is a good idea to give them some kind of stability. For example, we’ve promised to continue paying salaries as long as we can to those who can’t work due to being in a seized city or drafted into the army. That way, people don’t have to think about losing their job. And if a person knows that they have their job and salary, they could focus on doing their service well and that will definitely influence the outcome of the war.

Another thing would be to donate money to the war efforts. The war is a very expensive endeavor. There are so many needs that may be overlooked, like the food for the soldiers and volunteers, basic clothes, etc.

Also, you need to think about capital efficiency. Because you can’t continue spending money as you did before the war. You need to think about your contractors, how much they charge, look through your subscriptions, maybe you are paying for the products you no longer use or need. Capital efficiency during the war is very important because you need to pay salaries and every extra $300-400 you can save matters.

And the last thing is to figure out how you can replace people. You need to rethink their workload or hire people that depend less on the war.“

With so many unknowns right now it is hard to foresee the future, but Lemon.io founders are optimistic about their company’s and Ukrainian future. “I definitely think Ukraine will be able to rebuild from this war, with people standing together and supporting each other. Our entrepreneurs are used to depending only on themselves and we have already had some big financial crises in the past that we were able to rebuild from, so I am optimistic about the future,” shares Vasyl.