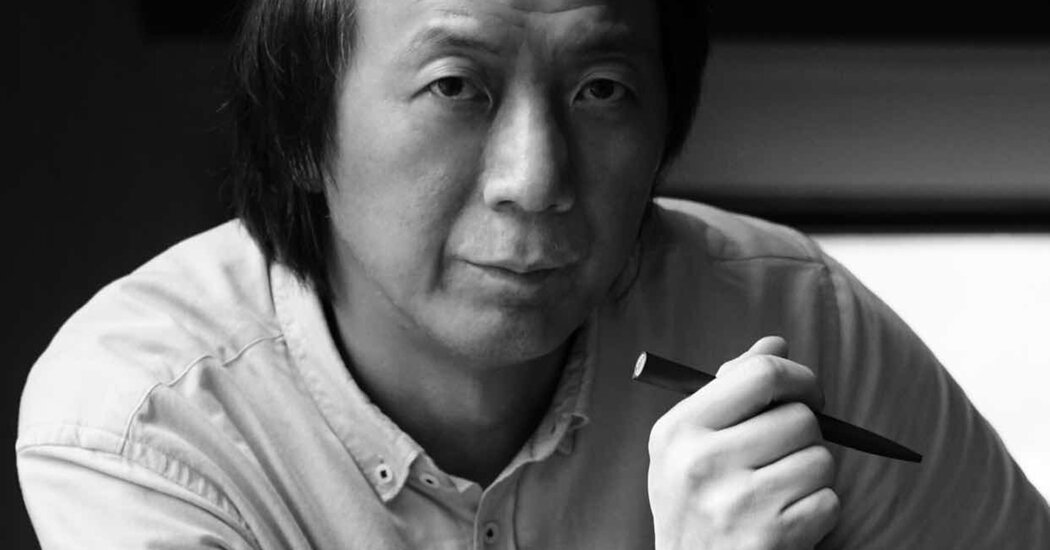 In 2016 Zhang Jianmin was on a visit to Milan when he decided to buy an expensive suit.

The purchase was something of a flight of fancy: Mr. Zhang, founder and president of CIGA Design, a wristwatch manufacturer based in Shenzhen, China, imagined wearing it to the Grand Prix d’Horlogerie de Genève. The annual awards event, commonly called G.P.H.G. or the Grand Prix, is often described as “the Oscars of watchmaking.”

“I told myself, I will only wear this suit on the G.P.H.G. stage when I win the award,” Mr. Zhang recalled on a Zoom call earlier this month, speaking through his interpreter, Liu Rensong.

On Nov. 4 at least part of Mr. Zhang’s ambitious vision came true: CIGA Design became the first Chinese brand to win a Grand Prix prize when its Blue Planet automatic wristwatch, a 46-millimeter titanium model featuring a rotating blue aluminum 3-D globe, beat five other contenders in the Challenge Watch category. (The category is open to timepieces that retail for no more than 3,500 Swiss francs, or $3,800, and was introduced in 2018 to encourage new, value-oriented watchmakers to enter the competition.)

But pandemic travel restrictions kept Mr. Zhang from attending the ceremony. The Italian suit continues to hang, unworn, in his closet.

In the tight-knit world of Swiss watchmaking, China’s dual identity as a manufacturing center and a fast-growing luxury market is well understood. But until the 2021 ceremony virtually no one in the Swiss watchmaking establishment thought of the Chinese as competitors — as the industry’s stunned reaction to CIGA Design’s win underscored.

“There were people gasping all around me,” said Elizabeth Doerr, co-founder and editor of the online watch publication Quill & Pad and a former member of the G.P.H.G. jury, which helps make the final prize selections. (The writer has been a G.P.H.G. member since 2020, but has never participated in prize selections.)

“The other contenders were all very deserving watches, well-made, you know the people behind them, you know their stories,” Ms. Doerr added. “And this made-in-China watch comes out of left field.”

Yet the success of CIGA Design — the initials stand for China International Great Art — hardly happened overnight. Mr. Zhang said he began working on the design that would become the Blue Planet in 2013, the same year he created his first wristwatch, a minimalistic quartz timepiece that won an award from the German international design competition Red Dot for aesthetics that conveyed “exclusivity and a straightforward character,” according to the jury statement.

Inspired by Bauhaus design principles, Mr. Zhang had long sought to bring good design to a wider audience. Born in 1967 in central China’s rural Qinghai Province, on the southern edge of the Tibetan Plateau, he studied industrial design at the Northwest Institute of Light Industry in nearby Shaanxi Province. (In 2002, the institute was renamed the Shaanxi University of Science and Technology.)

In 1993, he moved to Shenzhen, the city of 12.6 million near Hong Kong, where he spent the next 20 years designing graphics, guidance systems for mass transit and civic architecture projects.

About a decade ago, Mr. Zhang said, he saw an opportunity to create affordable watches for China’s emerging generation of fashion-conscious youth. Globally, “there are about 800 years of history of the mechanical clock and 200 years of history of the watch,” he said. “If we compare the watch supply chain in China to Switzerland, we don’t have the advantage to produce high-end watches but there are still some advantages: the cost and the efficiency.”

As he was producing his first watches, Mr. Zhang began doing the technical research to create a single-hand wristwatch, with the goal of subverting hundreds of years of watch and clock design. “When he studied clock history, he saw a lot of innovations during these 800 years, but one thing that’s not changed: They use two or three hands to tell time,” Mr. Liu, the interpreter, said during the Zoom call with Mr. Zhang.

“He wanted to innovate.”

In 2019, Mr. Zhang created the first generation of his globe watch and submitted it to the Grand Prix, where it earned a finalist slot in the Challenge Watch category, the first Chinese brand to advance that far in the competition.

He said he continued to refine the design until he settled on an avant-garde display dominated by the 3-D globe, microcarved to reflect actual terrain data (the design was meant “to remind all of us to protect our only home,” according to the brand’s G.P.H.G. entry). A compass rose served as the hour hand while a revolving minute disk indicated the minutes.

“We call it a nonsynchronous follow,” Mr. Zhang said. “The hour hand rotates 30 degrees and the minute hand rotates 390 degrees. With this technology, one hand can tell time.”

In August CIGA Design produced 48 of the watches, just in time to ship one to Geneva for prize consideration. Anticipating that it would cost a great deal to make enough of the watches for sale, the company priced the model at 1,800 Swiss francs.

“In September, we did a market test with an early adopter edition of Blue Planet, and we found it was very welcomed by consumers, but also there is a strong voice from consumers of ‘do not make it that expensive’,” Mr. Liu wrote in a follow-up email. “In China, 10,000 yuan [about $1,570] is a de facto ceiling for a domestic luxury brand. Thus we reduce its price, and we’re quite sure it will sell.”

Mr. Liu said CIGA Design was deciding how to market the watch globally, and “in the near future,” planned to make it available on Amazon, where its other watches already are sold.

Compared with the brand’s other models — mostly contemporary designs, often featuring a skeletonized dial, that retail for $200 to $400 — the Blue Planet is priced more like an entry-level Swiss timepiece. But Mr. Zhang said he did not intend to take the brand upmarket; keeping CIGA Design’s watches affordable for young buyers was one of his red lines. “We want to make a watch good looking, easy to use and not expensive,” he said.

All of which puts the brand in a good position to capitalize on the growing pressure on Chinese consumers to support homegrown brands, said Christopher A. McNally, a professor of political economy at Chaminade University in Honolulu and an adjunct senior fellow at the East-West Center.

“There is this push in China from the top down, but also from the bottom up, of going more Chinese,” Mr. McNally, an expert on China’s transition to capitalism, said in a recent phone interview. “Look up Gen Z in China — it’s a totally new generation. They have a very different value system from their parents. It’s all about self-identity. And from the top down you have President Xi Jinping saying, ‘Love your country, love your brands.’”

“The payoffs for someone in China for getting such a prize are enormous,” he said. “It’s not just money, it’s good advertising. But it’s also political prestige. I wouldn’t be astonished if he meets Xi Jinping at some point.”