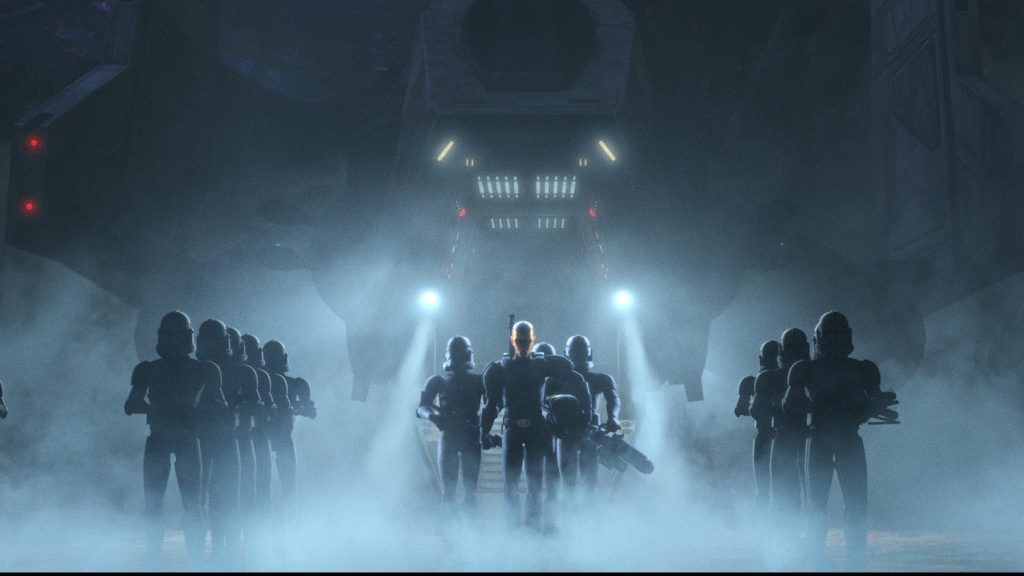 Disney+’s animated series Star Wars: The Bad Batch will premiere its second season on the streaming site in Fall 2022.

The news was announced Sunday during panel with the cast and creatives at Star Wars Celebration in Anaheim.

The series, which revolves around the elite and experimental clones of the Bad Batch that was first introduced in Star Wars: The Clone Wars, was renewed back in August 2021 just ahead of the two-part Season 1 finale.

Picking up just after the events of the Clone War, members of the Bad Batch – who each possess a singular exceptional skill that makes them extraordinarily effective soldiers and a formidable crew — take on mercenary missions as they struggle to stay afloat and find new purpose.

“I really love the choice to center the story around a child. To find not just a soldiers’ way but how to raise a child to find her superpower as this world shifts from the Republic,” Baker said.

“Omega is a little older but she still has so much heart,” Rau said.