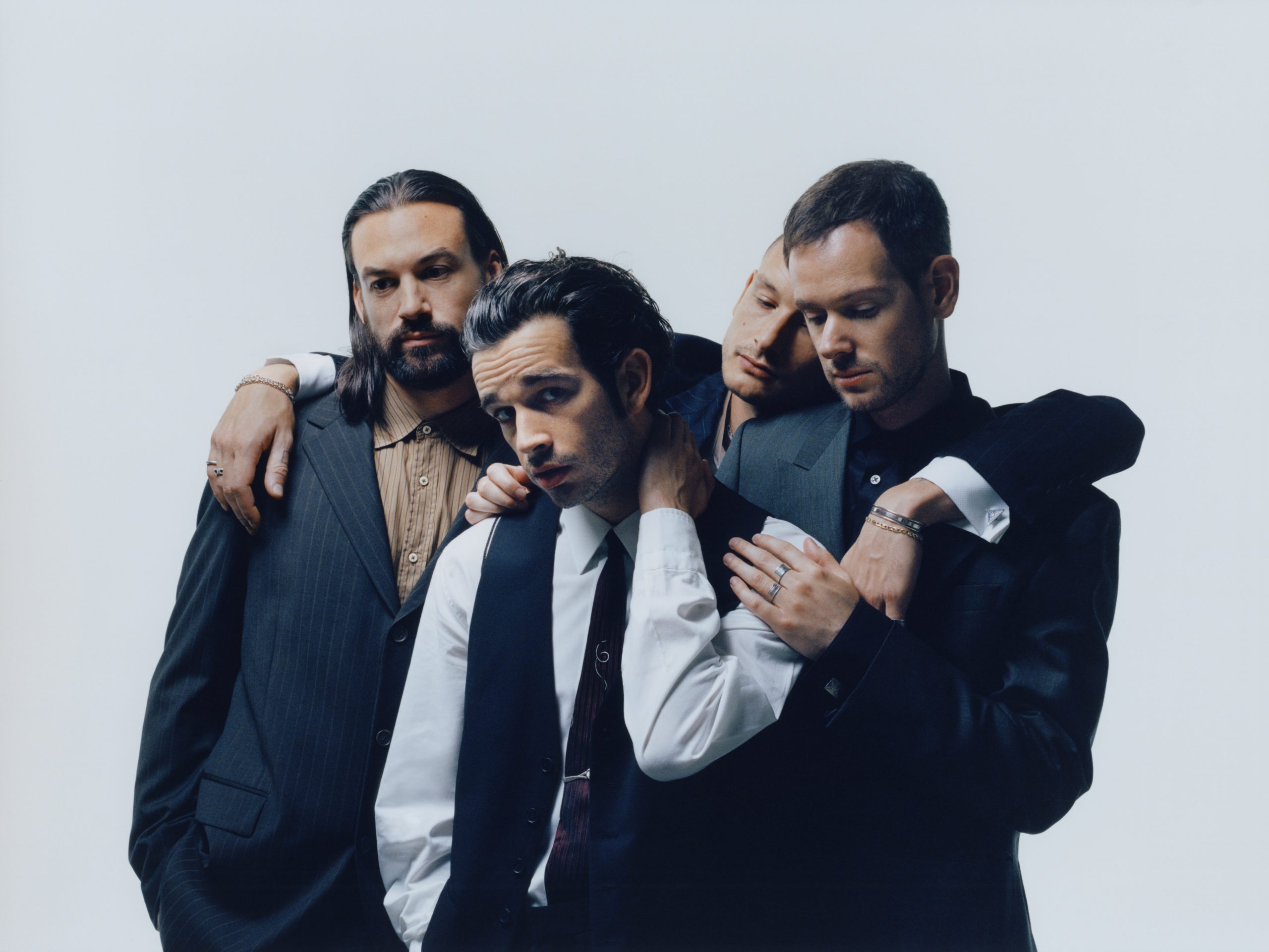 Before today the 1975 have shared two songs from their upcoming album Being Funny In A Foreign Language, the tightly arranged sophistipop stunner “Part Of The Band” and the loose VH1-core vamp “Happiness.” Third single “I’m In Love With You,” out today, is more in line with the latter, something you’ve probably ascertained by now if you’ve seen the footage of its live debut. The song locks into a groove and leans hard on the simplest of hooks: “I’m in love with you.”

The music video, again directed by Samuel Bradley, features a bunch of mimes in a silent film situation, portrayed by Matty Healy and others. Band pal Phoebe Bridgers also strums a guitar and sings along with Healy in the final scene of the video, where the makeup and costumes go away and the band plays us out. (On Instagram, she published some behind-the-scenes photos shot by boyfriend Paul Mescal.) Brace yourself for earnestness and watch below.

Being Funny In A Foreign Language is out 10/14 on Dirty Hit.