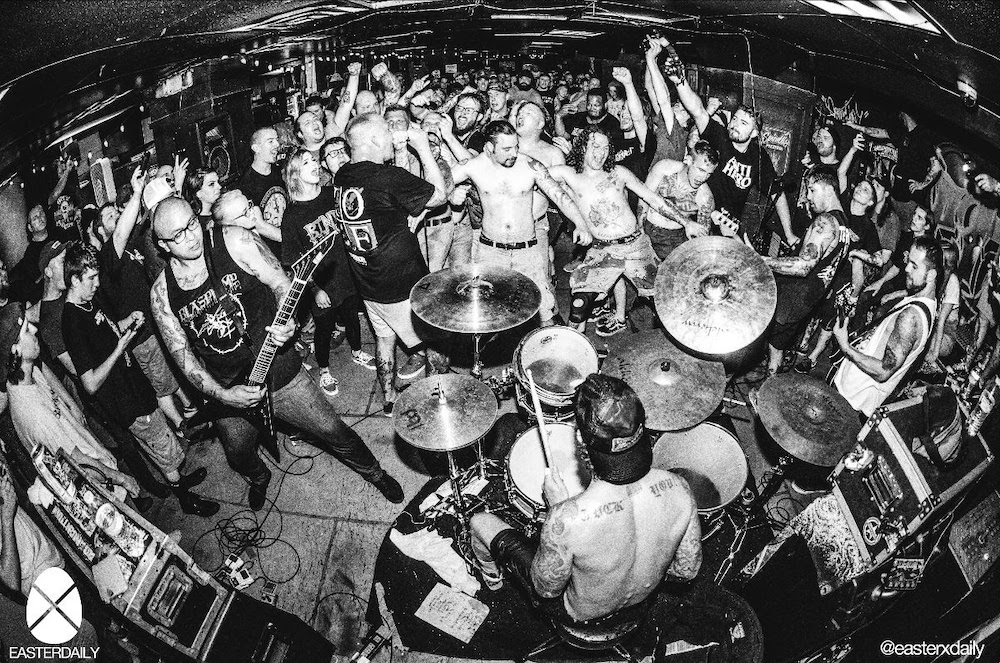 It’s not easy for a hardcore band to remain together for 20 years and to stay vital for that entire time, but that’s what Southern California legends Terror have done. Terror are indisputable OGs in the hardcore world, and you can still catch them playing transformative shows small clubs or VFW Halls, usually with a bunch of much-younger bands opening. (Their upcoming May tour also features Kublai Khan, Sanguisugabogg, and Pain Of Truth.)

Terror recently reunited with Todd Jones, the guitarist who left Terror to start his own band Nails in 2004. Next month, Terror will release their new Jones-produced album Pain Into Power, and we’ve already posted first single “Can’t Help But Hate,” which features guest vocals from Cannibal Corpse leader George “Corpsegrinder” Fisher. Today, Terror share another two-minute metallic ripper, which has the very Terror title “Boundless Contempt.” The song starts out as a blindingly fast sprint, and then it turns into the kind of breakdown that might cause you to spontaneously leap through a plate-glass window.

This is the one song that every member of the band and Todd all had on their list of favorite tracks on the record. The driving speed of the first half of the song is completely unhinged. I remember when figuring out the breakdown, there was the idea of first having a guitar break bring in the ending, and it sounded strong. Todd went and demoed it with bass instead, which is a little different for Terror, and we all instantly agreed that was the right choice. Much thanks to Ben Cook for being there with vocal oversight, which now seems like a Terror staple.

Listen to “Boundless Contempt” below.

Pain Into Power is out 5/6 on Pure Noise.