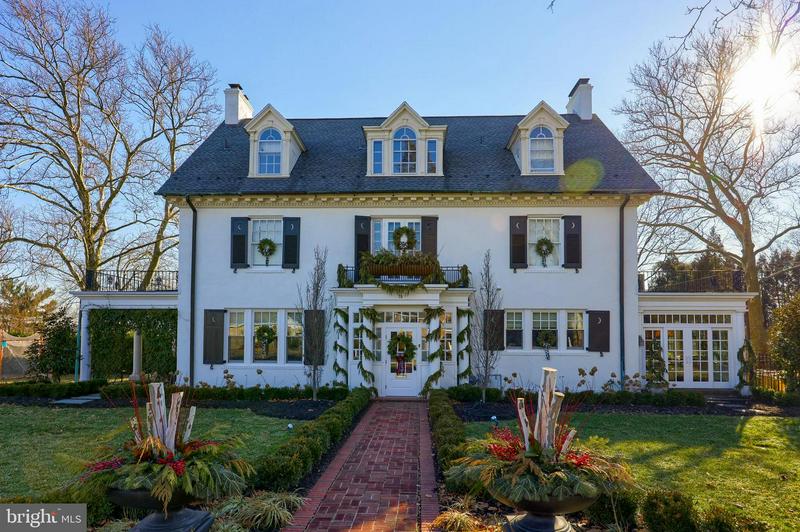 Taylor Swift‘s childhood home is on the market.

Before she was a Grammy-winning artist with a legion of Swifties, the singer, now 32, called this 1929 Georgian Colonial in Wyomissing, Pa., home — and it’s currently listed for sale for just under $1 million.

The five bedroom, three-and-a-half bath, three-story, 3,560-square-foot home — for sale for $999,900 after a reduction — is described as “one-of-a-kind” in its listing, as it’s “stately” with “old-world charm,” “elegance and character” and sits on a “massive lot” (3/4 acre). There’s a chef’s kitchen with Viking range, butler’s pantry, wet bar, brick fireplace and wood-burning fireplace, potential wine cellar, “cozy den, heated pool and hot tub in a flat, fenced backyard. Eric J. and Eric P. Miller of the Eric Miller Team at RE/MAX of Reading are handling the sale.

It’s also one-of-a-kind for being a place where Swift, one of the most influential pop artists of her generation, started playing guitar and writing songs. Though that’s not noted in the real estate description.

Swift first grew up on a Christmas tree farm in Stewartstown, Pa., which you probably heard her sing about. She then moved to this home in Wyomissing when she was in junior high. That second house is where she showed an interest in music and learned to strum a guitar, getting lessons from Ronnie Cremer twice a week, $32 per hour. While Cremer wasn’t optimistic about her success when they worked together at the Wyomissing home, she proved to be a musical talent, leading her parents to relocate outside Nashville in 2004 when she was 14 so she could pursue her dreams of becoming a recording artist.

“When I moved to Wyomissing, I didn’t know anybody,” Swift has said.

That resulted in using her diary to write poems and songs. In an interview at 14 — the year she moved away from Pennsylvania — she said she loved to “write about love and break-ups,” calling them her “story songs.” However, she admitted, “I do miss my friends” from Wyomissing. “But I can’t imagine not being [in Nashville] and not doing this. I feel it was meant to be” — and it clearly was.

It’s certainly been interesting for subsequent residents of Swift’s homes, as they are fan hotspots.

Daniel Mashevsky bought the Grandview Boulevard home in January 2007, three years after the Swifts moved with some renters in between. He said in 2013 that he — nor his three pre-teen daughters — had any idea that a famous person lived there before them, but Swift wasn’t yet the Fearless force she is today.

However, the success of her self-titled debut album in 2006 followed by Fearless in 2008, “People would stop by and take pictures and pose out in the front,” Mashevsky told the Philadelphia Inquirer.

Swift’s “Best Day” has old videos from her childhood homes:

Mashevsky did a complete renovation of the house and in the process found some of Swift’s keepsakes, including, in the kitchen, a note Swift wrote about a trip to Disney World when she was in sixth or seventh grade. They also found childhood toys and old school papers that belonged to her.

Mashevsky said the house changed a lot from when the Swifts were there, but one of the rooms that looked the same was Swift’s third-floor bedroom. They only changed the carpet and took down the wallpaper. He said it was in the study where Swift played her guitar. (She reportedly wrote parts of “Lucky You,” “Teardrops on My Guitar” and “Love Story” there.)

Mashevsky sold the house in August 2013 — and by then Swift was so famous she was included in the listing.

“A Grand 3 story Classical revival home has been painstakingly restored and was home to Taylor Swift, who lived here … before moving to Nashville to become a star!” was the first line.

Sydney Redner, the child of the next buyer, sent Swifties into a tizzy in 2020 when she revealed, in a TikTok video, that she grew up in Swift’s house. She gave a glimpse of the house as she walked out the front door and into the yard to show its exterior.

“We get a lot of fans taking pictures outside the house,” Redner said that year. “I feel like there tends to be more around the holidays, when people are traveling from other states and want to see it. If Taylor Swift has a concert in Philadelphia or somewhere close, there are more fans around that time. Our family is fine with fans taking pictures as long as they are quick and respectful.”

That family also did renovations, but one thing that they didn’t touch was the initials “TAS” in the cement outside.

Swift now has an extensive real estate portfolio of her own worth upward of $80 million. Her properties include homes in New York City’s Tribeca, Beverly Hills, Nashville and Watch Hill, R.I.