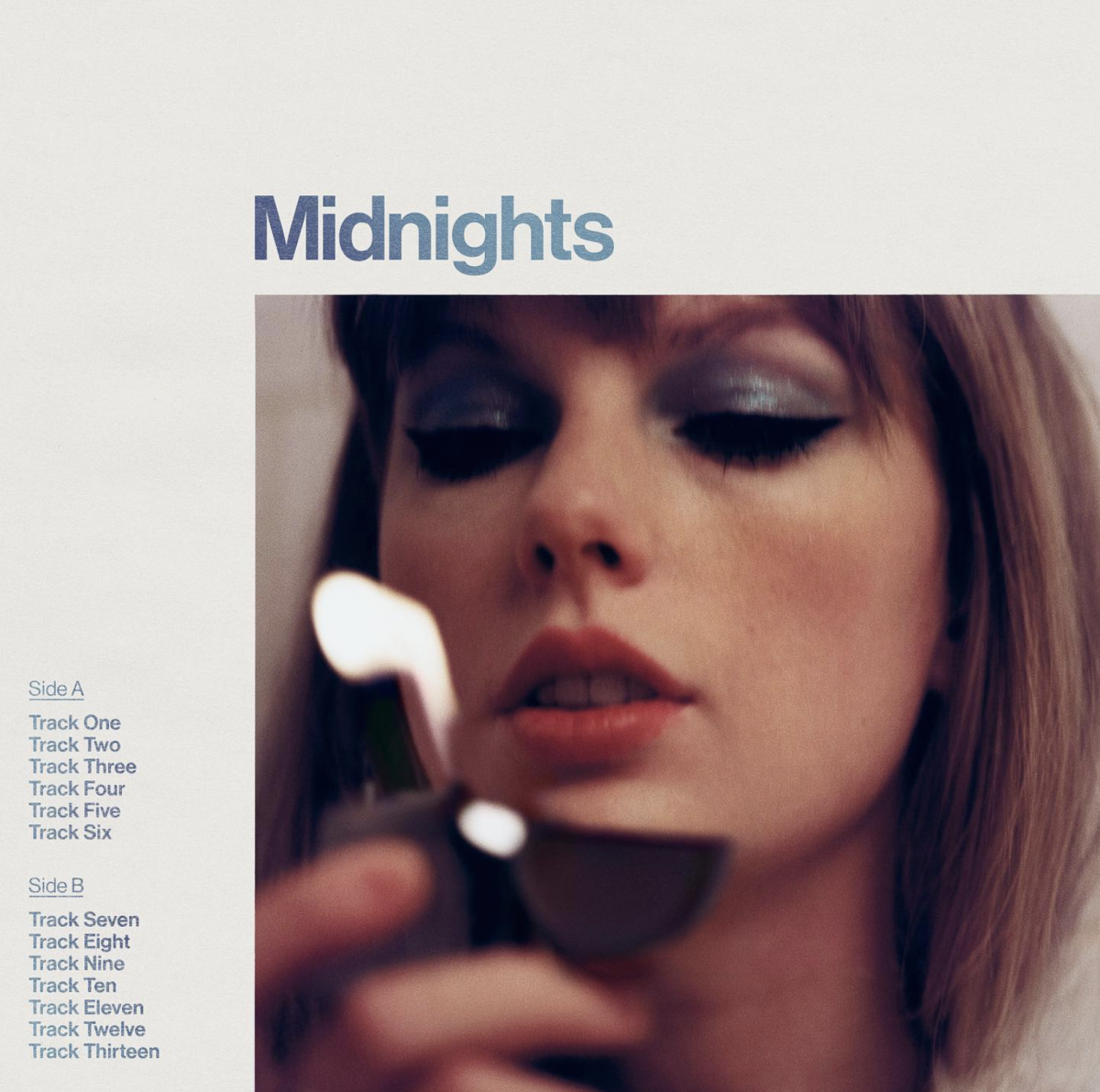 Taylor Swift‘s Midnights is a hit around the clock.

The singer is reacting to news that she’s breaking records with her latest studio album, which was released on Oct. 21. She’s the first artist ever to claim the entire top 10 on Billboard’s Hot 100 list in one week. This hasn’t happened in the chart’s 64-year history.

Swift monopolizing the top 10, for the Nov. 5, 2022-dated Billboard chart, has made her surpass Madonna for the most top 10 hits among women, the outlet notes.

Further, all 20 of Swift’s songs from the Midnights album are on the Billboard Hot 100 list. Here are their spots:

In its first week of release, Midnights had what equates to 1.578 million sales in the United States, according to the tracking service Luminate, which tallies streaming, sales and downloads. That number is the largest one-week total since Adele dropped 25 in 2015 and had 3.482 million in its debut week.

Of the 1.578 million sales for Midnights, 1.140 were purchases of the album as a whole. It’s also noted that it’s her fifth album to sell at least a million copies in a single week with no album by any artist having better weekly sales since her 2017 album Reputation opened with 1.216 million.

Midnights also debuted at No. 1 on Billboard’s latest album chart. It marks her 11th album to do so, tying her with Bruce Springsteen, Barbra Streisand and Drake. The two acts to have more titles at No. 1 are Jay-Z, with 14, and the Beatles, with 19.

Swift announced in August that Midnights would be released in October. She described it on social media as “the story of 13 sleepless nights scattered throughout my life.” She said the songs were written “in the middle of the night,” along her “journey through terrors and sweet dreams.”

The day it was released, she dropped a special 3am edition with seven extra tracks.

She’s been rolling out videos, actually making an edit to “Anti-Hero” amid fatphobic backlash. “Bejeweled” came out last week and the Cinderella-with-a-twist themed video was star-studded with appearance by Laura Dern, the HAIM sisters and Dita Von Teese. The singer’s fans, the Swifties, have speculating who the songs are about, including ex John Mayer on “Would’ve, Could’ve, Should’ve.”

On the Tonight Show last week, Swift hinted that she will be touring again, saying, “I think I should do it. When it’s time, we’ll do it. I miss it.”)

She also reacted to the overwhelming success of the album, including how in just one day it became the best-selling album of the year. It also broke Spotify’s record for most streams in a day. Rolling Stone called it an “instant classic” in its 5-star review. “I’m beside myself really,” she told Fallon.

Swift has been a music-making machine, including re-recording her old albums, starting with Fearless and Red in 2021. The new versions allow her to own her masters — or the original recordings of the songs. She’s been doing because her original record label from when she was 15, Big Machine Records, held ownership of her masters — and sold them to Scooter Braun, triggering a dispute because Swift said she had tried to purchase her own masters for years. Braun has since resold them, at a profit, but expressed his regret for buying them.