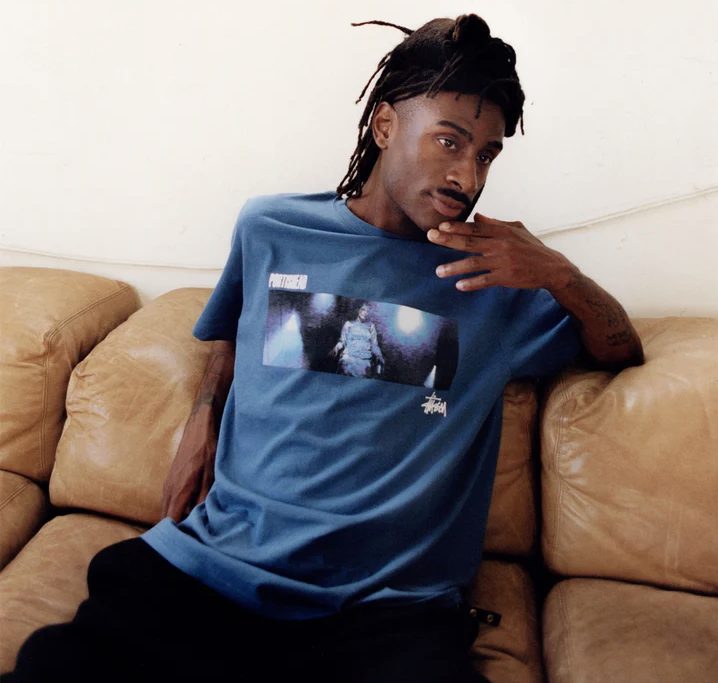 They haven’t released an album since 2008, but all of the sudden there’s been a lot of Portishead news lately. The band played their first show in seven years at a benefit gig in their hometown of Bristol last month. Beth Gibbons memorably guested on Kendrick Lamar’s Mr. Morale & The Big Steppers. Last week, they re-uploaded their entire YouTube archive in HD and digitized their archives. And now there’s a new fashion collab to report.

Portishead have teamed with streetwear brands before — specifically a Supreme T-shirt that incorporated their logo font back in 2011. Now they’re in business with the surf/skate brand Stüssy. “This is the first time the band, formed in Bristol in 1991, has worked with a clothing company during their thirty-year career,” the company announced, which seems… inaccurate? “The t-shirt design features the cover of their iconic album Dummy released in 1994.” That much is definitely correct. Want to buy the shirt? “Stüssy & Portishead is available worldwide at select chapter stores, select Dover Street Market locations and stussy.com on Friday, June 24th at 10am PST.”