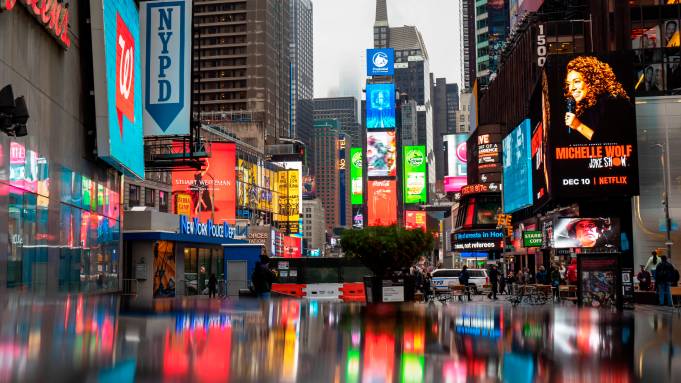 As the NewFronts start their first in-person edition in New York since 2019, streaming stats are in for 2021, and the market is officially booming.

The IAB, the industry group behind the NewFronts, issued its ninth annual report on online ad spending, finding that connected TV spending exploded to $15.2 billion, up 57%. It forecasts a 39% gain in the current year, to $21.2 billion, meaning a doubling in CTV spending since 2020.

The functionality of these streaming buys are the draw, not surprisingly. Three out of four buyers said CTV is a “must buy,” identifying first-party brand data, location information on viewers and shopping data as key benefits.

Apart from college and NFL football, few areas of the conventional TV landscape are maintaining or growing viewership. That, plus lingering effects from Covid and an array of well-fortified options in streaming, led to a shift online.

The IAB teamed with the Standard Media Index and research firm Advertiser Perceptions on the report, surveying some 400 video buyers at agencies and brands between February 15 and March 15.

Although CTV will account for 36% of total time spent with linear TV and CTV combined in 2022, according to an estimate by eMarketer, money currently allocated to CTV lags viewership, representing only
18% of all video ad dollars.

For advertisers, there are many more places to buy time online than there were even three years ago. Since late-2019, Disney+, Peacock, HBO Max and Discovery+ have launched, and Paramount+ has rebranded and expanded from CBS All Access. Netflix and Disney are the latest major streaming players to announce plans to incorporate advertising down the road.

The month of May has traditionally seen a collision of traditional and online platforms, between the NewFronts and the television industry’s upfronts. This year, as the U.S. emerges from the worst of Covid, there will be three in-person days of NewFronts and one all-virtual day on Thursday. Broadcast TV networks, YouTube and Warner Bros Discovery will take to New York stages on the week of May 16 for a series of high-profile pitches. For many traditional players, from NBCUniversal to Disney to Televisa Univision, linear ad sales will be coupled with digital pushes.