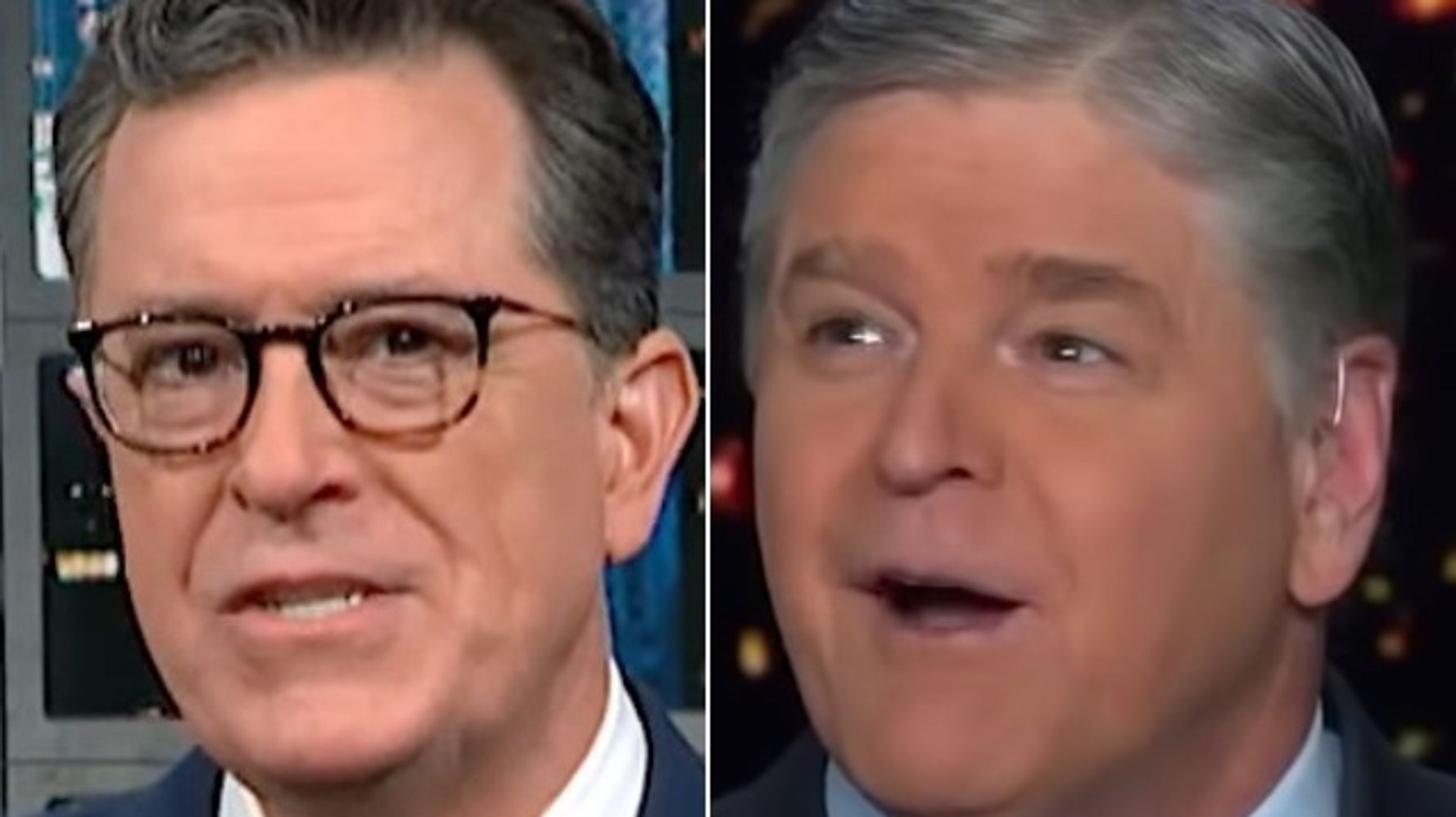 Stephen Colbert returned to “The Late Show” on Monday after a battle with COVID-19 to tear into Fox News host Sean Hannity amid new revelations about how closely he coordinated with Donald Trump’s White House operations.

Hannity texted Mark Meadows, then chief of staff under former President Trump, on Election Day in 2020 to ask how he could help. When told to push turnout, Hannity replied, “Yes sir,” and asked where specifically he should encourage voters.

“That is a shocking level of toadyism even for a guy who looks like a bullfrog,” Colbert said. “But he’s just living up to the Fox News slogan, ‘We report, you decide what we should say. And by the way, your boot tastes delicious today, Mr. President.’”

Colbert also played a clip of Hannity defending himself by claiming he’s “like the whole newspaper.”

“Yes, Sean Hannity is just like a newspaper,” Colbert said. “Out of date, bad for the planet, and only relevant to people over 70, and I’d love to see a puppy poop on him.”