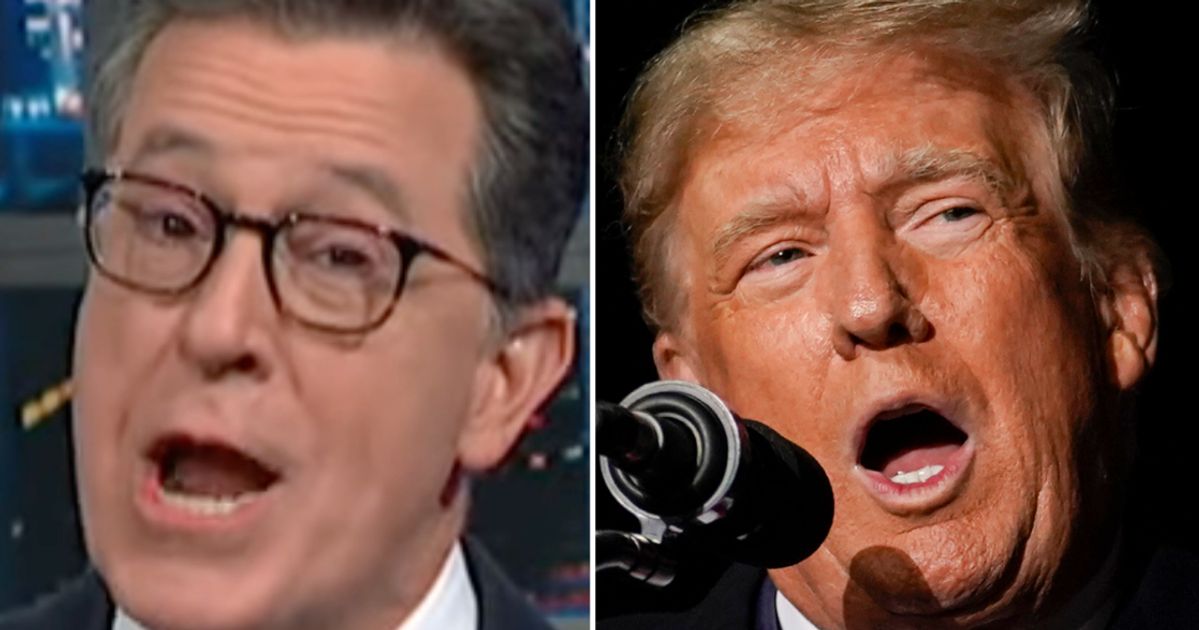 Stephen Colbert hasn’t said Donald Trump’s name out loud on “The Late Show” for some time now, instead opting to use withering nicknames that viewers have suggested for the former president on Twitter.

On Tuesday, Colbert debuted a new moniker that was tweeted about Trump which referred to the hit TV show “The White Lotus.”

“The White Scrotus,” Colbert cracked about Trump as he mocked the reported release of a book of letters from celebrities the ex-POTUS has in the works.

Colbert also jumped back into character as Trump, but didn’t like the taste in his mouth, and delivered a damning description of the GOP lawmakers who tried to overturn the 2020 election result.