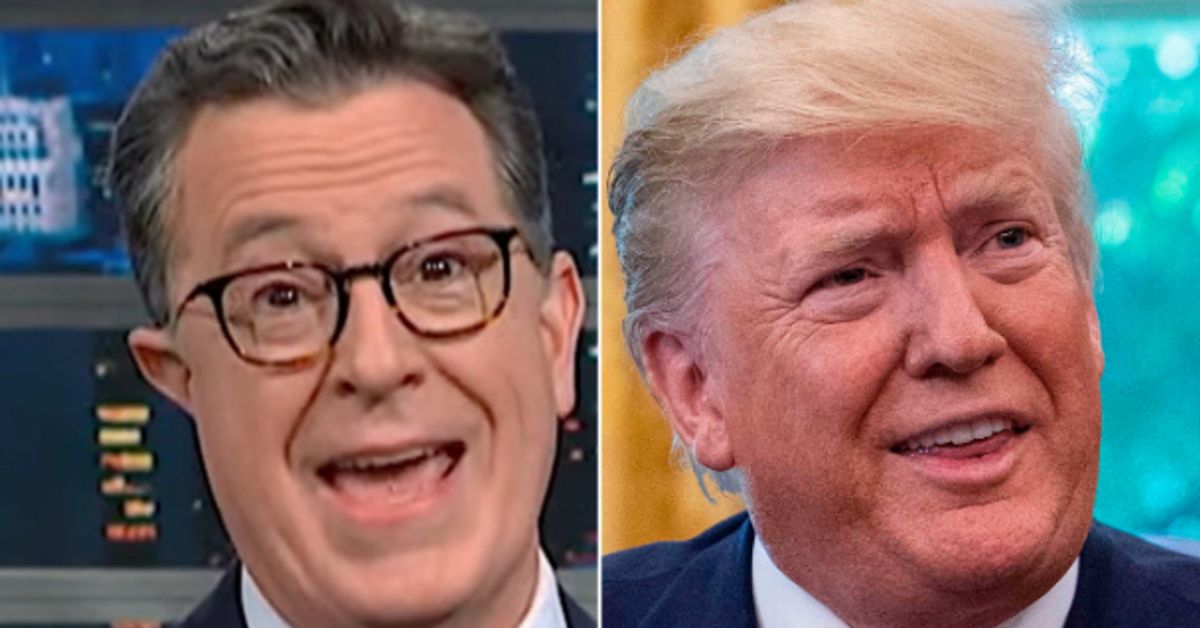 Stephen Colbert said Donald Trump managed to keep “all the focus and solemnity of a bumble bee trapped inside a balloon” during a rambling eulogy over the weekend.

Trump spoke at a memorial service for Lynette “Diamond” Hardaway, one half of the Diamond and Silk duo of right-wing commentators and diehard MAGA supporters, who died earlier this month at the age of 51.

The ex-president spent part of his speech complaining about inflation, then added “but your sister Diamond was taken too soon.”

The “Late Show” host mimed a truck swerving out of control.

“We’re jack-knifing!” he cried out. “He made the turn too fast! The point is I’m sorry for your loss!”

And it only got stranger from there as Trump claimed he “didn’t know Silk at all” and only “just learned” about her.

“If you just learned about Silk, I’m gonna go ahead and say you didn’t know much about Diamond,” Colbert said. “That’s like saying, ‘I’m a lifelong fan of Garfunkel, who’s this Simon I’m just hearing about? Did they do anything together?’”

Then Colbert spotted something that made Trump’s claim seem “especially weird.”

Check it out in his Monday night monologue: