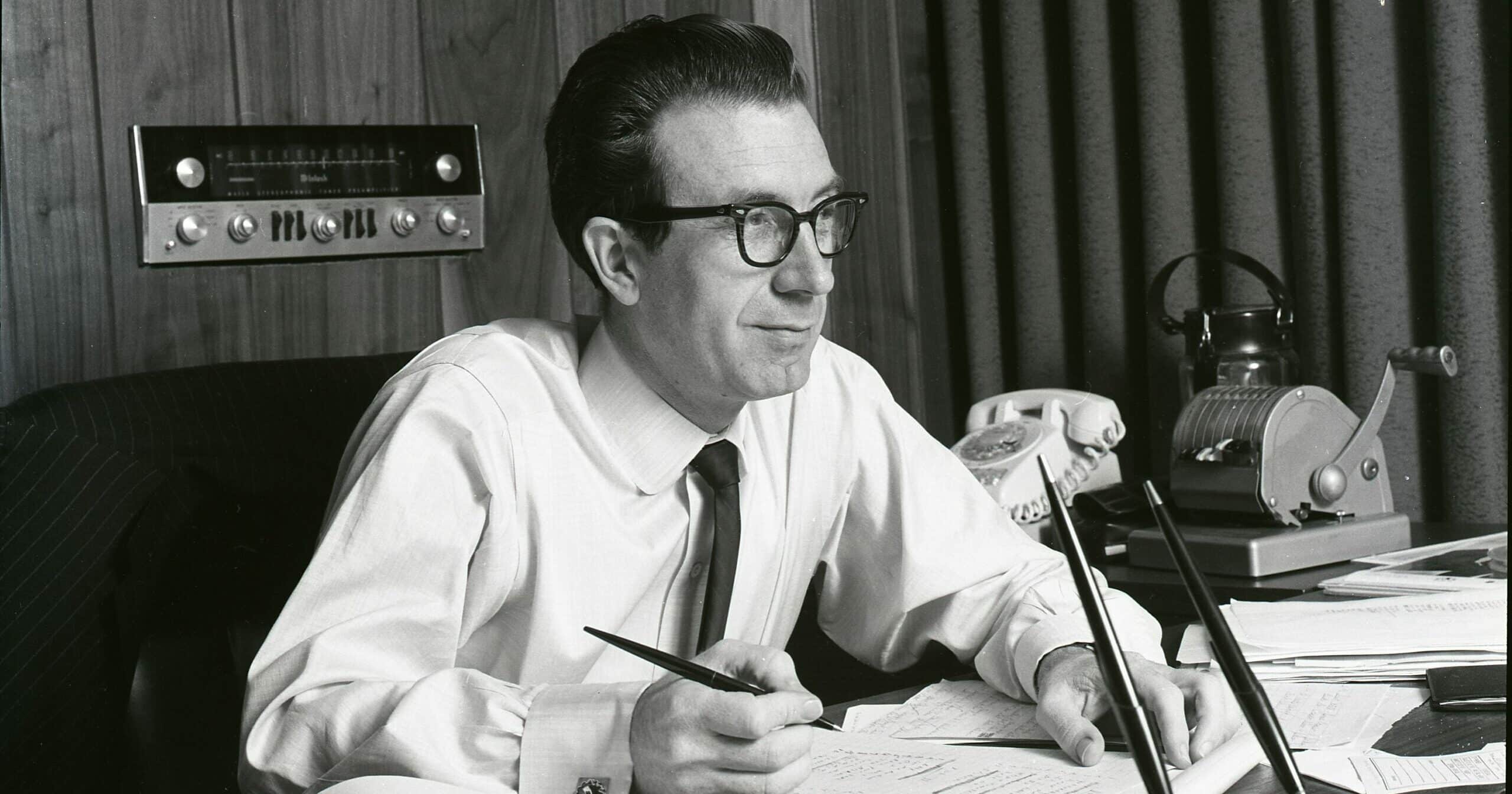 Jim Stewart, who co-founded the influential Memphis soul label Stax Records, has died. According to a  statement posted on the official Stax Records Twitter account yesterday (December 5), Stewart passed away “peacefully, surrounded by his family.” Stewart was 92.

James F. Stewart grew up in rural Middleton, Tennessee. After moving to Memphis to attend Memphis State University, he joined a group called the Canyon Cowboys as a country music fiddler while working as a bank teller. In 1957, he established Satellite Records with his sister, Estelle Axton. Having moved away from country and into R&B, soul, and funk, the label scored its first hit with Rufus Thomas’ rendition of ‘Cause I Love You’, leading to a distribution deal with Atlantic Records. Stewart and Axton changed the label name to Stax in 1961, combining the first two letters of each of their surnames, and moved their recording studio into a converted movie theatre in Memphis. A new generation of musicians helped build an in-house band that featured organist Booker T. Jones, guitarist Steve Cropper, bassist Donald “Duck” Dunn, and drummer Al Jackson Jr.

That group, which became known as Booker T. and the M.G.s., brought Stax success along with Southern soul hitmakers such as Otis Redding, the Bar-Kays, and Sam & Dave. The label’s distribution deal with Atlantic Records ended after it was acquired by Warner Bros. in 1968, the same year Otis Redding died. Stewart relaunched Stax with the Black DJ Al Bellas its co-owner and the financial support of Gulf & Western, and in the early 1970s, the label found some success with hits like the Staple Singers’ ‘I’ll Take You There’. Stewart ended up selling his stake to Bell in 1972, and the label was forced into involuntary bankruptcy in 1975.

After Stax stopped putting out music, Stewart kept a fairly low profile, though he occasionally would produce records for former Stax artists. He was inducted into the Rock & Roll Hall of Fame in 2002.

“While his impact on soul music is immeasurable, the ‘Memphis Sound’ he fostered throughout the 1960s and 70s as a savvy record executive and visionary producer can still be heard and felt in the music of today,” Stax wrote in their statement. “With Stewart’s guidance, Stax launched the careers of legendary artists like Otis Redding, Isaac Hayes, Carla Thomas, Sam & Dave, The Staple Singers, and many others. Our hearts are with his family and friends.”