The legendary rapper, 50, announced in a statement via Instagram that he is cancelling “all upcoming non-US tour dates for the remainder of 2022” – meaning his October run of appearances in Perth, Sydney, Melbourne and Brisbane is no longer going ahead.

“Due to unforeseen scheduling conflicts, including family obligations and upcoming tv and film projects, Snoop Dogg regrets he is cancelling all upcoming non-U.S. tour dates for the remainder of 2022,” the statement read.

“He was excited to see his fans around the world and apologises to all that had already made plans to see his shows. He looks forward to rescheduling dates in the future.”

The statement concluded by adding that ticket holders will be issued refunds and that Dogg “is still committed to his remaining US tour dates for the rest of 2022.”

Snoop Dogg announced his 2022 Australia tour in September 2021. The west coast rapper, whose last performance in Australia was seven years ago at Big Day Out, was set to return to our shores for his ‘I Wanna Thank Me’ tour in celebration of the release of his 17th album, I Wanna Thank Me, and a documentary of the same name, released in 2019.

The tour was due to kick off at Perth’s RAC Arena in Perth on October 26, 2022, and then head to Sydney’s Qudos Bank Arena on October 28, 2022, Melbourne’s Rod Laver Arena on October 29, before wrapping up at the Brisbane Entertainment Centre on November 1, 2022.

Snoop Dogg was also scheduled to perform concerts across Europe from August 26 to September 19 prior to the announcement.

For a daily dose of 9Honey, sign up here to receive our top stories straight to your inbox. 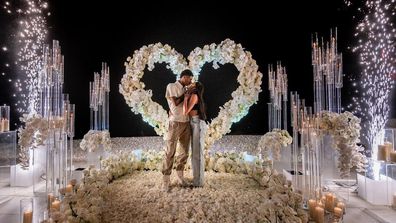 Manchester United star’s proposal pic get half a million ‘likes’