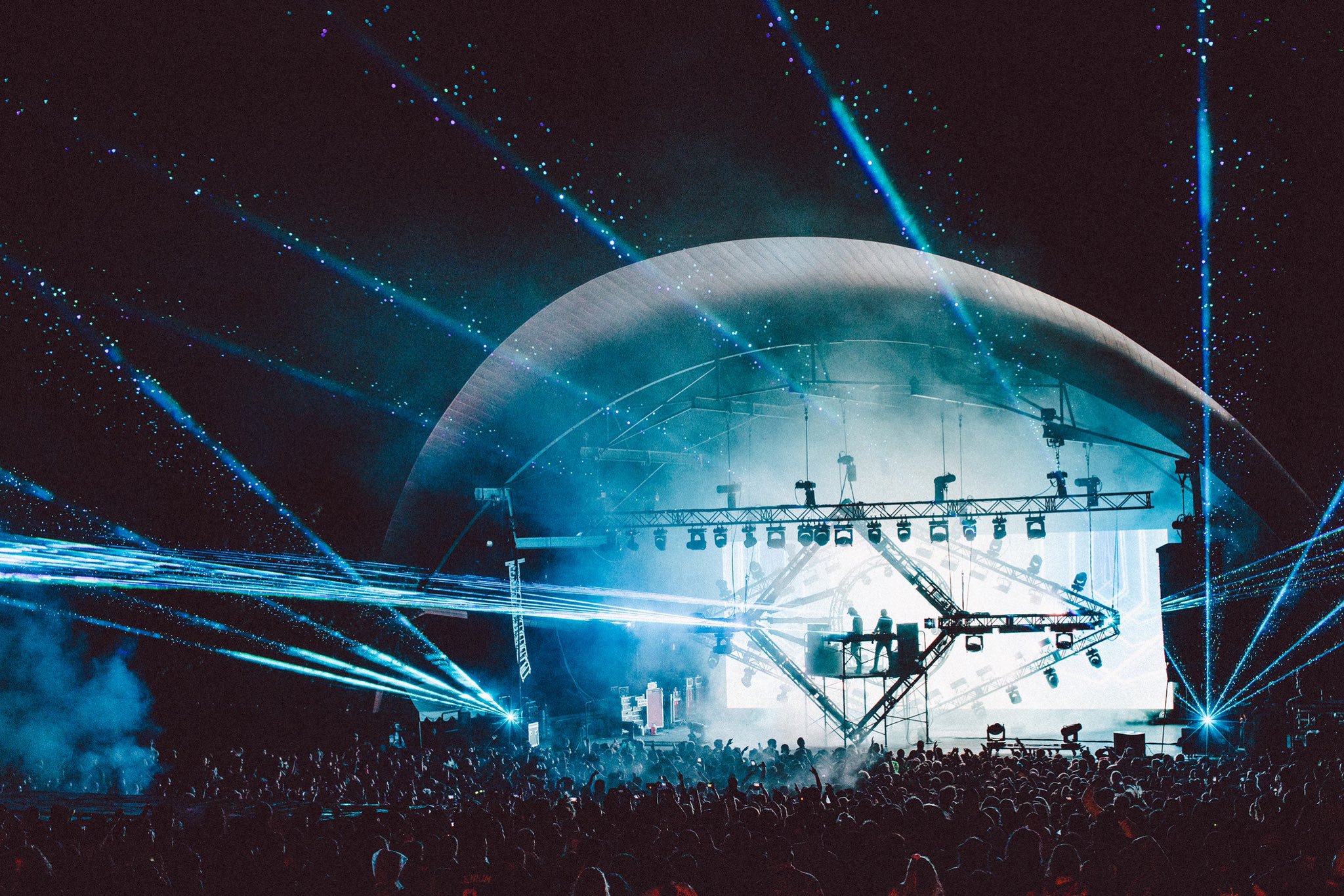 Just two weeks after their frequent collaborator and contemporary NGHTMRE released his debut album, SLANDER are now rolling out with their own, THRIVE. Featuring ten tracks with five previously released singles, including “Love Is Gone,” released in 2019, the album apparently tells a cosmic love story.

“In the future, this astronaut is searching for a place to start life again, but he has a love back on earth in the past,” notes Derek Andersen. “The name THRIVE sets the tone as it reflects the spaceman’s journey to make the human race thrive again. During the journey, he experiences relationship flashbacks of his memories on earth as he gets farther and farther away from the home. You’re essentially hearing all of this.”

That certainly helps to make sense of the album cover now.

“An album has been a long time coming for us,” adds Scott Land. “We were never stuck in one place long enough to make ten songs with a singular vibe though. It got to the point where the pandemic happened, and it was almost the perfect timing. We didn’t have any shows, and we had the space for a full body of work. We’ve known each other for twelve years, always DJ’ed together, and shared similar tastes in music. We got to have a bit of fun now.”