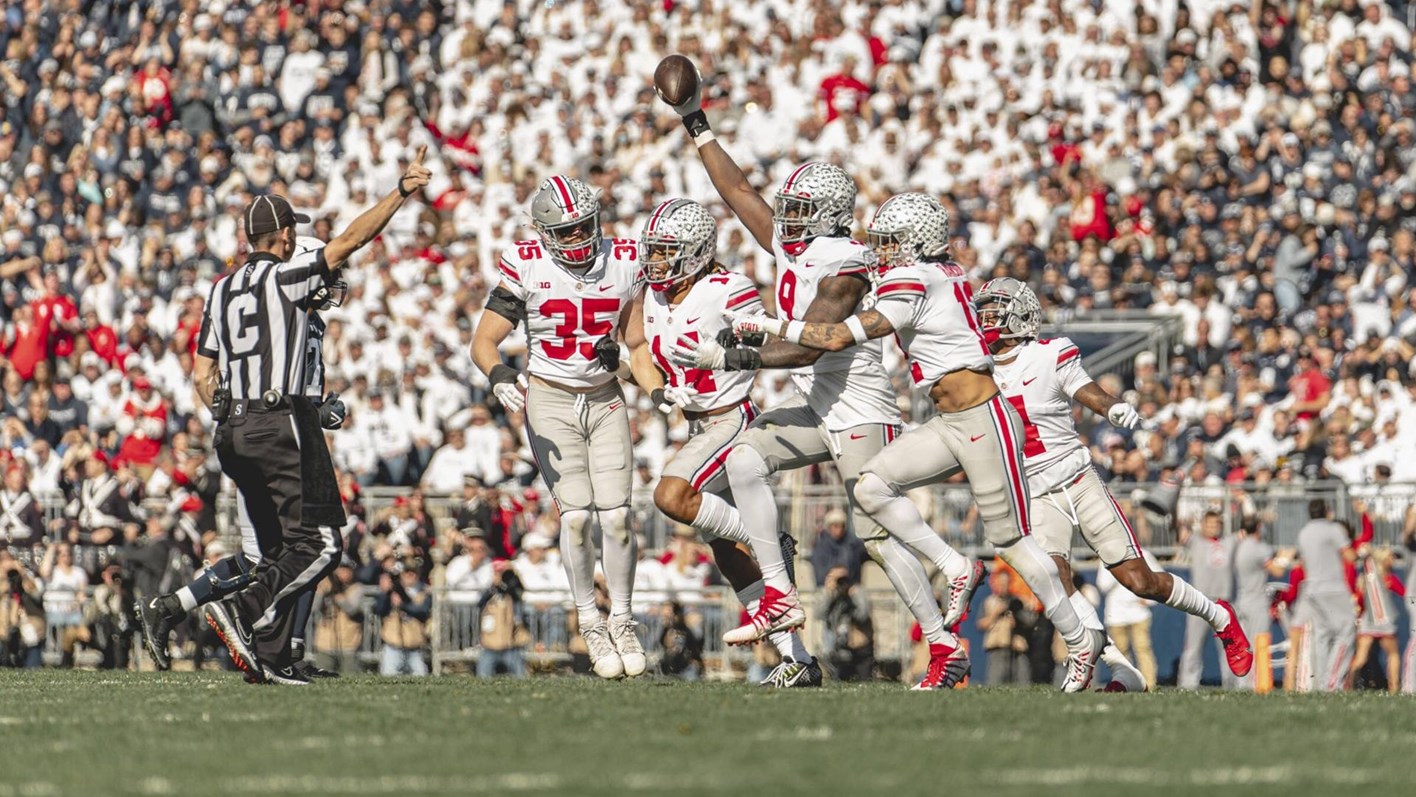 Here’s how the SXM Big Ten Radio team voted to shape this week’s edition of the “Power Rankings” after week nine of the 2022 season.

J.T. Tuimoloau had a strip sack to set up No. 2 Ohio State for a separation-score in the fourth quarter and then a pick-6 to cap a spectacular performance by the defensive end as the Buckeyes erased a fourth-quarter deficit to beat No. 13 Penn State 44-31 Saturday. C.J. Stroud found his groove for Ohio State in the fourth quarter and finished with 354 yards passing as the Buckeyes ran their winning streak in the rivalry to six in a row — none by more than 13 points.

NEXT: At Northwestern on Saturday

Blake Corum ran for 177 yards and scored twice, and Jake Moody made five field goals to help No. 4 Michigan remain unbeaten with a 29-7 win over Michigan State on Saturday night. The Wolverines scored 26 straight points after falling behind briefly late in the first quarter.

NEXT: At Rutgers on Saturday

Chase Brown rushed for 149 yards and scored on consecutive series in the second quarter, helping No. 17 Illinois beat Nebraska 26-9 on Saturday. The Illini beat the Cornhuskers for the third year in a row. They won a sixth straight game for the first time since 2011 and secured their first winning regular-season record since 2007.

NEXT: Home versus Michigan State on Saturday

The Nittany Lions lost to Ohio State at home 44-31.

NEXT: At Indiana on Saturday

The Boilermakers had a bye week.

NEXT: Home versus Iowa on Saturday

The Terrapins were on a bye week.

NEXT: At Wisconsin on Saturday

The Badgers had a bye week.

NEXT: Home versus Maryland on Saturday

Mohamed Ibrahim rushed for 159 yards and three touchdowns on 36 carries to lead Minnesota past Rutgers 31-0 on Saturday to stop a three-game losing streak. Quarterback Tanner Morgan crisply returned from a concussion that kept him out of the previous game for the Gophers, who enjoyed a 19-play, 99-yard drive on their first possession that drained 10:24 off the clock.

NEXT: At Nebraska on Saturday

The Spartans lost to Michigan by a score of 29-7.

NEXT: At Illinois on Saturday

Spencer Petras threw for a touchdown and ran for another, and Drew Stevens kicked four field goals as Iowa defeated Northwestern, 33-13, on Saturday. The Hawkeyes (4-4, 2-3 Big Ten) snapped a three-game losing streak with their highest point total of the season. Northwestern (1-7, 1-4) has lost seven straight.

NEXT: At Purdue on Saturday

The Huskers lost at home to Illinois 26-9.

NEXT: Minnesota at home on Saturday

The Scarlet Knights lost at home to Minnesota 31-0.

NEXT: Michigan at home on Saturday

The Hoosiers had a bye week.

NEXT: Penn State at home on Saturday

Ohio State at home on Saturday