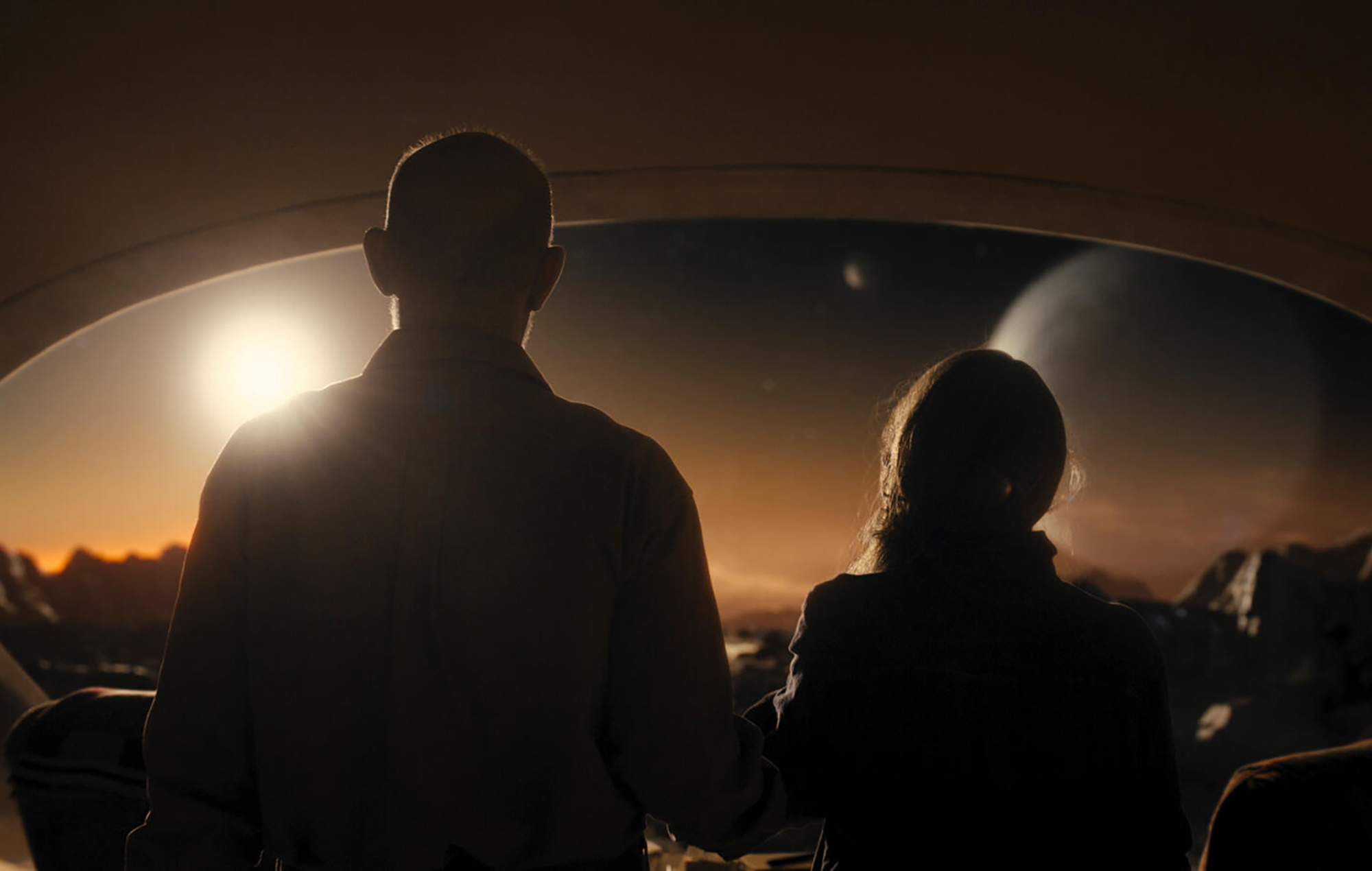 Watch the first episode of Night Sky and you’ll have found your new favourite show. Carry on for another seven and you’ll wish you stopped a lot earlier.

Spread far too thin over eight hours, Amazon’s new sci-fi series is only occasionally brilliant – mostly coming off as a missed opportunity for a beautiful standalone film. Frustratingly, it has every chance to quit while it’s ahead, with a last second reveal in the pilot episode sending the story spinning off in a direction it really doesn’t need to go. Before that, it’s just a lovely drama about a sweet couple growing old together (who happen to have a portal to another planet in their garden shed…)

J.K. Simmons (Whiplash, Spider-Man: No Way Home) and Sissy Spacek (Carrie, Homecoming) are Franklin and Irene York – living out their retirement in quiet harmony in smalltown Illinois. He bickers with the neighbours, and her health isn’t great, but whenever things get too much for the Yorks they grab a flask of tea, put on their slippers, and head down to the shed for a bit of interdimensional sightseeing. They have no idea where their secret space portal came from, and they can’t do much on the other side besides star gazing from a galaxy-wide viewing platform, but hopping to the stars every night is what keeps the Yorks young.

Directed by Juan José Campanella (the Oscar-winning director of 2009’s The Secret In Their Eyes), the pilot sets up a slow-paced, fuzzy-edged drama – sparkling with twilight magic and Spielbergian warmth. Better still, Simmons and Spacek haven’t had such a generous script in years, and both give beautifully wrought performances here in a series with the confidence to give them both the time and space they deserve.

Barely a sci-fi at all, even when the story starts getting silly, Night Sky’s strength lies in its restraint – the shadow of a past family tragedy hanging far heavier over Franklin and Irene than the mysteries of the universe unspooling all around them. But it doesn’t last long. The arrival of fugitive Jude (Chai Hansen) starts scrambling the plot into the bigger, messier shape it holds for the rest of the season, and it’s not long before half of the show is following Julieta Zylberberg and Rocío Hernández’s mother-daughter relationship through a separate Argentinian side-story, as well as throwing in annoying neighbours, overly concerned granddaughters, and an alien crime syndicate.

Feeling as gracefully old-fashioned as its two perfect leads, and deftly turning an original sci-fi idea into a sweetly melancholy love story, Night Sky comes annoyingly close to greatness. There’s still a lot to love about the whole series in places, but turn it off about 10 seconds before the end of the first episode and you won’t find yourself hurling your remote at the TV.