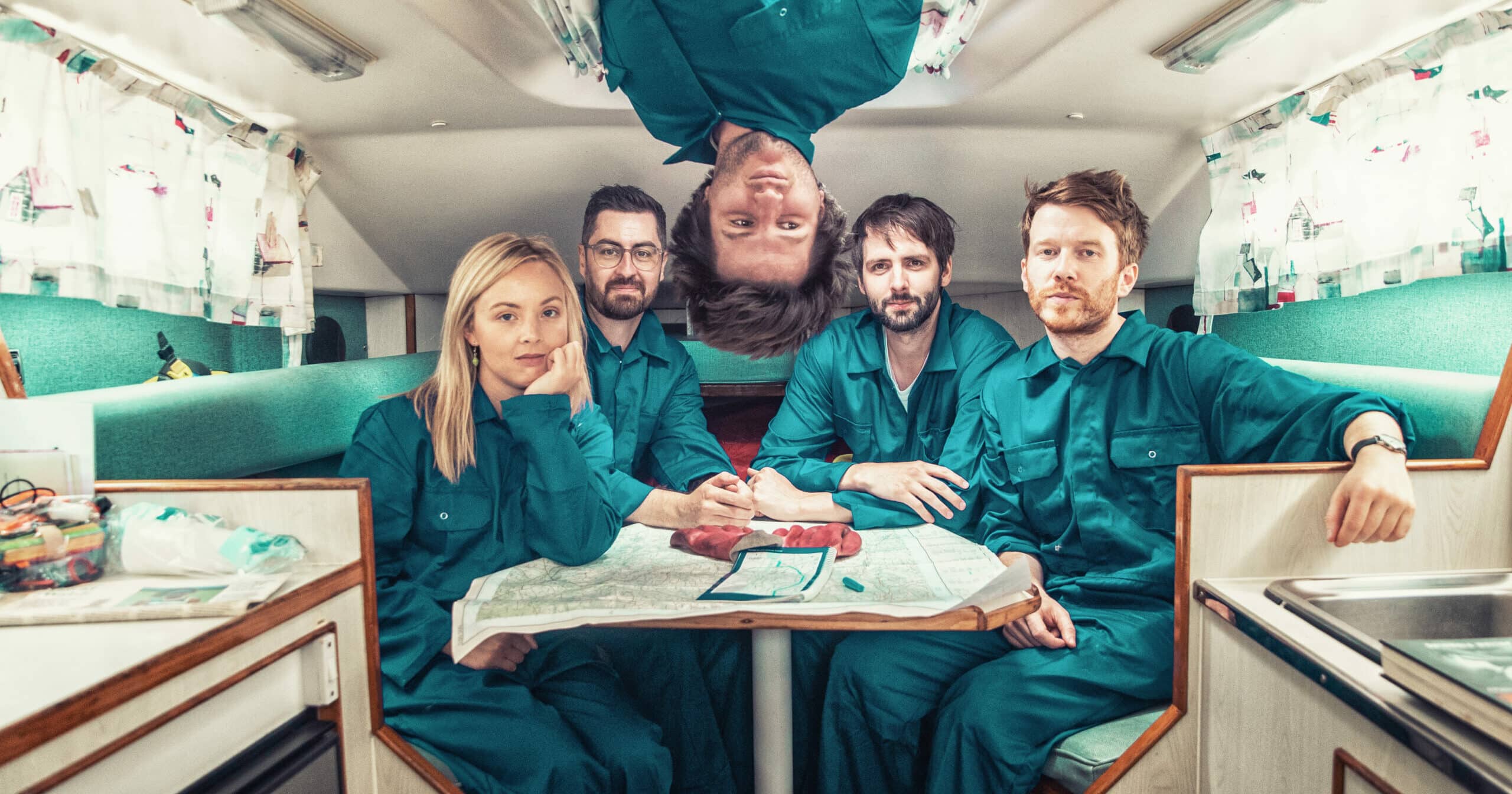 Silverbacks have released ‘Rolodex City’, the latest offering from their forthcoming album Archive Material. Check it out below.

The group’s vocalist and guitarist Daniel O’Kelly said in a statement about the song:

Rolodex City is about a property mogul who has fallen on very hard times during a period where technology has changed the way his business and people work. Similar to Butch Cassidy and the Sundance Kid getting caught out by the trains, bicycles and an increasingly small world, Mr Rolodex is running out of options. He visits a town in a barren landscape with the hope of flipping a bit of land, posing as whatever character the people there will trust – Rolodex City.

Ultimately, our anti-hero has no luck and reluctantly ends his trip at a line dance led by Emma – feel free to join in!

Silverback’s new LP, the follow-up to their 2020 debut Fad, is out January 21 and via Full Time Hobby.