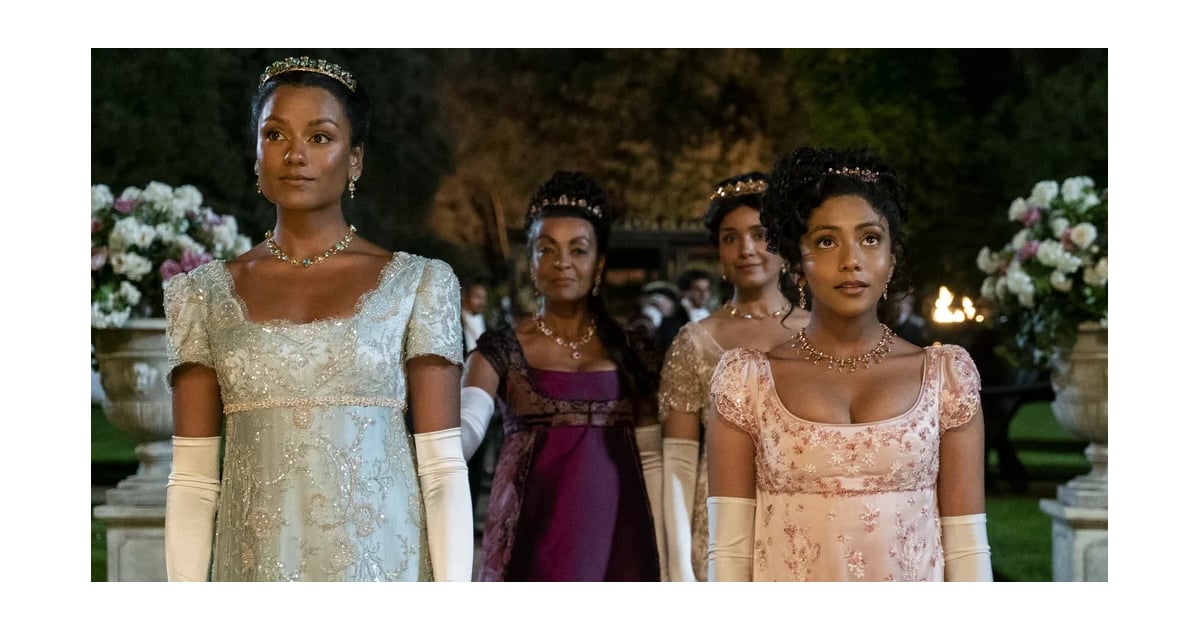 “Bridgerton,” one of the most popular period dramas on Netflix, is so full of decadent fashion that it’s inspired a new sartorial trend. While fans loved the connection between the duke and duchess, as well as Lady Whistledown’s wit, the elaborate costumes are proving to be the most influential. Known as Regencycore, the resulting trend is a return to elevated, royal attire: think “Bridgerton” dresses, ballgowns, lacy corsets, opera gloves, and tiaras.

Since the show’s debut in December 2020, “Bridgerton” has managed to take the fashion world by storm with this royal-inspired trend. While Regencycore may feel recent, this celebrated phenomenon of dressing originated over 200 years ago in the 1800s UK, where the high society of that era, also known as the Regency, wore regal and grand costumes. From everyday looks to festive garb, ornate dressing was considered the standard.

Ellen Mirojnick, the “Bridgerton” Season 1 costume designer, told POPSUGAR: “I was visually captured by the work of Genieve Figgis, a fine artist whose exciting palette immediately represented what the world of ‘Bridgerton‘ could be. We went on to devour research, paintings, and drawings of the Regency period in London 1813. After that, we moved onto imagery that included decades of the 18th, 19th, and 20th centuries. The world of ‘Bridgerton’ was born from this mix.”

With the arrival of season two, fans are anticipating the return of the show’s iconic screen style, this time orchestrated by Sophie Canale. But now the “Bridgerton” aesthetic is almost ubiquitous, showing up on runways and at retailers, from the “Bridgerton” x Malone Souliers collection to the vast selection of corsets available to shop.

Whether you want to channel your inner princess or elevate your going-out wardrobe, you’ll find plenty of regencycore pieces ahead: “Bridgerton” dresses, satin headbands, pearls, brocade minis, and sweeping skirts in the prettiest pastels.