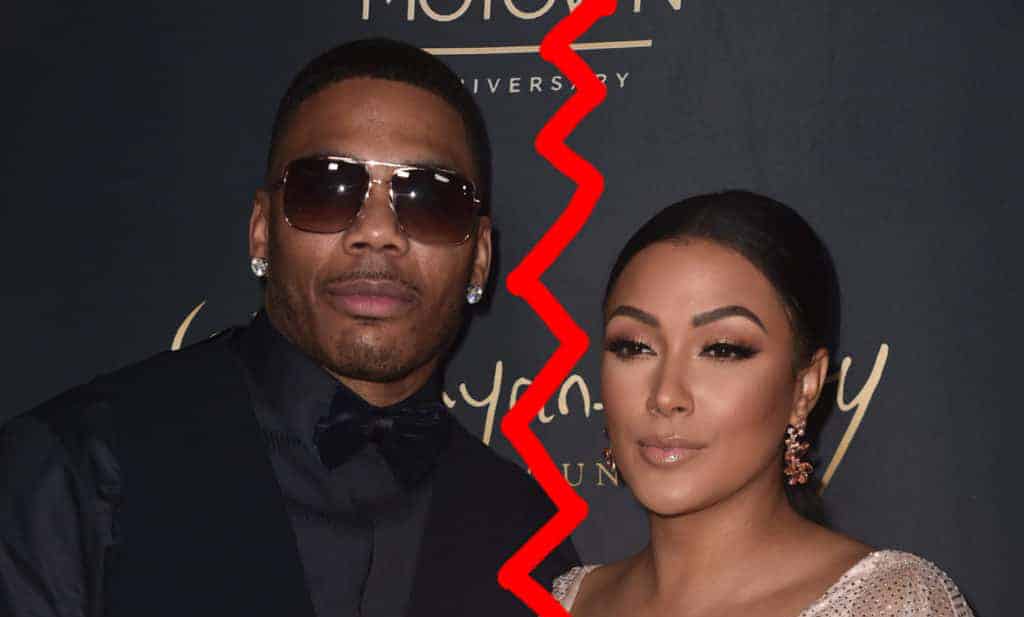 Over the summer, Shantel Jackson shared that she and Nelly decided to call it quits after seven years together. At the time a fan made a comment on Instagram and she shared the news for the first time.

Now she is opening up about their split, and sharing what made them decide to go their separate ways. On a recent episode of “The Real,” Shantel was asked about the split between her and Nelly and she said, “When we started our relationship, I was always on the road with him. Traveling, out of the country, concerts, all of that good stuff, but then when it came to a point where I was home more often building my company “Shoe Gummy,” or just working on my brand, and him being on the road, me being on the road less with him, we started to grow apart.”

Shantel acknowledged things did not end on bad terms and they are in a stage of taking a break as they try to figure out if the time apart will cause them to come back to each other.

As we previously reported, a fan said to Shantel, “R u (and) Nelly still together I love seeing u guys together,” She responded and said, “No we’re not….Just friends.”

Both Shantel and Nelly documented a lot of moments from their relationship on social media, and she was also featured on his BET reality show “Nellyville,” along with his family.

Back in 2017, Nelly talked to People and shared his thoughts about marriage. At the time he said, “The thing about marriage to me is … I take it very, very seriously. It’s something I’m only doing one time. For me, it’s almost like society would prefer you to have been married and got divorced and tried it then to be married and stay married. For me, it’s more important to die married than to have been married and it didn’t work out. I want to leave this place knowing I was in love and somebody loved me and we were together, then to be like, ‘Well I’m never getting married again and I’m ruined.’”