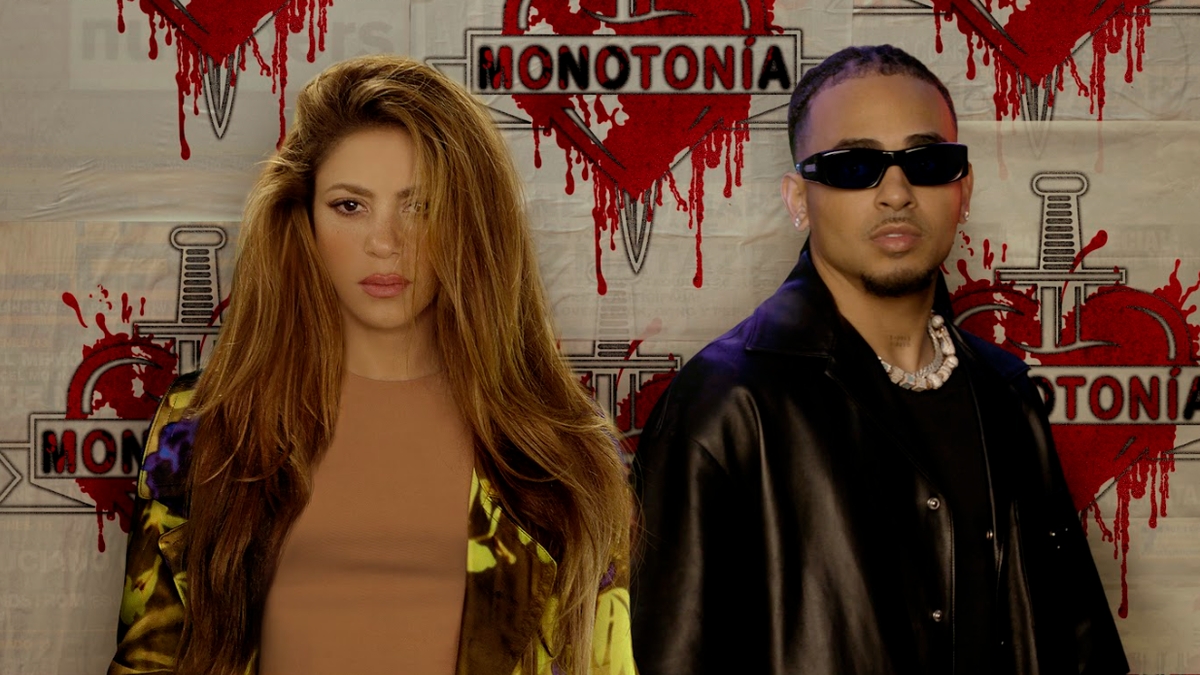 As Shakira gears up for her 12th studio album, the Colombian superstar has called upon Ozuna for the second single, “Monotonía.”

As the title suggests, the song is about the monotony that can occur when a couple gets too comfortable in a relationship. Naturally, there’s disagreement about who’s at fault when they sing, “Tú distante con tu actitud, y eso me llenaba de inquietud/ Tú no daba’ ni la mitad, pero sí sé que di más que tú.”

In English, this roughly translates to: “You were distant with your attitude, and that filled me with restlessness/ You didn’t give even half, but I do know that I gave more than you.”

The over-the-top music video starts off with Shakira singing to Ozuna in the snack aisle of a grocery store before a literal bazooka blows a large hole in her chest. Somehow still alive, she picks up her still-beating heart in an attempt to keep the romance alive. Watch visual, co-directed by Shakira with Jaume de la Iguana, below.

“Monotonía” follows Shakira’s latest hit, the Rauw Alejandro collaboration “Te Felicito.” Released in April, the track topped the Billboard Latin Airplay chart and peaked at No. 67 on the Hot 100. Outside of music, the Colombian pop star is facing eight years in prison and a $24 million fine in an alleged tax fraud case after a judge in Barcelona recently ordered it to go to trial.

Ozuna is coming off two major milestones: his latest album, Ozutochi, and a contribution to the official 2022 FIFA World Cup soundtrack called “Arhbo” featuring Congolese-French rapper GIMS. The Puerto Rican singer and rapper is currently on a US tour; tickets are available now via Ticketmaster.