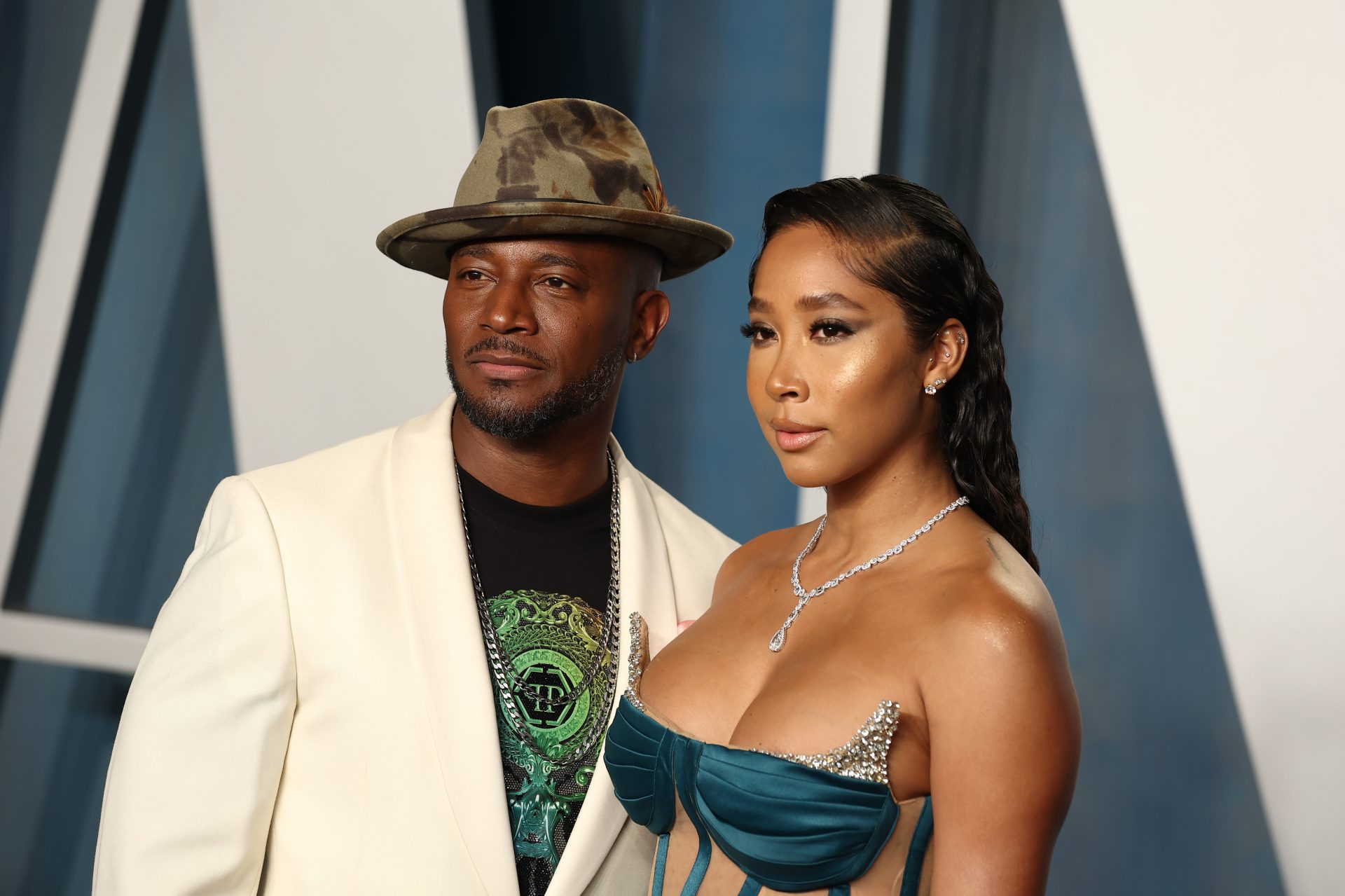 Despite avoiding specific questions about their relationship status, Taye Diggs and Apryl Jones haven’t held back on their PDA. For months, the two have maintained an online presence that gives wholesome, joyous, and lovey-dovey vibes. While we may not be sure when their honeymoon phase started, it’s pretty clear that stage hasn’t ended. And the innanet is here for it!

I’m not into celeb relationships at all but man Taye Diggs and Apryl Jones bring a smile to my face 😭💯they’re so darn cute.

Apryl Jones and Taye Diggs is such an unexpected match up. I like it though!

Here are seven times that Apryl and Taye pulled on heartstrings, tapped funny bones, and inspired all the warm feels of the honeymoon phase!

1. When Taye Diggs Said He Feels Blessed To Be Loved By Apryl Jones

Taye might’ve dodged the dating question in July, but a little over a month later, he declared Apryl’s love a blessing. In a short, sentimental, and sweet video clip, Taye spoke about being in disbelief about his blessings. He listed his son’s birth and long-standing acting career as blessings before turning his attention to Apryl.

“And then the fact that this woman is in love with me,” Taye said. “That’s how I know, praise you Lord, Jesus, Buddah or Universe cause somehow she’s….with me. So, for all you people out there that don’t think there’s a God and no higher being and no higher force, f–k y’all and I know that there is cause someone looking out after me.”

Taye Diggs says he feels blessed to be loved by Apryl Jones! 💍🔔👀 pic.twitter.com/VJHVVoRUxj

The pair sparked dating rumors in early December 2021 when Just Jared reported that Taye and Apryl “danced the night away” at Jennifer Klein’s holiday party.

By February, the talks kept swirling when they made their red carpet debut. Taye seemingly invited Apryl to join him for a private screening of his movie Incarnation, and after the event, the pair showed each other some love on the ‘gram.

Since then, they’ve appeared on at least two other red carpets, including an Oscars afterparty and the Critics’ Choice Awards.

3. When Taye & Apryl Practice Their Singing, Dancing, And Acting Skills Together

One thing about them, Taye and Apryl gon’ exercise those singing pipes! Their joint belting videos are a popular reference to the couple. On-key or off-key, the mood is typically playful and airy.

Like the singing, the pair’s moves are frequently a source of laughter–from both of them and their viewers!

And we can’t forget when Taye taps into his acting coach and characters bag and brings Apryl along for the ride!

4. When Taye & Apryl Cracked Up Over Apryl Farting In Bed

Let Apryl and Taye be an example if you’ve ever needed a sign to stop busting your guts by holding in farts around bae. Their love seemed to turn a literal stinky moment into heavy laughter!

5. When Taye Interacts With Apryl’s Children

Choosing to be with someone who is already a parent means understanding your bae comes as a package deal with their little (or grown) ones. At this time, we haven’t publicly seen Apryl interacting with Taye’s 12-year-old son Walker Nathaniel Diggs.

However, Taye’s relationship with Apryl’s six-year-old daughter A’mei and seven-year-old son Megaa seems to echo the silly vibe he shares with their mother.

The PDA. The smiles. The captions. Need we say more?

7. When Taye & Apryl Traveled To Bora Bora For A Baecation

And last, but *fingers crossed* not least, Taye and Apryl’s baecation in Bora Bora is proving to be just as entertaining as their mainland shenanigans!