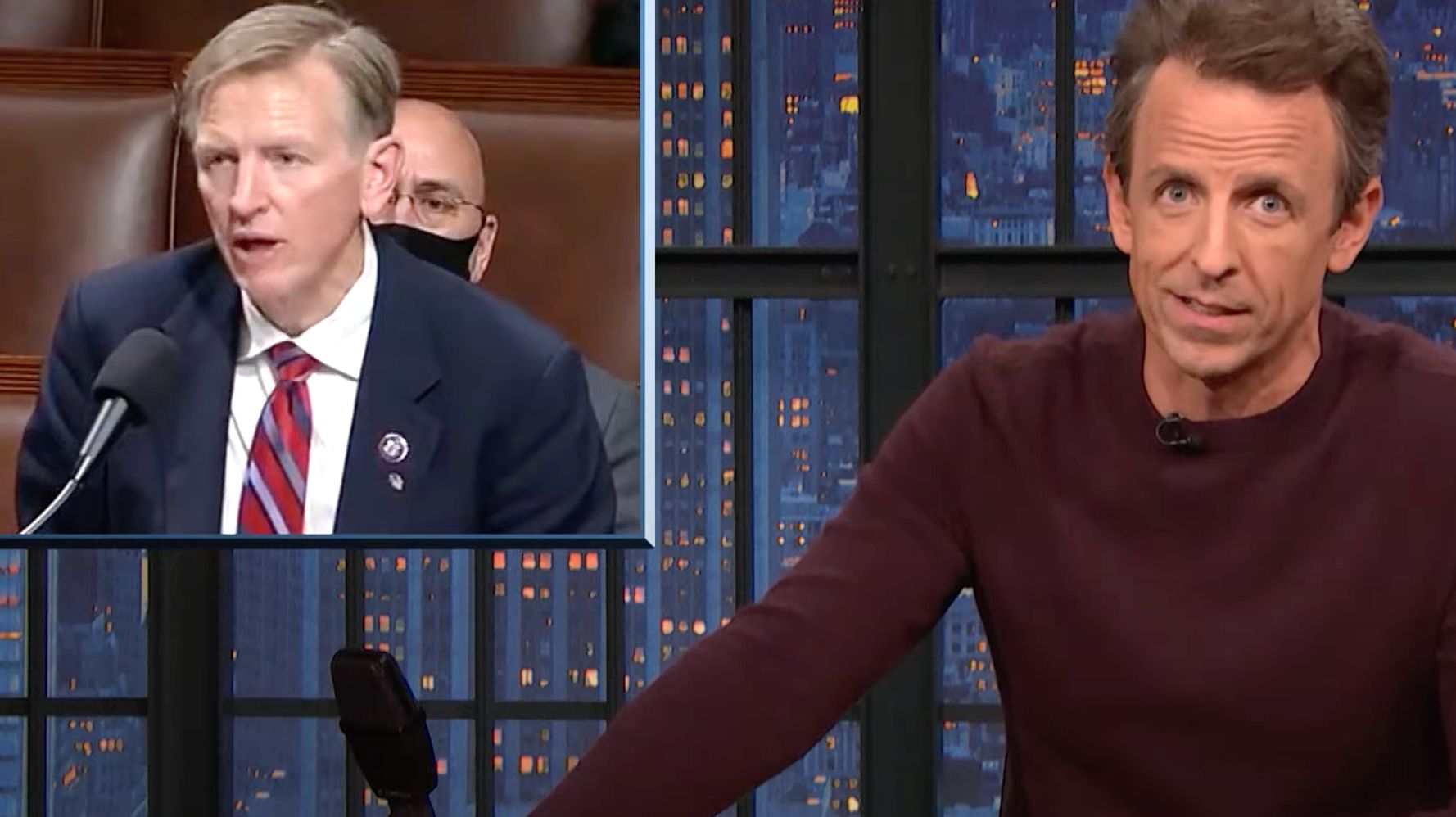 Meyers noted Thursday on “Late Night” that as President Joe Biden signed the bipartisan infrastructure bill into law this week, many Republicans were busy defending Gosar for posting the anime depicting murder. Gosar refused to apologize for sharing the clip; he was formally censured by the House on Wednesday and stripped of his committee assignments.

“To Republicans complaining that this is a waste of time, this whole thing would have been much easier and taken up much less time if you’d just been willing to step forward and say it was a deeply stupid tweet,” Meyers said. “But to be fair, he is a deeply stupid man.”

Rep. Louie Gohmert (R-Texas) “offered perhaps the dumbest defense,” according to Meyers: The lawmaker said he couldn’t find violence in the video while freeze-framing it.

“Our political system can’t function like this, where one party, for all its many flaws, tries to govern responsibly and the other wants to burn everything down,” Meyers said.