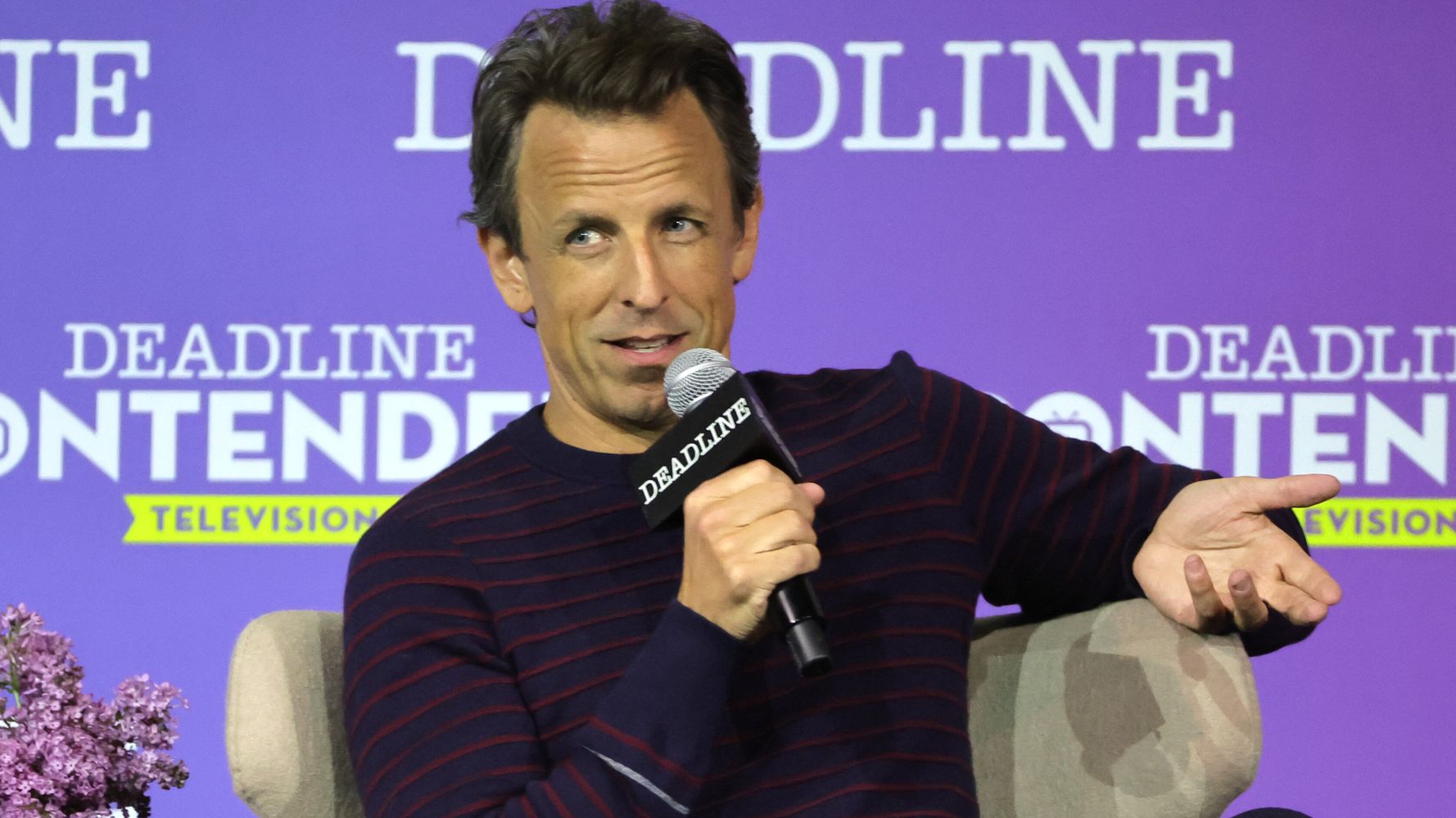 “Late Night” host Seth Meyers on Sunday said he will stop joking about former President Donald Trump when Republicans stop recognizing him as the GOP’s future.

“It’s not like we think he’s a comedy gold mine,” Meyers said at a Deadline Contenders panel in Los Angeles, per Deadline. Republicans “fully believe he’s still the leader of the party. I think once they cleave themselves from him we will happily move on as well.”

It would help, Meyers added, if Trump would stop talking about himself, which invariably becomes comic fodder for most talk show hosts.

The former “Saturday Night Live” star recalled an audience member once asking him, “Do you always make fun of Donald Trump?”

Here are a few recent Meyers zingers about the former president:

― On Trump’s claim that Democrats won’t debate him on his stolen election lie because they can’t win: “You’re like the high school nerd who said: ‘I asked the head cheerleader to prom, but she refused to go because she can’t keep up with my scorchin’ dance moves.’”

― To House Republican leader Kevin McCarthy (R-Calif.) : “You’re saying Biden is the one who should have been giving aid to Ukraine sooner? The guy you supported tried to extort Ukraine like a mob boss counting singles in the back room of a strip club.”

On Russia’s unprovoked invasion of Ukraine: “So, if you’re like most people, you were shocked and horrified. But if you were Donald Trump, apparently you were at Mar-a-Lago watching it with a bunch of Palm Beach plastic surgeons and their third wives and thinking, ‘You really got to hand it to Vladimir Putin.’”