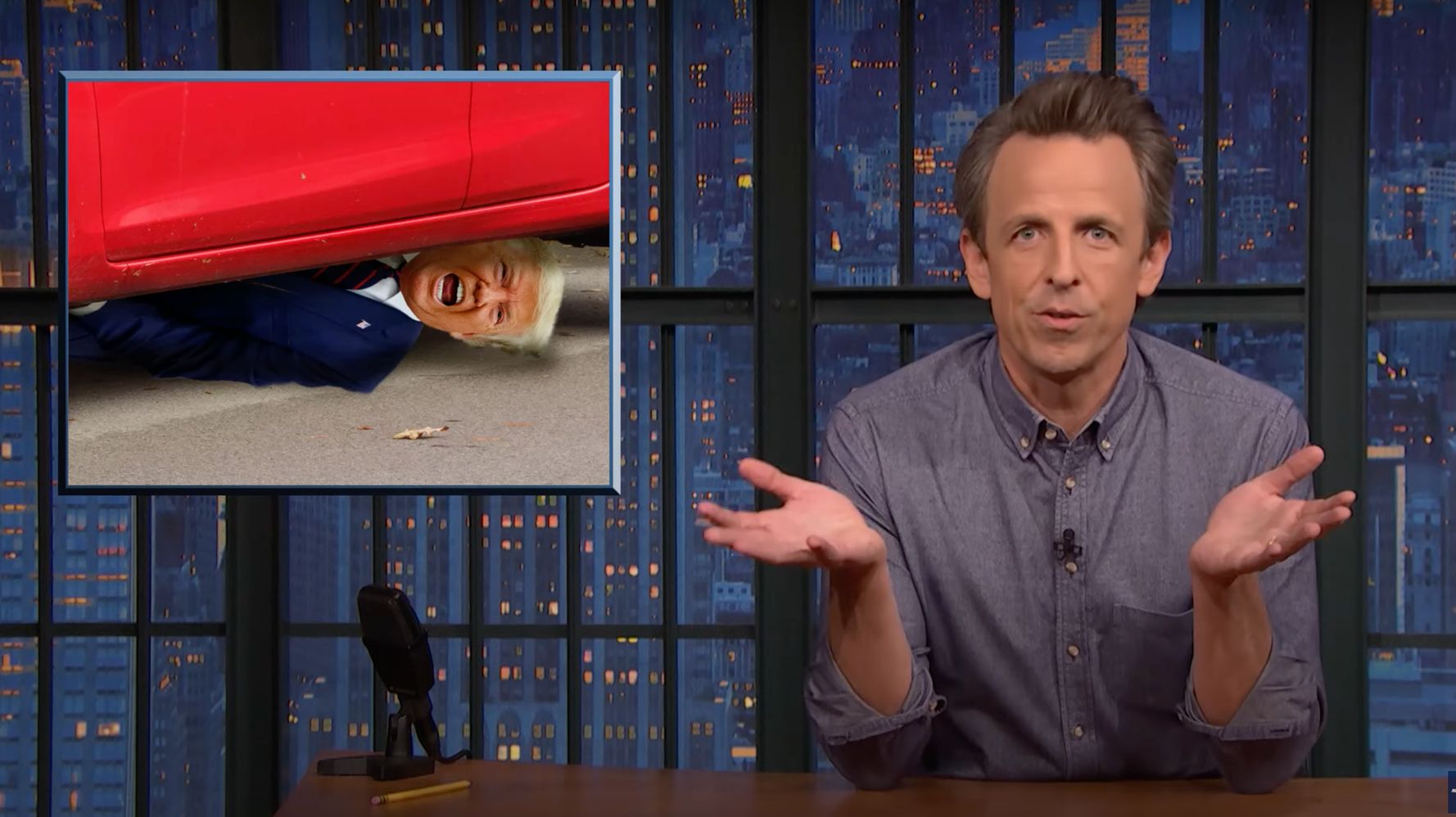 The noise may have faded into the background for some people, but Seth Meyers is still very concerned about former President Donald Trump’s ongoing lies about the 2020 election.

“No one seems to do anything about the fact that a former president who incited a violent mob to attack the Capitol is still actively engaged in a slow moving coup, intent on dismantling democracy,” the comedian said on “Late Night” Thursday. “It feels crazy. He’s just out there shankin’ drives and haunting weddings.”

“It’s like if instead of a shack in the woods, the Unabomber had a residency at Caesar’s Palace,” Meyers added. “And he’s still walking around repeating the lie that the election was stolen, and that’s where dangerous meets pathetic.”

In multiple interviews recently, Trump has continued to complain about the election he lost 17 months ago. He has also called for Democrats to debate him about it and said that nobody took him up on the offer because “they can’t defend it.”

“Yeah, sure, that’s why they don’t want to debate you,” Meyers quipped. “You’re like the high school nerd who said: ‘I asked the head cheerleader to prom but she refused to go because she can’t keep up with my scorchin’ dance moves.’”