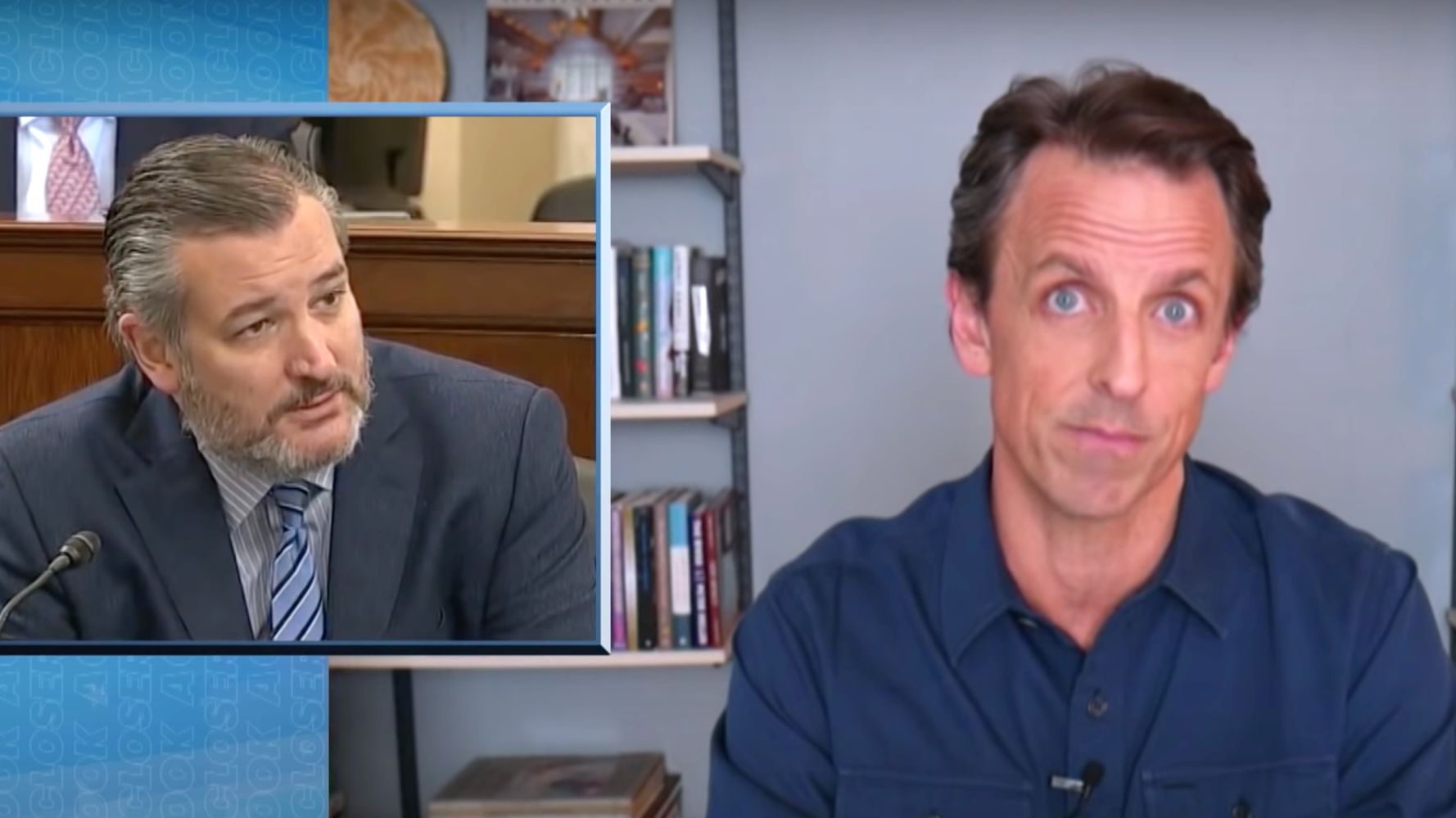 The Texas Republican went on Fox News last week to “grovel and debase himself” by saying he “didn’t actually mean to condemn the violent insurrection he helped foment on Jan. 6,” the “Late Night” host said.

Meyers was referring to a rare moment of honesty from Cruz last week, when he denounced the 2021 riot at the U.S. Capitol led by a pro-Trump mob, calling it a “violent terrorist attack.”

But Fox News’ Tucker Carlson scolded him Thursday night for doing so, prompting Cruz to walk back his words, calling them “sloppy,” “dumb” and a “mistake.”

“Wow. I knew Ted had a thing for self-humiliation, but that is next level,” Meyers said. “Imagine begging for forgiveness from a cable news host while he sits there with that look he always has on his face like he’s trying to remember the name of the other guy from Wham.”