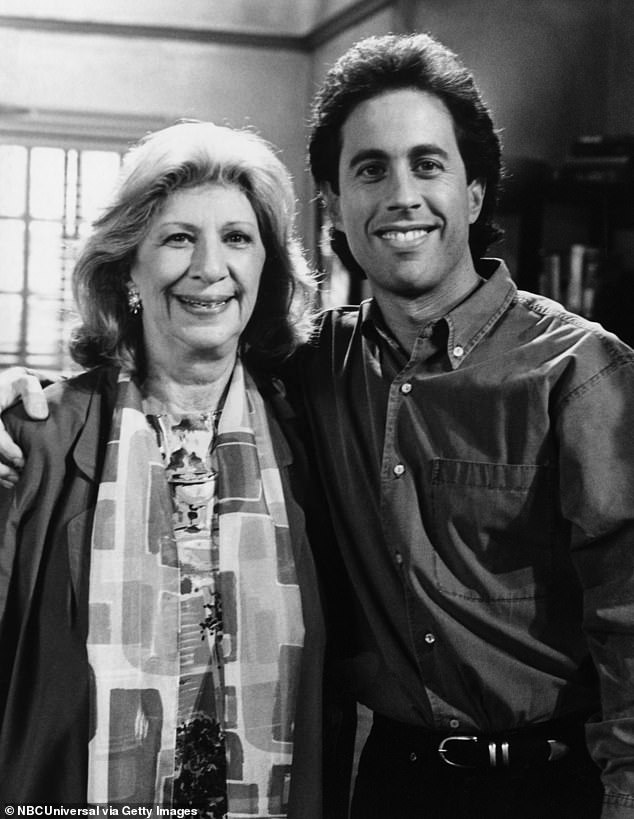 Seinfeld mom dead at 93: Actress Liz Sheridan who played Jerry’s mother on the iconic sitcom ‘passes away in her sleep from natural causes’

Liz Sheridan, the actress who played Jerry Seinfeld’s mother on his hit show, has died at 93.

The star is said to have passed away from natural causes, TMZ reports.

Per the report, Liz died ‘peacefully in her sleep’ on Friday at 2:30am, just five days after her 93rd birthday.

She portrayed the character of Seinfeld’s mother Helen on the show for the entire series run from 1993 to 1998, appearing in 21 episodes.

Seinfeld mom dead at 93: Actress Liz Sheridan who played Jerry’s mother on the hit show ‘passes away in her sleep from natural causes’

Playing the very overprotective parent, Liz’s character was known for her catchphrase, ‘How could anyone not like him?’

She starred in the show alongside Barney Martin who played Seinfeld’s father Morty.

The thespian was also known for her role as Raquel Ochmonek in the series ALF that ran from 1986 to 1990 and appeared in 34 episodes of the show.

Her movie credits included small roles in Who’s That Girl (1987) starring Madonna, and Play the Game (2009). 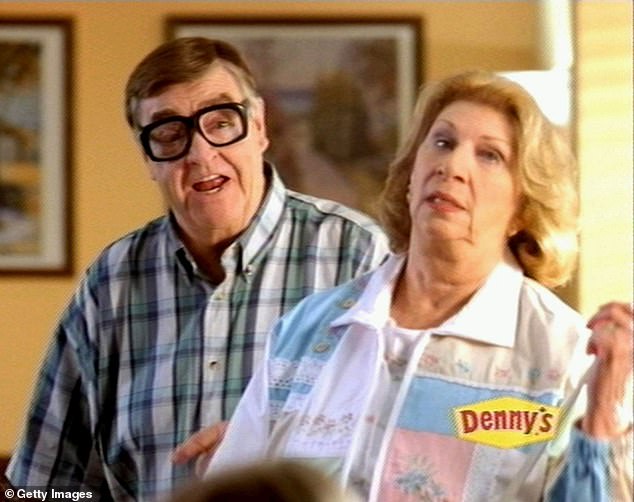 Mom and dad: She starred in the show alongside Barney Martin who played Seinfeld’s father Morty (Pictured above in a 2002 commercial for Denny’s)

The performer caused a stir with the romantic comedy Play the Game, due to its octogenarian sex scene between her and Andy Griffith.

Sheridan began career in showbusiness in New York City and the Caribbean, working as a nightclub dancer and singer, before moving on to stage work.

She was cast in Broadway productions throughout the 1970s, both in musicals and plays.

During her time treading the boards, Sheridan co-starred with Meryl Streep and Christopher Lloyd in the 1977 musical Happy End.

After that she relocated to Los Angeles and began working Hollywood, finding work in supporting roles in many prime time network television movies. 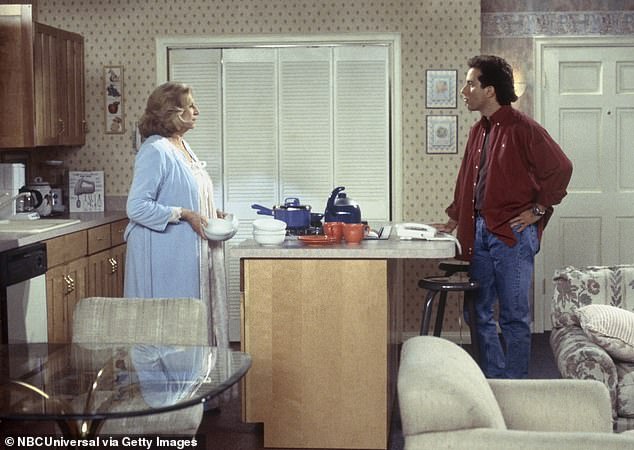 Classic: Playing the very overprotective parent, Liz’s character was known for her catchphrase, ‘How could anyone not like him?’

ALF was her first major role where she played nosy neighbor Rachel, putting her on the map as reliably funny character actor.

An acronym for ‘Alien Life Form’ the NBC show ALF was a big hit that went into syndication for years.

However, Sheridan really solidified herself on the television landscape when she joined Seinfeld, the eponymous show created by Larry David and Jerry Seinfeld.

Widely regarded as one of the greatest and most influential sitcoms of all time, the show ran over nine seasons and produced 180 episodes.