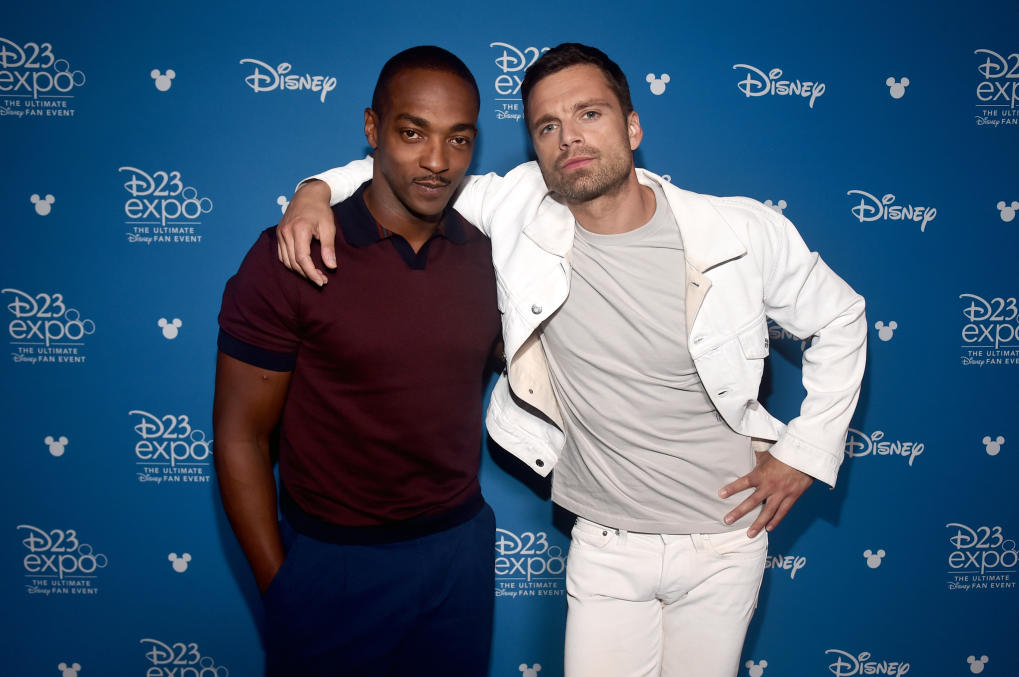 One of Marvel’s most famed bromances is on the fritz. At least temporarily.

Over the course of four MCU movies and the six-episode limited series The Falcon and the Winter Soldier, Sebastian Stan and Anthony Mackie have been seemingly inseparable for much of the past decade.

The pair lovingly known by fans as “Stackie” has delivered countless unforgettable moments on the press circuit, from their red-carpet beef with fellow Avengers Mark Ruffalo and Don Cheadle to their on-the-spot reincarnation of Siskel & Ebert to their teasing hints at off-camera shipping. And that’s just on Yahoo. Hop over to YouTube to really go down the Stackie wormhole.

But as Stan told us Thursday while promoting his acclaimed new romantic thriller Fresh, the duo isn’t as dynamic these days. They’re not even texting at all right now.

“Anthony hasn’t returned a text of mine since November of 2021,” Stan says. “We’re taking a break.”

“I sent him a picture of my Christmas tree and I got nothing in return, so…”

Of course, Stan could be joking. It’d be filed under “Classic Stackie.” Receiving no response to a photo of one’s Christmas tree feels like an odd place to draw a line in the sand. But if Stan is joking, he’s doing helluva job selling it.

“You have to understand I love him,” Stan continued, before recommending his Fresh co-star Daisy Edgar-Jones (Normal People) also work with Mackie at some point. “That’s the real problem. I love him. I actually miss him.”

Stan still expressed pride for Mackie’s promotion to Captain America at the conclusion of Falcon and Winter Soldier. Stan also started the hype train on Captain America 4, in which Mackie will star but is not yet scheduled for production or release.

“I’m very excited for that movie and I think he’s going to be great,” Stan says. “He’s going to add a whole different feel to that idea. It kind of reminds me a little bit of Rocky, in some ways.”

Fresh is now streaming on Hulu.