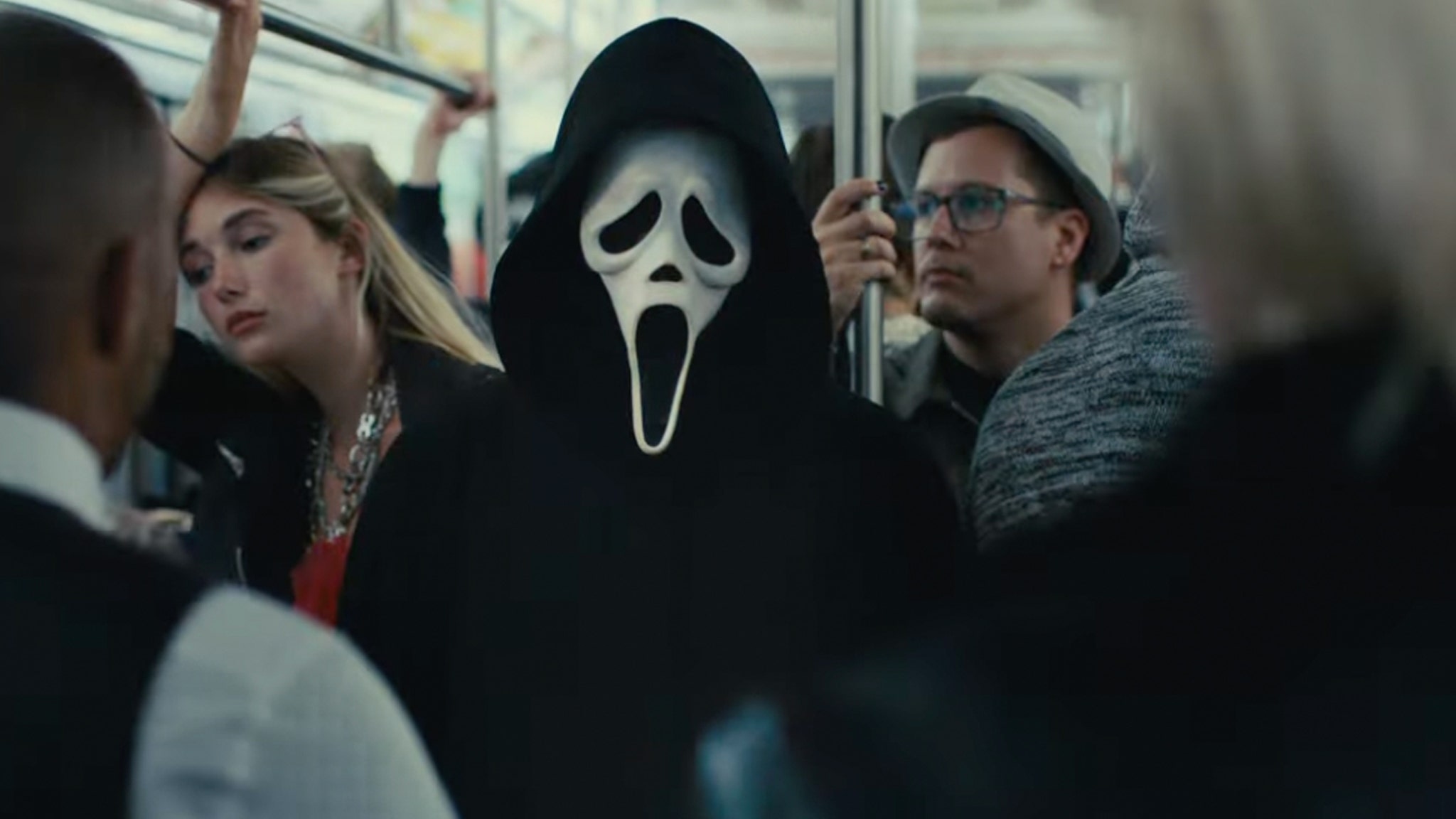 It’s the first film without star Neve Campbell … and finds Ghostface taking a stab out of the Big Apple.

The footage shows some of our favorite survivors on — where else? — the subway, as Ghostface makes their move. “In a city of millions, no one hears you scream,” warns the text on screen.

The sixth film in the franchise sees the return of legacy cast member Courteney Cox, as well as Melissa Barrera, Jasmin Savoy Brown, Mason Gooding, and Jenna Ortega — who all first appeared in the 2021 release.

Series star Neve Campbell decided against appearing in the film after she received an offer she felt “undervalued” her worth to the series. She later confirmed she’d still consider coming back in future films … “if they came to me with a number that felt right” and “respectful.”

The movie also features the highly-anticipated return of Hayden Panettiere as Kirby Reed.

While Kirby seemingly died in “Scream 4,” in which she was also first introduced, the 2021 “Scream” re-quel included an Easter egg confirming she actually survived. Back in July, Panettiere claimed she called the team behind the new films up herself “and was like, ‘So, you guys don’t happen to want to bring Kirby back, do you?’ I wanted to be in it that badly.” At the time she added, “I don’t think anyone’s going to be disappointed.”