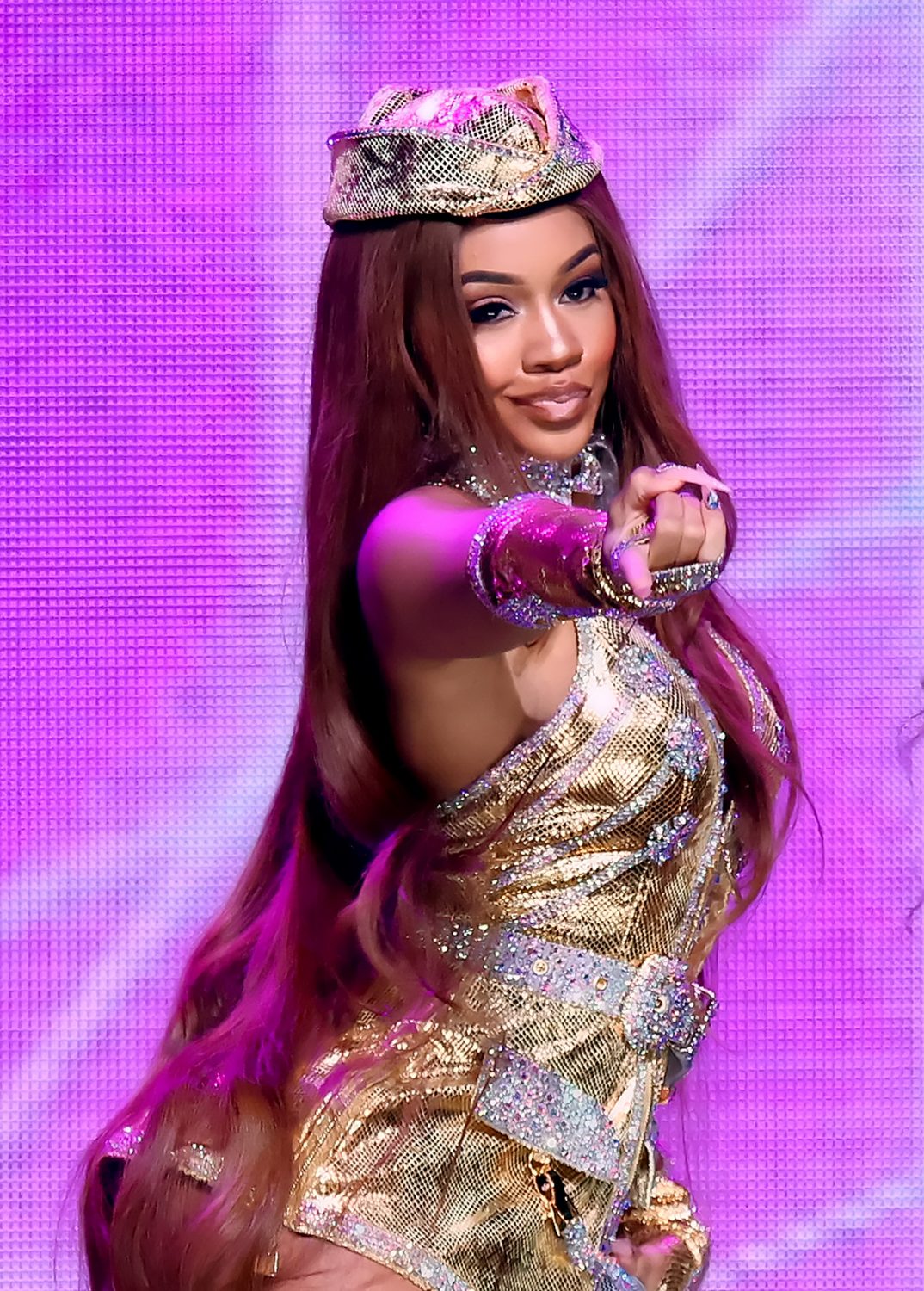 If there’s one thing we know about Saweetie it’s that she’s always working, and it looks like her hard work and dedication have paid off! Yes, making the money is great, but getting your flowers while you’re still here is amazing too and Saweetie got hers when she took home Billboard’s 2022 Game Changer award on Wednesday!

The night was eventful for Saweetie, who walked the red carpet looking bomb as usual, performed her new song ‘Closer,’ and had her mom right beside her the whole way! The Icy Girl tweeted a message of thanks to Billboard in celebration of the honor.

“Thank you @billboard for honoring me as the game changer! My frequency of gratitude was vibrating so high last night!!! Icy gang this 1’s for us,” she wrote. “We’re going to continue to change the weather…while they only report it! IKDR!”

Now y’all know Saweete brings a vibe to any room she steps in, but her momma almost brought the place to tears as she presented her baby girl with the award.

“It is such an honor to celebrate my Saweetie with all of you,” her mom Trinidad Valentin tearfully said. “Her songs have generated 2 billion on demand official streams in the U.S. and she’s had 3 number ones on Billboard’s rhythmic airplay chart.”

She went on to recall the moment her young daughter revealed that she wanted to seriously pursue rapping as her career.

“When Saweetie was in middle school, she discovered a poem I had written,” she said. “To my surprise she took on the art of poetry and it made me really proud. Once Diamonte reached high school and preparing for her college years, I’ll never forget the day I asked if she decided on what she wanted to do professionally. She replied ‘Mom, I’m gonna be a rapper.’ My heart sank and my stomach fell to the floor.”

Saweetie eventually joined her mother on stage to accept, and thanked her fans for the support!