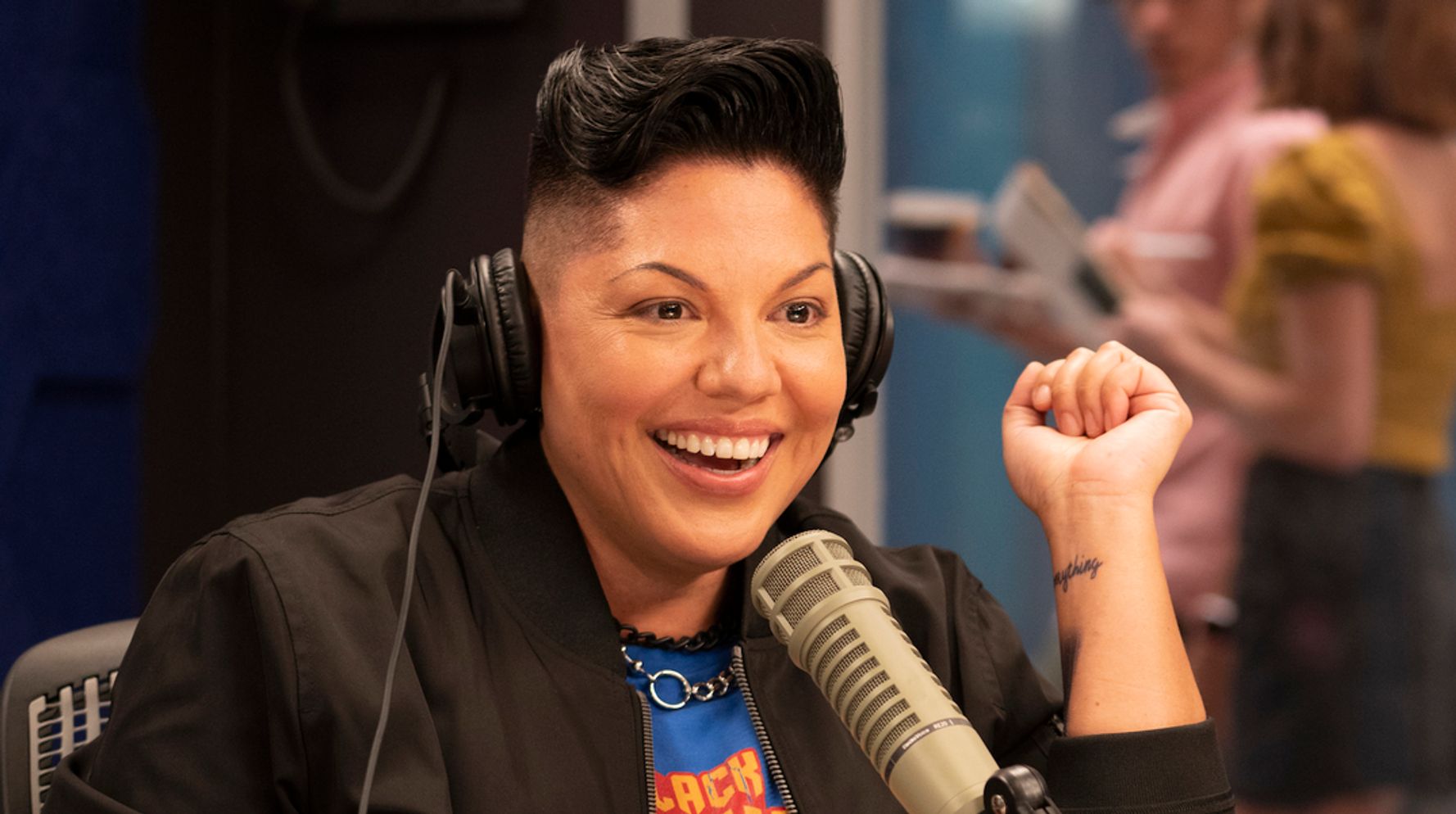 Sara Ramírez has no regrets about shaking up the “Sex and the City” universe, even if it means dealing with more than their share of criticism.

By all accounts, Ramírez’s portrayal of the queer and nonbinary comedian Che Diaz on “And Just Like That … ,” HBO Max’s “Sex and the City” revival series, has divided critics as well as longtime fans of the franchise. The actor, however, told The New York Times this week they’ve chosen to look beyond the internet discourse and focus on the “representation that we’ve created” instead.

“I’m very aware of the hate that exists online, but I have to protect my own mental health and my own artistry,” said Ramírez, who is nonbinary. “And that’s way more important to me because I’m a real human being.”

“I’m really proud of the representation that we’ve created,” they added. “We have built a character who is a human being, who is imperfect, who’s complex, who is not here to be liked, who’s not here for anybody’s approval. They’re here to be themselves.”

In December’s premiere episode of “And Just Like That … ,” Che Diaz was introduced as a colleague of Sarah Jessica Parker’s Carrie Bradshaw and one of three co-hosts of the podcast “X, Y and Me.” In recent weeks, they’ve become a more established part of the show’s narrative after starting an affair with Miranda Hobbes (Cynthia Nixon).

Ramírez has experience playing groundbreaking, if polarizing, characters. Aside from “And Just Like That … ,” their best-known role is that of Dr. Callie Torres, an orthopedic surgeon on “Grey’s Anatomy.” Though Callie was introduced as a love interest for Dr. George O’Malley (T.R. Knight), the character later came out as bisexual, and went on to have romantic relationships with male and female colleagues.

Yet the backlash toward Che Diaz has been significantly more intense. The Daily Beast proclaimed Che “the worst character on TV,” while the LGBTQ news outlet Them criticized the show as a whole for offering “a semi-offensive, but mostly just annoying caricature” of a nonbinary person.

The Los Angeles Times was slightly more magnanimous, calling Che “TV’s most inexplicable breakout star” while adding that they brought “some much-needed sartorial diversity to a show known for its super-femme styles.”

“And Just Like That … ” writer and co-executive producer Rachna Fruchbbom defended Che in an interview with Vulture published Thursday. “Miranda is making choices to be Miranda, and Che is a conduit to that, and making Che not perfect highlights that,” she said.

As for Ramírez, they told The New York Times that they welcomed “the passion that folks are bringing to the table around this representation,” and offered their thoughts on how the character of Che would address the critics.

“I imagine Che would have something very witty and silly and funny as a rebuttal; something that ultimately reminds everyone that they are human; something with a sprinkling of self-deprecation, because I think they know they’re a narcissist,” they said. “And maybe just a little reminder that no one’s perfect.”