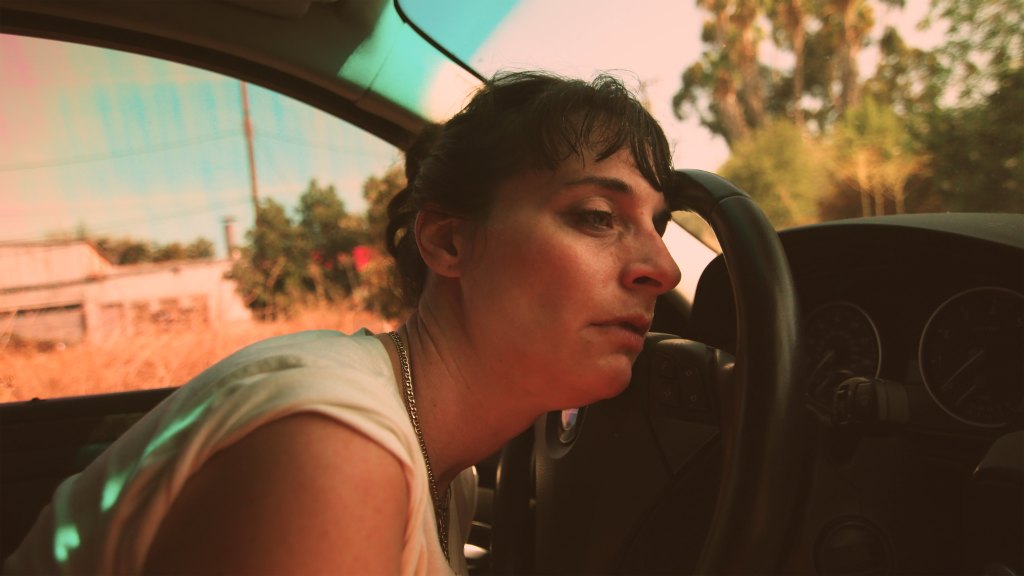 In addition to New Mexico being a serious place for filmmaking and TV series –the state reaping a record $855.4M from Hollywood’s motion picture & TV industry’s spending– Santa Fe itself counts a fervent moviegoing community, especially for arthouse and experimental product.

Audiences packed venues around town for the Santa Fe International Film Festival from Oct. 19-23 for films of all shapes and sizes at such venues as the George R.R. Martin owned Jean Cocteau Cinema; the Moorish, Spanish Renaissance 1931 built Lensic Theater; and the two-story, bistro cinema the Violet Crown in the swanky railroad district among others. In regards to the moviegoing spirit, think Toronto, but on a much smaller scale.

However, at a time when the industry sweats as to when the 40-plus demographic will return to the cinema after the pandemic, especially with LA’s arthouse scene hobbled with the Landmark on Pico and the Arclight completely dark; here’s hope, Hollywood, in a city of 88K residents that older moviegoing is showing signs of life in America. Read, the SFiFF booking of Amy Redford’s slow burn YA thriller Roost was completely filled at the Violet Crown on Thursday night, and by the 50+ crowd. When I relayed this to a distribution boss this morning, they remarked that Violet Crown is a mandatory booking in any theatrical release’s distribution track, the multiplex playing everything now from Black Adam to Tar.

So, while the rest of the nation was flocking to Dwayne Johnson’s Black Adam, and making that his highest opening ever as a solo star ($67M), Santa Fe hit pause on the tentpoles this week in exchange for more edgier far. One diamond in the rough last night at SFiFF that even caught the attention of Twilight filmmaker Catherine Hardwicke, who was in attendance for the entire two-hour block plus Q&A, was the fest’s surreal shorts showcase at the Center for Contemporary Arts Theater. The theater is located in the back of a parking lot in a residential area of the city. The CCA had NEON’s David Bowie documentary Moonage Dream currently on the marquee there, but that pic took the break for the night for a lineup of seven trippy shorts from filmmakers who hailed from Mexico, Canada, USC and UCLA cinema grad programs.

The most ambitious of these was the black-and-white silent horror short Unheimlich from Mexican filmmaker Fabio Colonna who already has ten short movies under his belt — ambitious in the film’s vibrant, labyrinth rickety attic-tunnel-like set and use of VFX in the monster’s transformation. The 16 minute movie follows a young woman (Helena Puig), who wakes from a nightmare during rainy night. She runs through a surreal maze where she confronts a sinister creature (José María Higareda) in the mirror who then chases her. It’s a short evoking German impressionism that would make Guillermo del Toro proud.

Then there was Upright Citizens Brigade and USC alum and Los Angeles based comedienne Emily Maya Mills who had two shorts that got into SFiFF: Boo Hag or Shadow Man in the genre shorts and This Actually Happened in the surreal section. Mills, whose TV credits include Agents of S.H.I.E.L.D, Warner Bros. Right Now Kapow, Harry’s Law, The Birthday Boys, has a monthly comedy show in the Frogtown section of LA and is known not just for her sketch and improv work at UCB throughout the years, but for her parade of eccentric socially-bent characters from her one-woman show God Hates Figs. Now taking her comedic voice, and game-improv sensibility to the screen, Mills’ Boo Hag or Shadow Man, follows an R.N. (Tiffany Gist) who returns home after a 12-hour shift, ready for a quiet evening of pancakes and trash TV. But her spirit conjuring roommate (Eboni Adams) brings home company– an angry specter she accidentally released from a client at work. Now they have to divvy up banishment duties and there’s no time for a chore wheel. Mills, wearing several hats, shot the short during Covid with her actresses in an AirBnB; much of her below the line crew having to zoom into the shoot. The short was Mills’ USC 546 thesis funded by the school by way of a pitch competition. You can watch the trailer below:

Mills’ eight minute comedy This Actually Happened which played the surreal section starred her collaborator and Key and Peele actress Lindsay Ames and Better Things and Party of Five actress Carrie Aizley. Logline: After a guilt trip to morning yoga, Lindsay opted out of bicycle shopping with her mother, citing hangover symptoms and toxic parenting— only to find herself held hostage by the hellscape of a sedan. Ames wrote the script which is based on her saga of being locked in the car by her mother on the hottest day of the year.

“It was a true story,” said Mills at the Q&A, and that the m.o. of the production “was to follow the beats of the stages of grief.”

“All I can tell you is that she (the mother) went to buy a bike and they were parked in a weird-ass spot and no one came by — it went on for an hour and 15 minutes,” said the director. Mills shot the movie with a handheld cam inside a BMW, also during one of the hottest days of the year in July in between Covid surges. Mills starred in last year’s short Soundman which made the festival rounds.

Also providing laughs last night was Jeff Hilliard’s musical video Consensual about a mobile guru who dreams of getting it on with a girl he’s literally trying to pick up. Hilliard stars in the short with Hannah Boddy and Jessica Wall. The LA-based multihyphenate, whose film work has a musical bent, starred in Paul Schrader’s Dog Eat Dog which played the 2016 Director’s Fortnight at Cannes. Green screen and VFX were key in pulling off the hysterical Consensual which you can watch below:

One UCLA thesis film, Captain Ocean came from Jessie Klearman which starred her boyfriend Tre Smith as a guy who is on the lam, hiding out in Joshua Tree for a crime he didn’t commit, which he details throughout the film. Smith told the crowd that the short repped his acting debut, which greatly expressed Hardwicke. He had previously worked in promotions, but acting is the new gig. Trailer below:

From Toronto’s Ryerson Film program was Greg Fox’s 24-minute Monkey-Love, Please Hold about a young man, (Dan Mousseau of Strays) obsessed with The Planet of the Apes, and recently broken up, who takes solace in repeated live sex chats with an office woman (Hannah Galway who stars in Guillermo del Toro’s Cabinet of Curiosities). Monkey-Love, Please Hold is the seventh short from Fox.

Paying great homage to such 1980s pulp thrillers like Robert Vincent O’Neil’s Angel, but much funnier, is Tipper Newton’s Wild Card, about a guy played by Days of our Lives Billy Flynn who submits himself on videotape to a dating service. He gets a call from the gum-chewing, red leather clad Toni, whom the director (whose TV credits include The Mindy Project, Curb Your Enthusiasm) also plays. Let’s just say this: She has a gun, and a history. Wild Card is Newton’s third directed short.

If there was a motif going on in the lineup, four of the shorts centered around relationship woes. Co-directors Harry and Sidney Schleiff dote on a couple whose life has become bored and stagnant in Detached. However, their spirits leave their bodies, respectively on different nights, and they’re replaced with re-energized, hyper versions for better…or for worse. The whole event forces them to confront the reality of living with an idealized version of themselves. The short recently played the Hamptons Film Festival. Sidney Schleiff is a writer on Netflix’s Kid Cudi and Kenya Barris co-created Entergalactic.