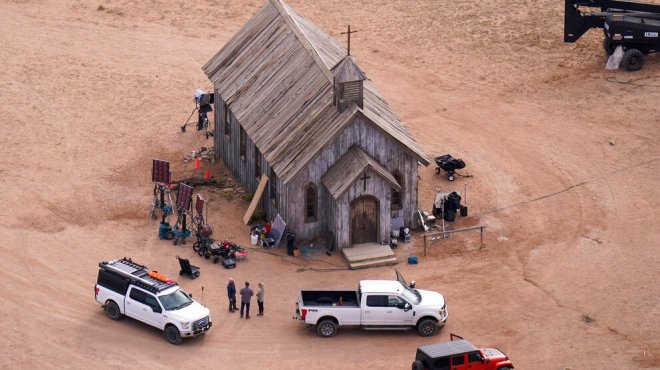 Charges could soon be coming in the fatal shooting last year of Rust cinematographer Halyna Hutchins.

The Santa Fe First Judicial District Attorney’s office has been granted $317,750 for a potential prosecution of as many as four individuals connected to the case, Deadline has confirmed.

The exact identity of the quartet was not named in a Aug. 30 letter DA Mary Carmack-Altwies sent to New Mexico’s Board of Finance originally requesting $635,500 in additional funds. However, the DA did say that “one of the possible defendants is well known movie actor Alec Baldwin.”

Read the letter in full here.

Deadline has reached out to Baldwin’s reps and attorneys for a response and will update the story should we hear back.

A rep for the Santa Fe County Sheriff’s office told Deadline “no final report has been provided” to the cops from the DA’s office. Beyond sharing a copy of Carmack-Altwies’ letter, the DA had no further comment on the pending prosecution.

Noting  in her letter that any possible case could “require up to four separate jury trials,” the DA also told a Board of Finance session last week that “in each of those charges, we will probably include some variation of our homicide statute.”

Hutchins was killed by a gun discharged by Rust star/producer Baldwin on the set of the indie Western on October 21, 2021. Though a plethora of civil lawsuits, including a wrongful death action by Hutchins’ widower have been filed since, no arrests or criminal charges have come down.

At the center of many of those civil cases, Baldwin has long denied he pulled the trigger on the gun that murdered Hutchins.

“I didn’t pull the trigger” he told ABC News’ George Stephanopoulos back in December. The Aviator actor reiterated that defense to Chris Cuomo on his podcast The Chris Cuomo Project back in August, and questioned who put the live round in the gun; Baldwin being told by the Rust Assistant Director Dave Halls that the weapon was a “cold gun”.

In April, Luke Nikas, an attorney for the Oscar nominee, said that the New Mexico Occupational Health and Safety Bureau report into Rust “exonerates Mr. Baldwin by making clear that he believed the gun held only dummy rounds and that his authority on the production was limited to approving script changes and creative casting.”

On Aug. 18, Rust armorer Hannah Gutierrez-Reed slammed the Sheriff’s Office, for not pursuing the question as to “where did the live rounds that ended upon the Rust set come from? As can be seen from the attached emails, the Sheriff’s office made a conscious decision not to pursue this question at all by refusing to ask the FBI to test any of the rounds for fingerprints or DNA. We now know for certain there were live rounds on set.”

On Sept. 16, Los Angeles Superior Judge Michael E. Whitaker stripped down an assault and battery suit which was brought forth by Rust script supervisor Mamie Mitchell, saying, “While [Rust script supervisor Mamie] Mitchell alleges that the producers assisted Baldwin by supplying the loaded weapon, Mitchell’s allegations fail to establish that the producers knew Baldwin would aim and fire the loaded weapon … such that they would be jointly liable for his intentional conduct.”

A probe by the Santa Fe Sheriff’s office on what happened and how a live round got in the gun is still underway.