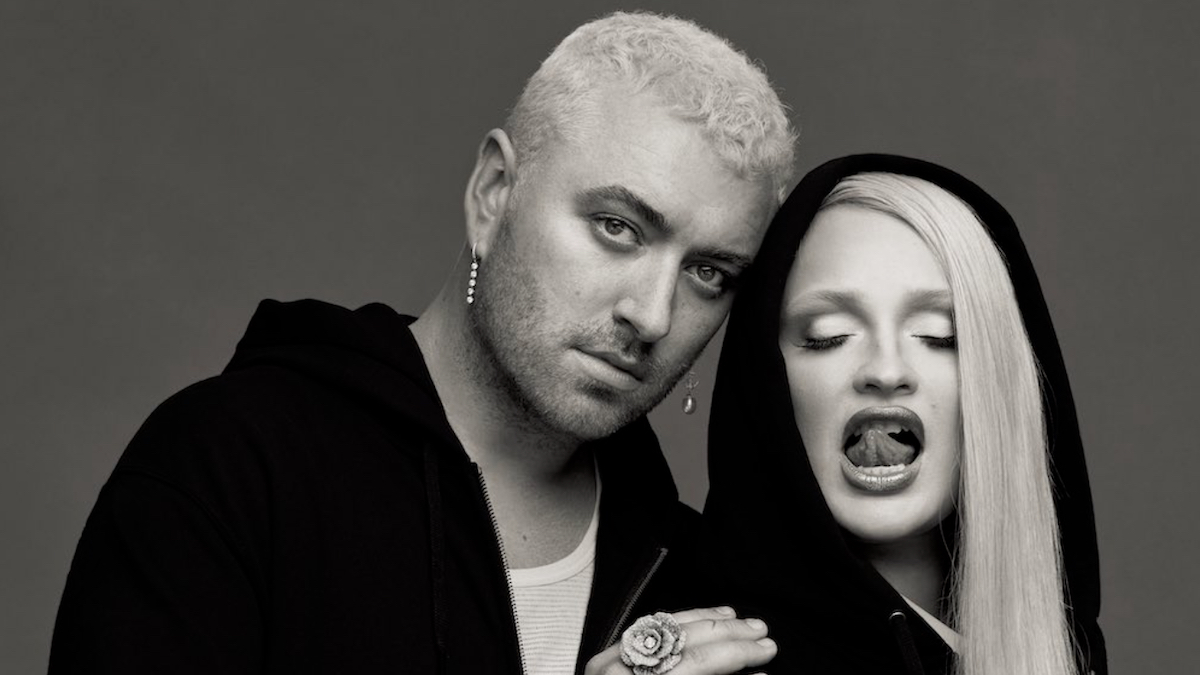 Sam Smith and Kim Petras’ duet “Unholy” has hit No. 100 on the Billboard Hot 100 Chart, and as such, the two have become the first publicly non-binary and transgender artists to achieve the milestone.

The Billboard Hot 100 counts all US streaming (video and audio), radio, and sales airplay. First released in September, “Unholy” kicks Steve Lacy’s “Bad Habit” down to No. 2, while Harry Styles’ “As It Was” sits at No. 3, Lil Baby debuts at No. 4 with “California Breeze,” and Post Malone and Doja Cat’s “I Like You (A Happier Song)” sits at No. 5. “Unholy” marks both Smith and Petras’ first No. 1: Smith’s 2014 track “Stay With Me” previously reached No. 2 on the chart, while the duet is Petras’ first entry on the list.

“I just really don’t want to be the last,” Petras said of being the first transgender artist to chop the charts. “There’s always been incredible and talented trans artists. I’m just happy that Sam gave me the chance to shine here. It feels like people are finally ready for us to succeed, and that fills me with a lot of joy.”

Smith came out as non-binary in 2019 and helped encourage the music industry to be more gender neutral (including pushing the BRIT Awards to remove gendered awards from its ceremony in 2021). Discussing this change with Billboard, the artist said, “I can speak on behalf of all of my queer friends and say that recognition like that, and just people talking and understanding us like that, is just the best feeling in the world. Because there’s nothing bad happening here, it’s all love. No one’s taking anything from anyone; people are just trying to live in their own skin on this earth.”

“Unholy” will appear on Smith’s upcoming album Gloria, which is due out in January. Their last project was 2020’s Love Goes. Petras’ last project was the February EP Slut Pop, while she covered Kate Bush’s omnipresent “Running Up That Hill” over the summer.