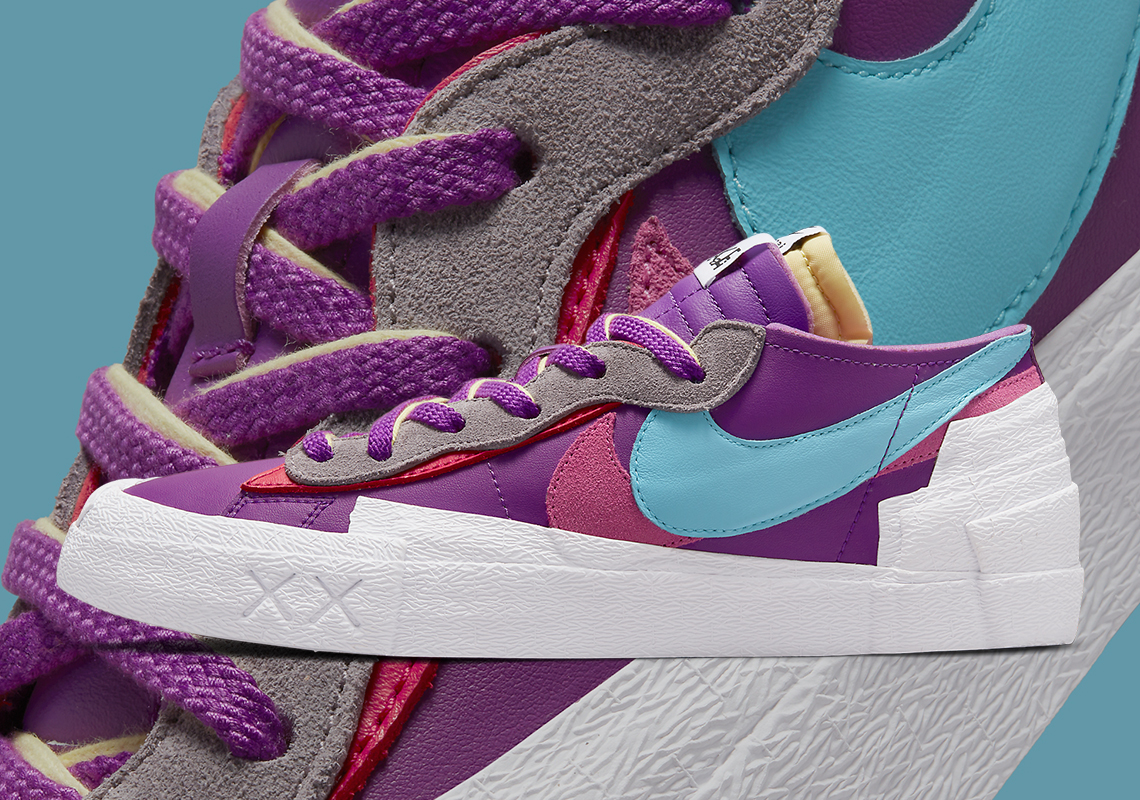 In the past few months alone, there’s been a huge influx of sacai collaborations. The LDWaffle, for example, has reappeared thanks to fragment, CLOT, and UNDERCOVER, all three of which are long-time friends of the brand. And it seems soon KAWS will also be joining Chitose Abe, teaming up for a series of Blazer Lows just as colorful as the apparel they’ve crafted previous.

Seen officially in blue just a couple days ago, the model sports all of sacai’s usual elements. Double checks and tongues stand out all the same, herein dressed in a pink/blue and purple/tan arrangement, respectively. The same dark purple resounds throughout the leather upper elsewhere as well, though its view is largely obstructed by the aforementioned Swooshes, the grey and red eye stay panels, and the overgrown tooling. KAWS, then, further assists with the branding and packaging, adding his signature motifs to the shoebox, midsole, and labels.

For a close-up look, check out the official images below. As the blue colorway is scheduled to release November 27th, it’s entirely possible this pair will follow suit.

In other news, have you seen the sneak peeks of the SNS New Balance 574? 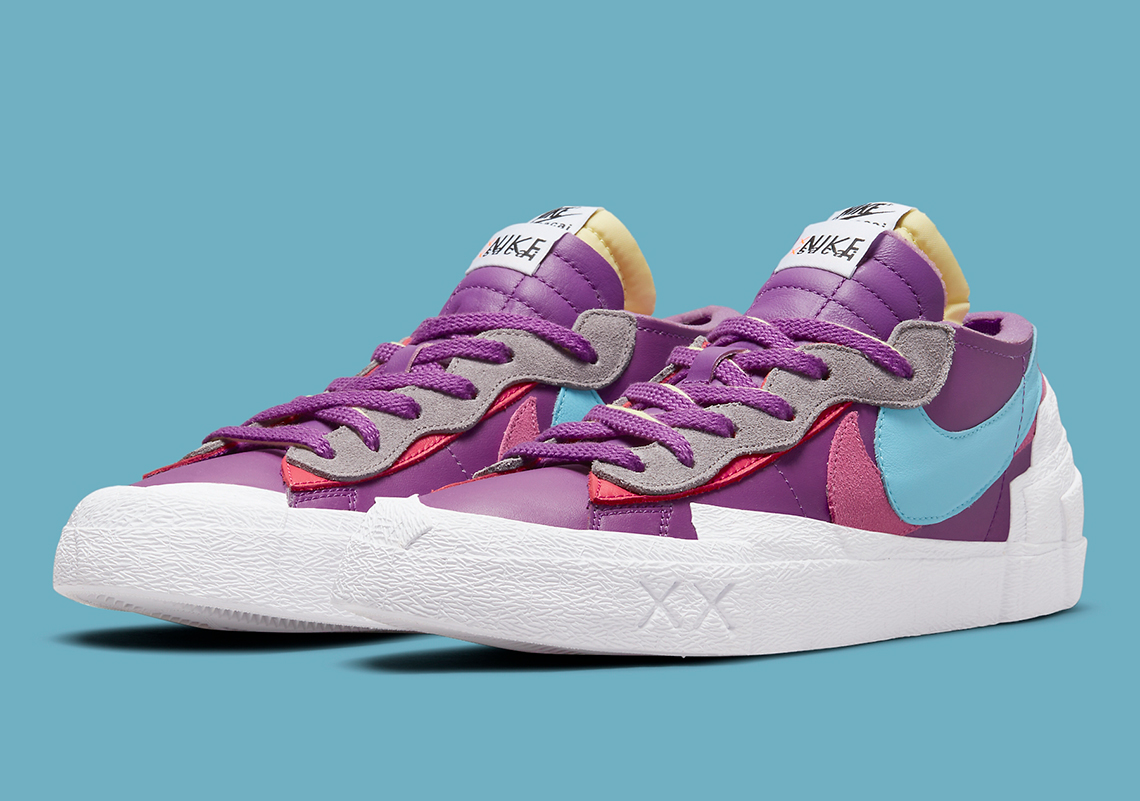 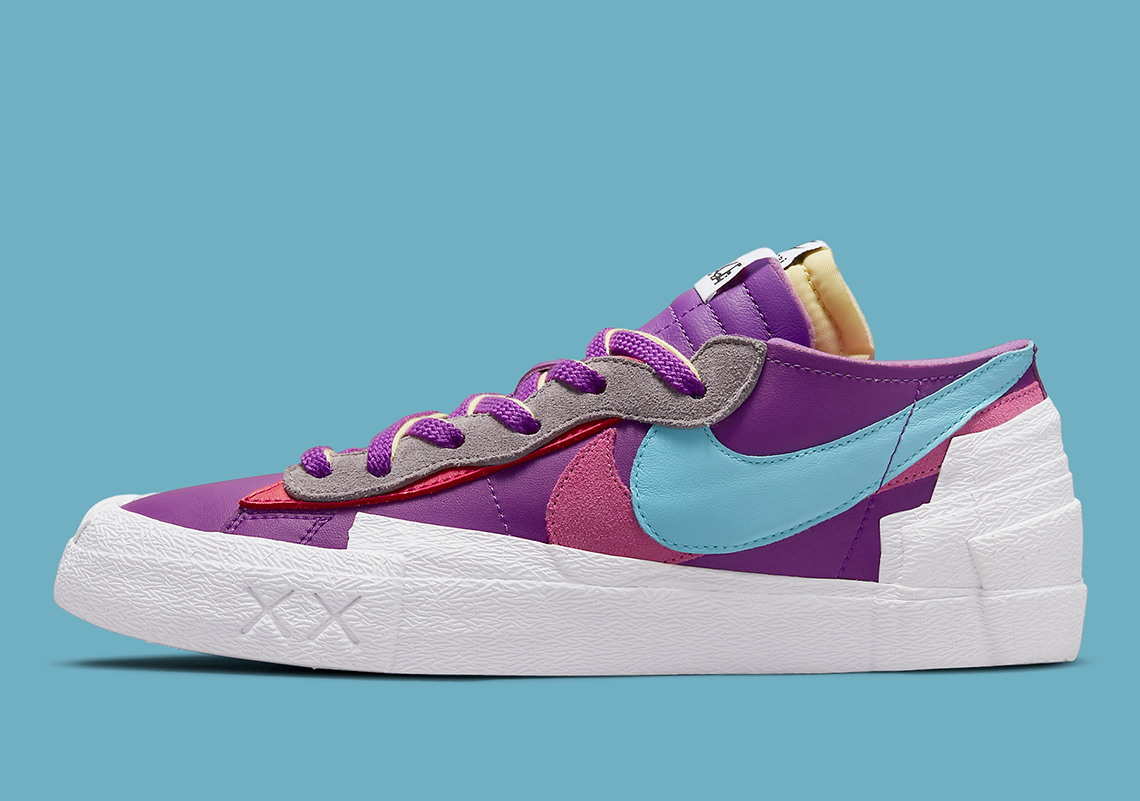 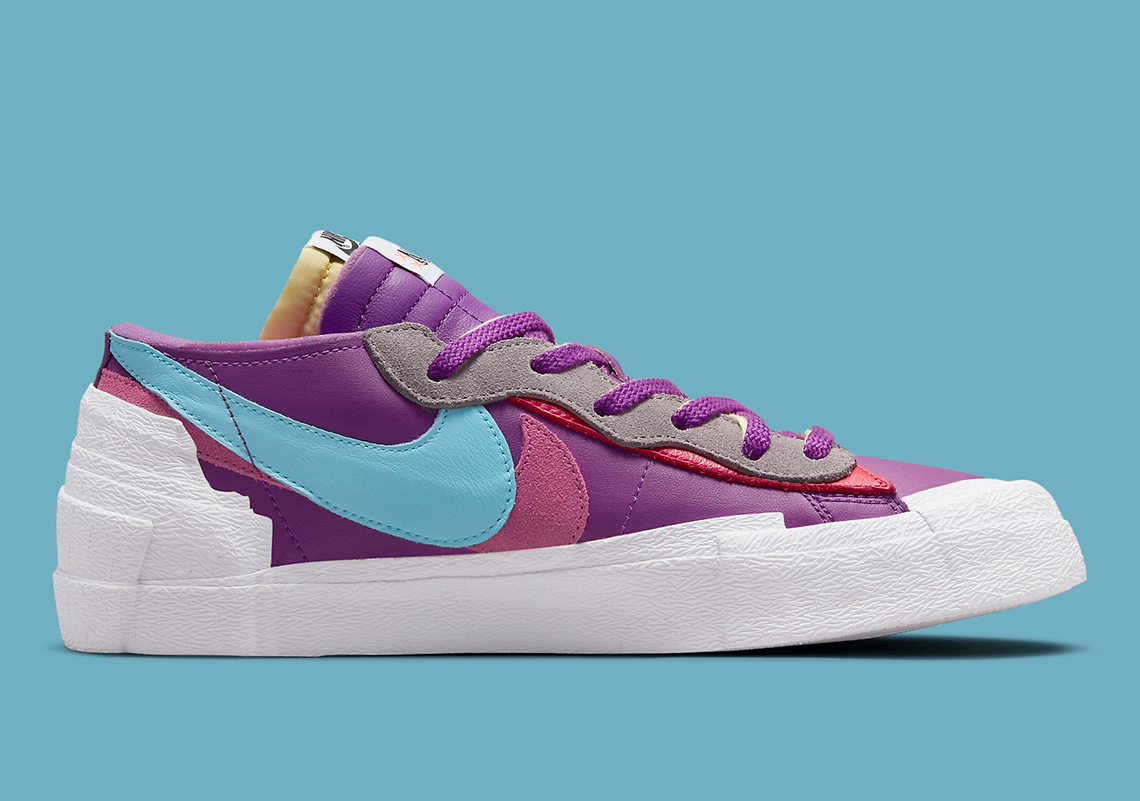 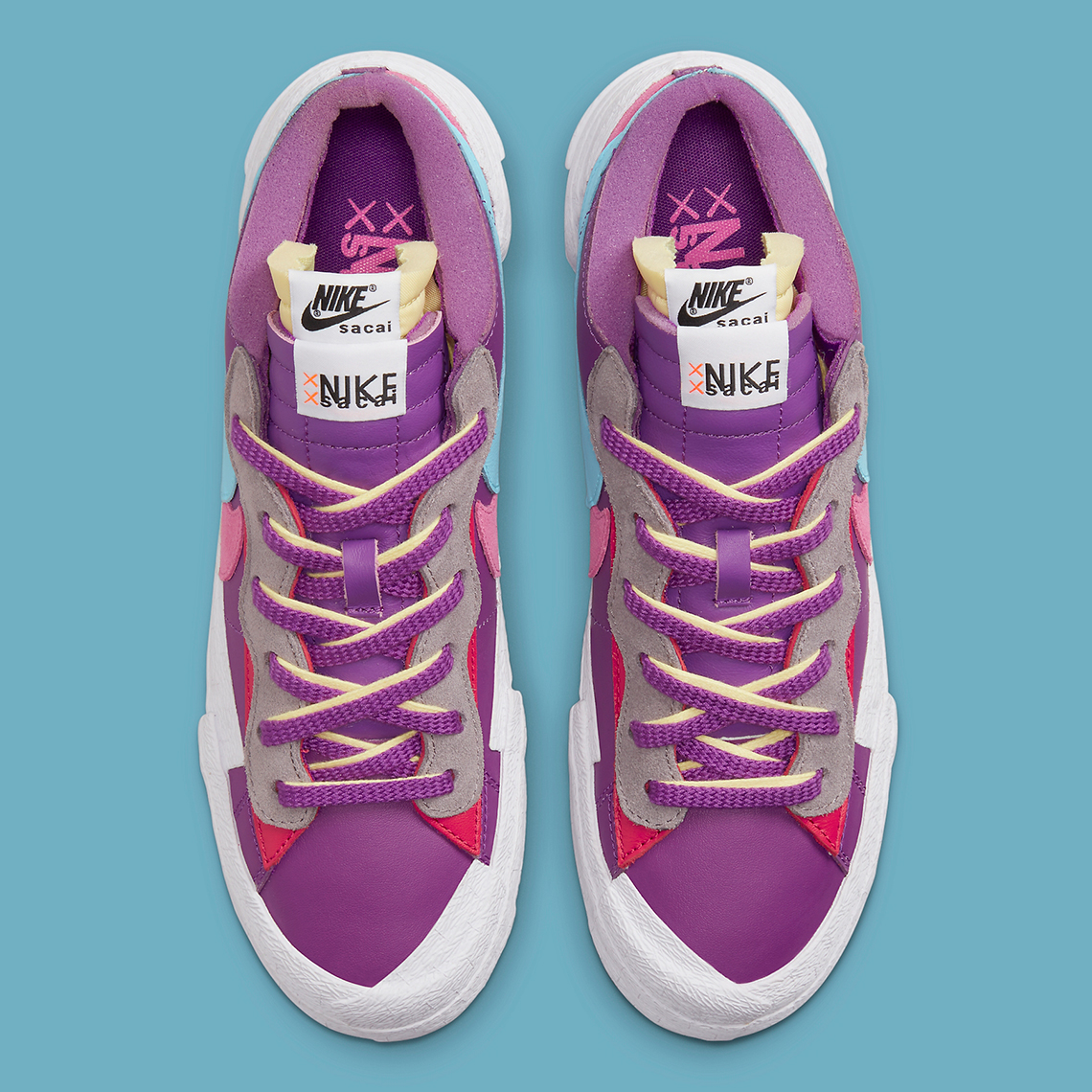 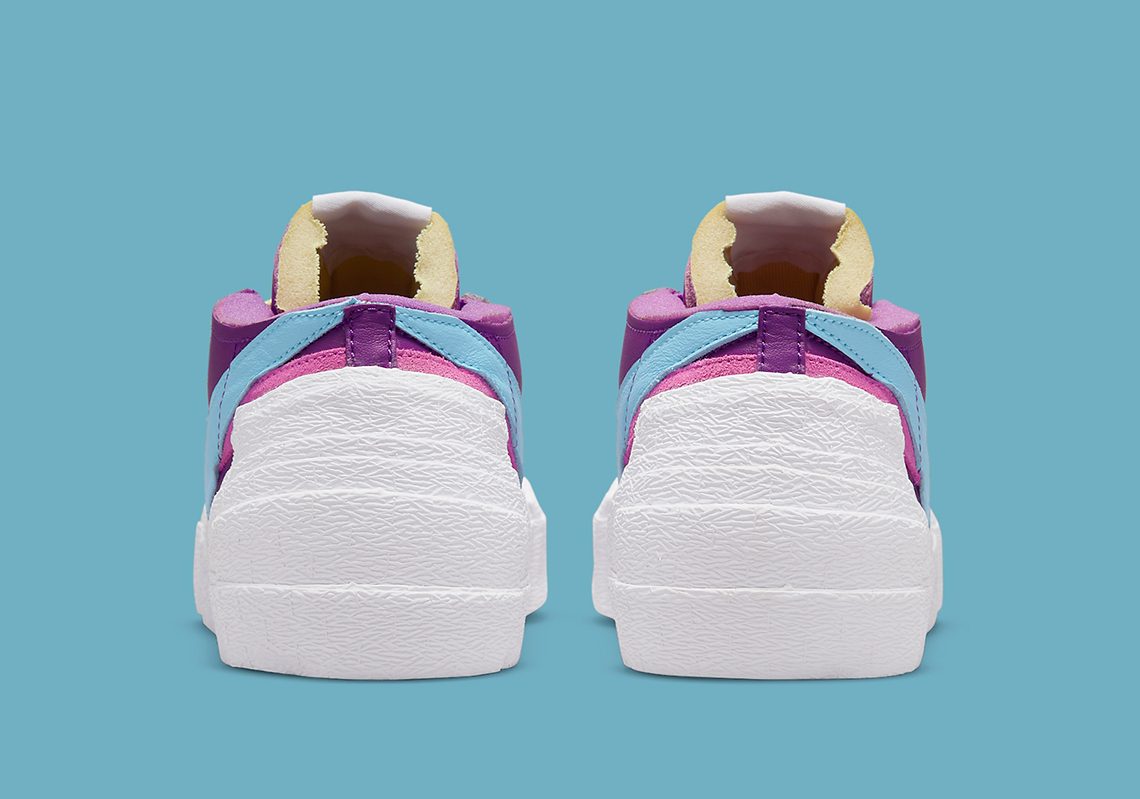 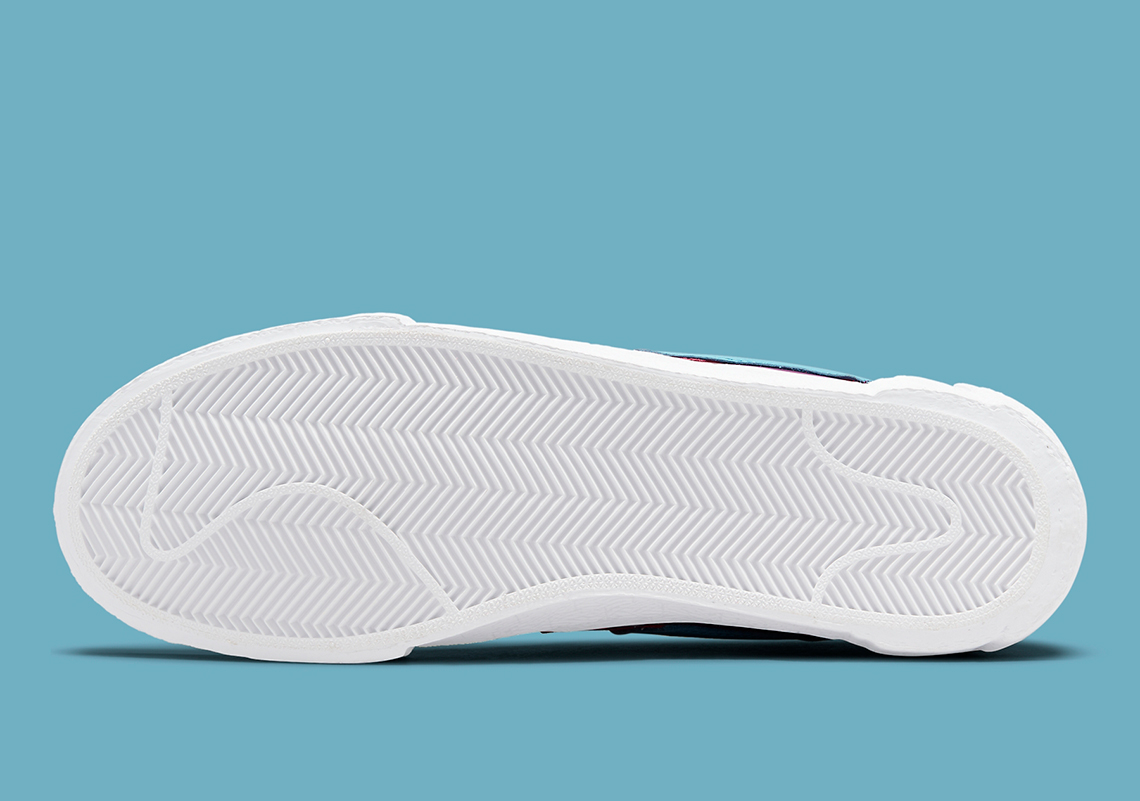 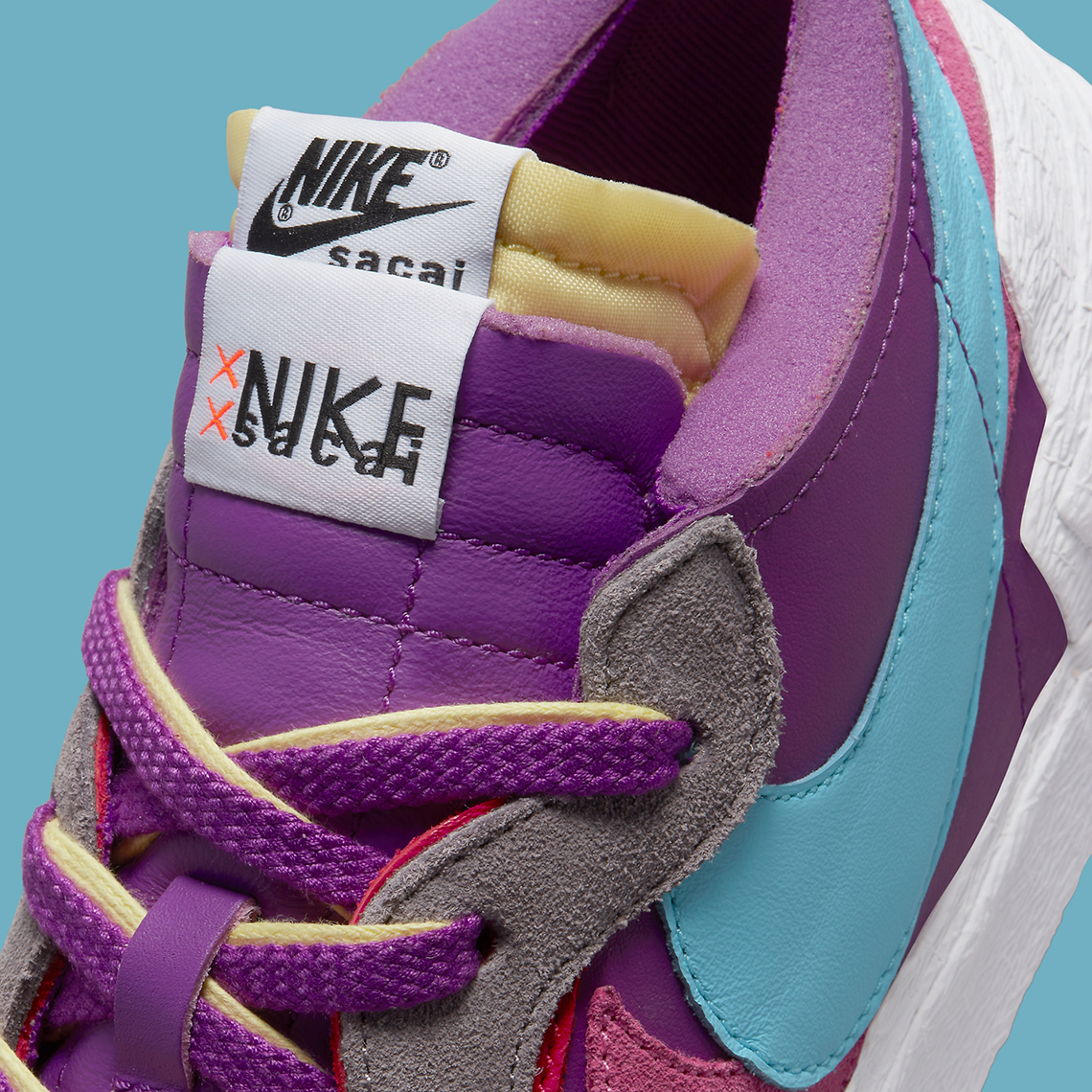 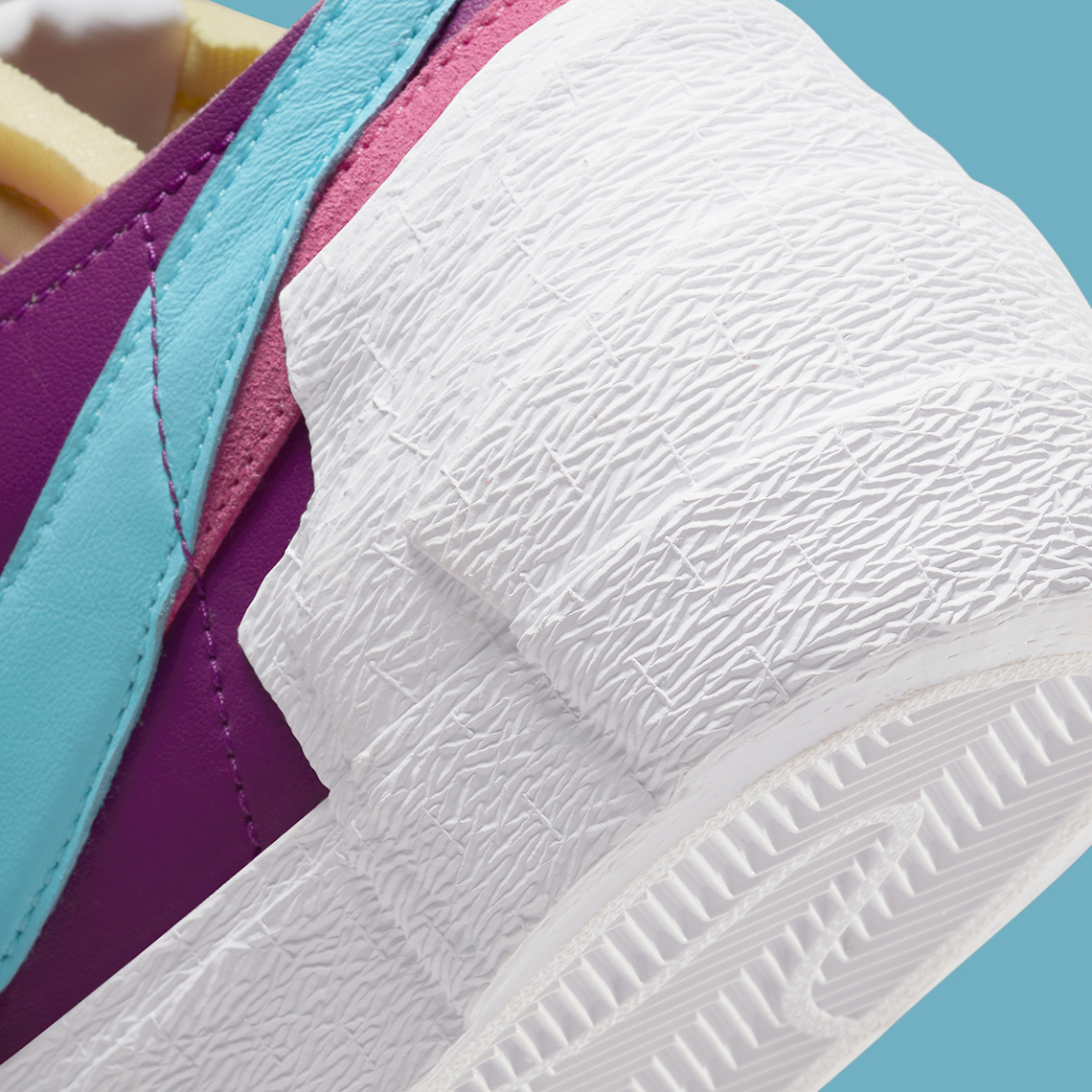 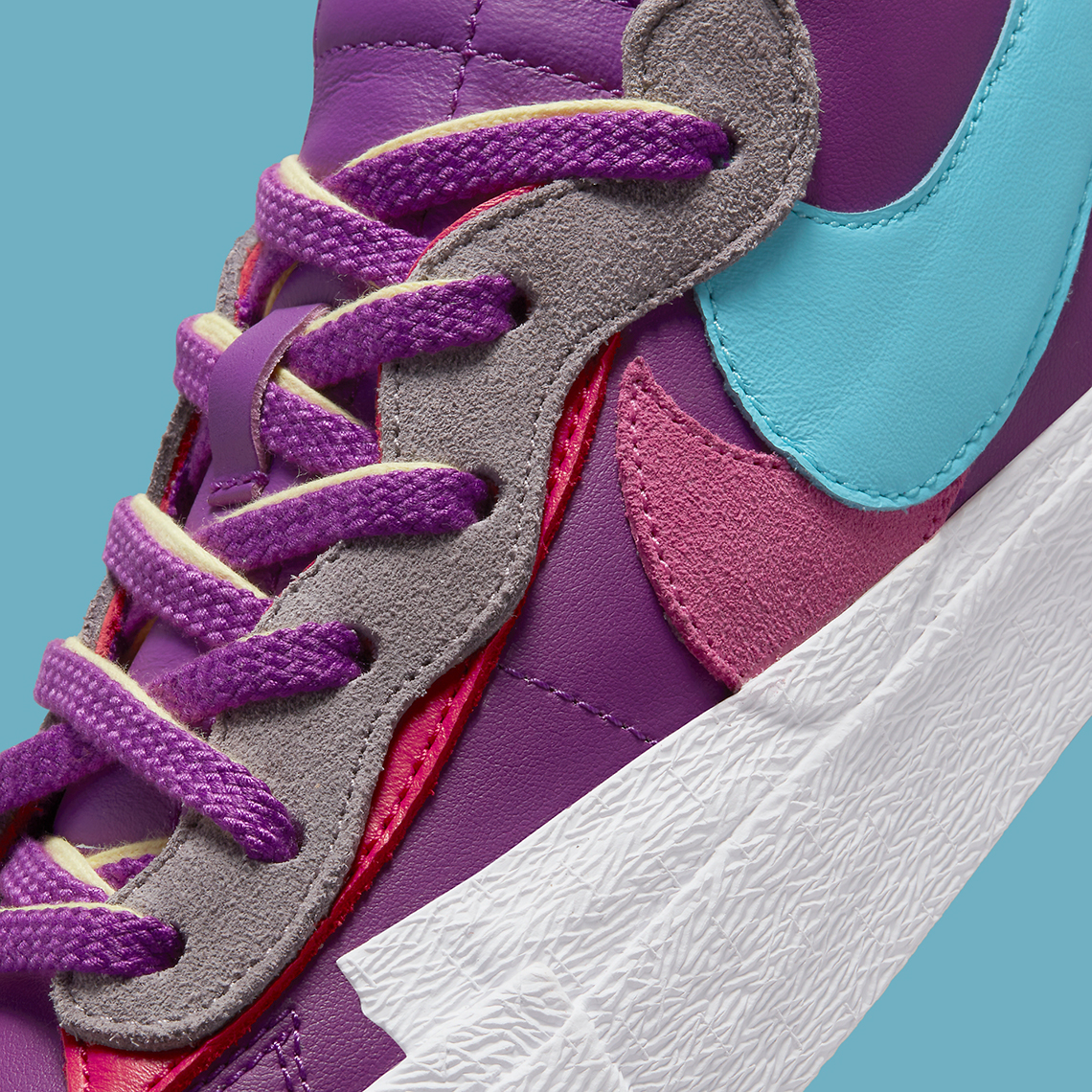 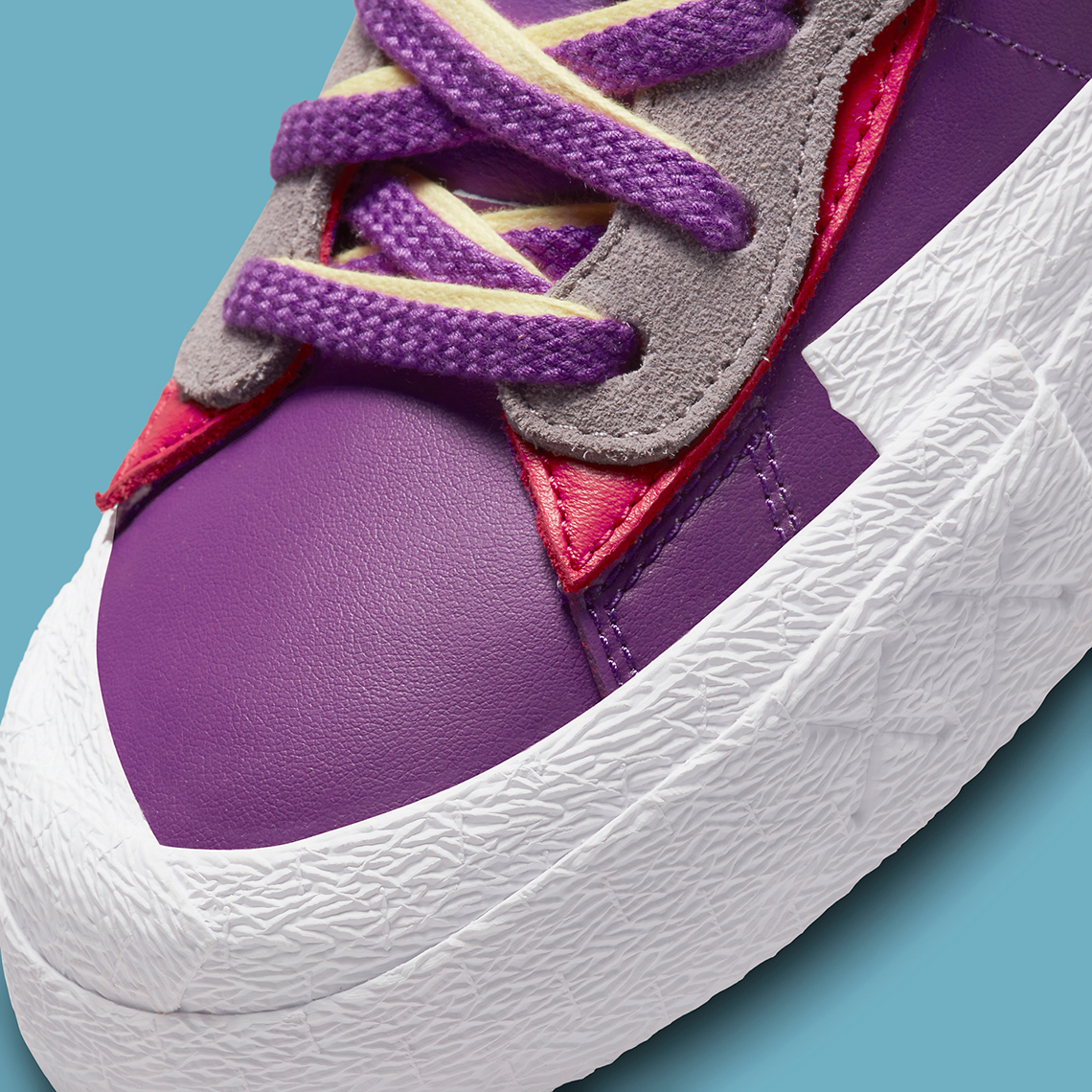 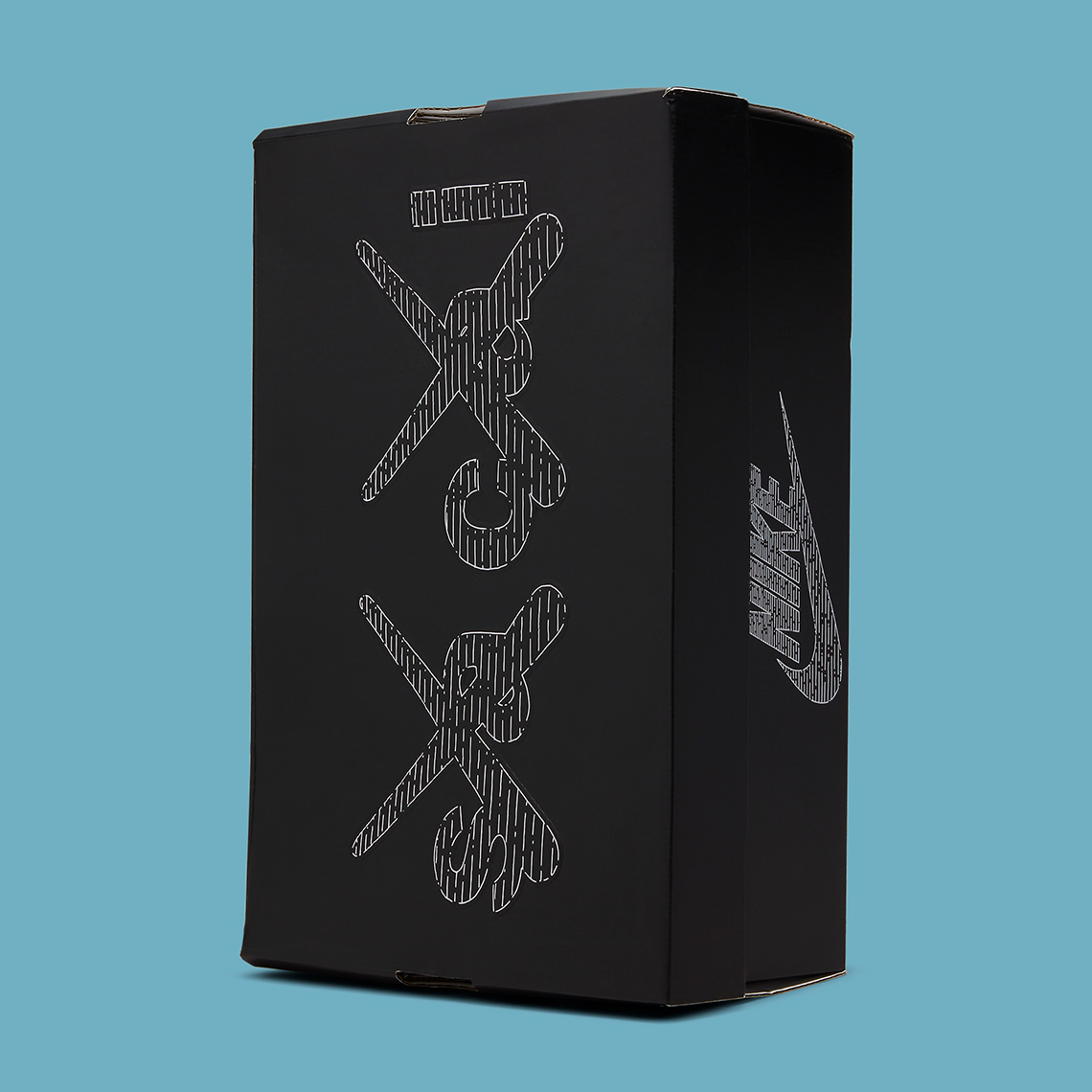 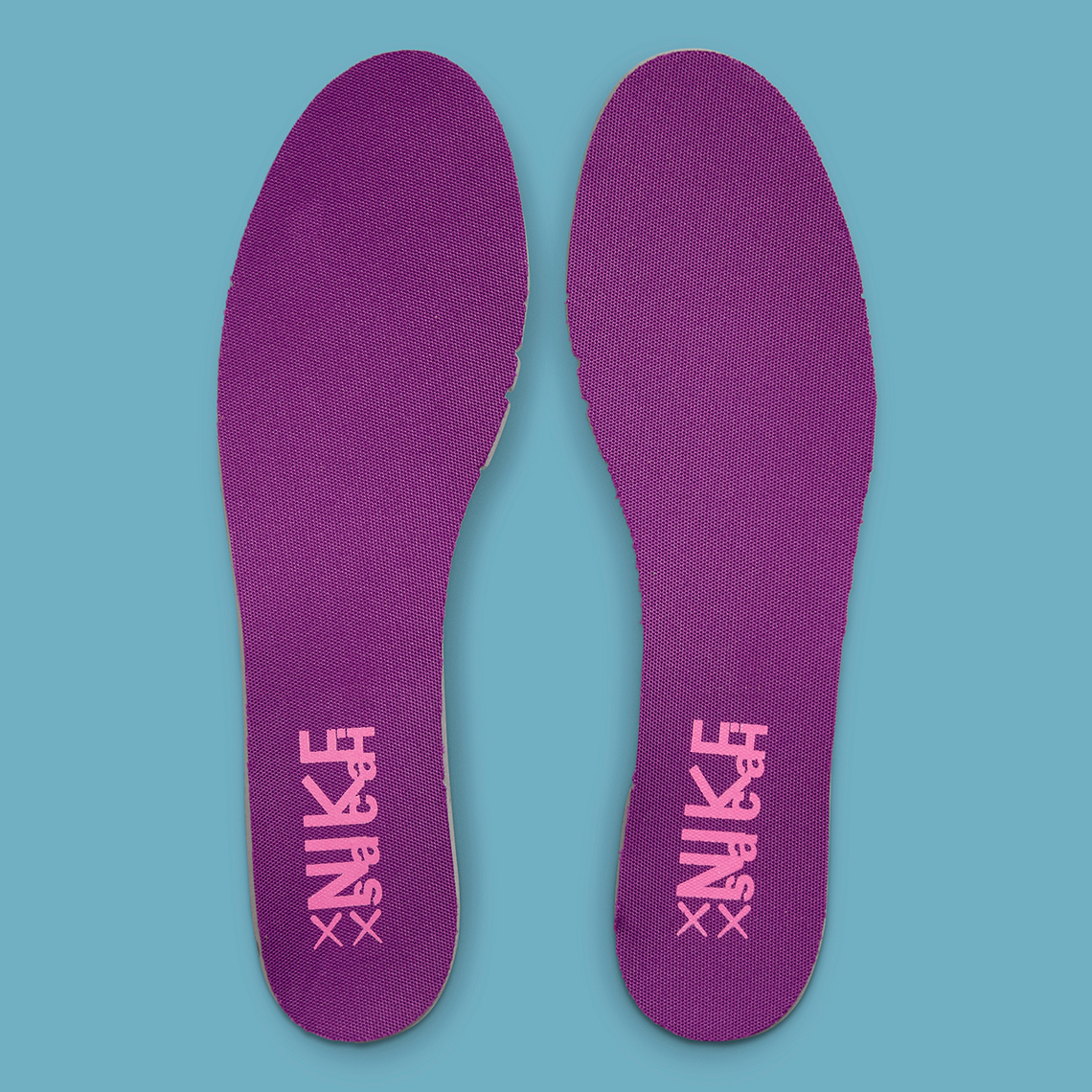