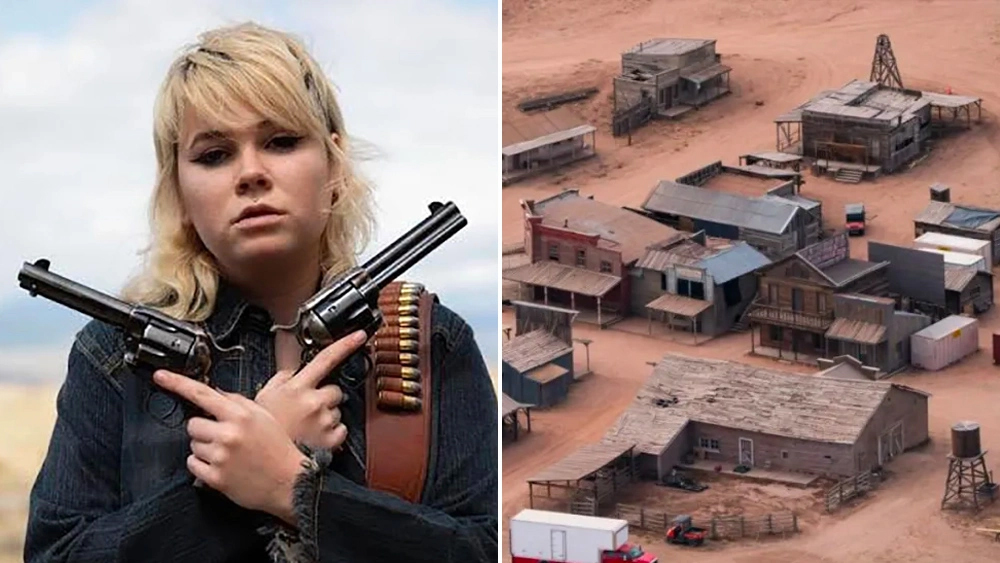 The Rust crew member in the spotlight over how live rounds ended up in a gun that Alec Baldwin fired on set last year, killing cinematographer Halyna Hutchins, pummeled New Mexico police today for their investigation of the tragedy.

In what could be a pre-emptive move as the Santa Fe Sheriff’s Office prepares to submit its long-awaited final report to the local DA, armorer Hannah Gutierrez-Reed on Wednesday accused the cops of mishandling the matter almost from the jump. Sent out via her lawyer Jason Bowles a week after the FBI concluded the forensic study for the New Mexico police, Gutierrez-Reed said today:

The primary question in this case from the beginning has been where did the live rounds that ended upon the Rust set come from? As can be seen from the attached emails, the Sheriff’s office made a conscious decision not to pursue this question at all by refusing to ask the FBI to test any of the rounds for fingerprints or DNA. We now know for certain there were live rounds on set.

It is inconceivable that the Sheriff would not seek answers to this fundamental question and it raises a serious problem with the entire investigation. We have long sought this answer and will not give up in pursuing the truth to find it.

Accompanying digital correspondence from earlier today detailed a sometimes heated back and forth between attorney Bowles and detectives on the parameters of the police probe. “Given the fact the items were from movie sets, which had been handled over and over and over,” a Santa Fe Sheriff’s office detective tells Bowles of why they decided “as a team” not to seeking fingerprints and DNA samples. “It didn’t make sense.” As Wednesday’s statement in this seemingly perpetual public war of words makes evident, Bowles and his client aren’t going along with that.

What is unclear is what steps Gutierrez-Reed and her lawyer aim to take next.

Having long advocated a “sabotage” theory and sued Rust armorer/mentor Seth Kenney and his Albuquerque-based PDQ Arm and Prop. company back in January, the young armorer may have to wait to see what First Judicial District Attorney Mary Carmack-Altwies’s next move is. In the meantime, Bowles and his team are continuing to use the arena of that civil suit to conduct their own investigation and taking depositions, we hear. Additionally, Gutierrez-Reed is named as a defendant in several lawsuits related to the horrors of Hutchins’ death, including a wrongful death action filed by the filmmaker’s family and estate in February against Baldwin and others

The Santa Fe Sheriff’s office did not respond to request for comment from Deadline on today’s statement and claims by Gutierrez-Reed. If and when they do, we will update.

Earlier this week, Baldwin dinged the FBI forensics report which concluded that the gun used in the accident could not have been fired without pulling the trigger. The Aviator actor and multi-Emmy winning actor has long underscored that he never pulled the trigger on the prop gun that killed Hutchins, rather it fired on its own. Speaking to NewsNation host Chris Cuomo on his podcast The Chris Cuomo Project, Baldwin exclaimed, “the only question here is who put a live round in the gun.”

“The man who is the principal safety officer of the set of the film declared the gun was safe when he handed it to me,” Baldwin said. “The man who was the principal safety officer of the film declared in front of the entire assemblage, ‘This is a cold gun.’ Now, why did he say that if he didn’t know and hadn’t checked? The point is we were told everything was cool and you can relax and we are working with a gun that is safe to rehearse with.”

“What is likely is that someone who was responsible for one situation or one line of responsibility and the other person — a tandem of the two people — one of them or both were negligent,” Baldwin said.

Baldwin’s attorney said in April that the OSHA investigation “exonerates” The Cooler Oscar nominee. It concluded that Rust Movie Productions LLC’s management “knew that firearm safety procedures were not being followed on set and demonstrated plain indifference to employee safety by failing to review work practices and take corrective action” when the tragedy happened.