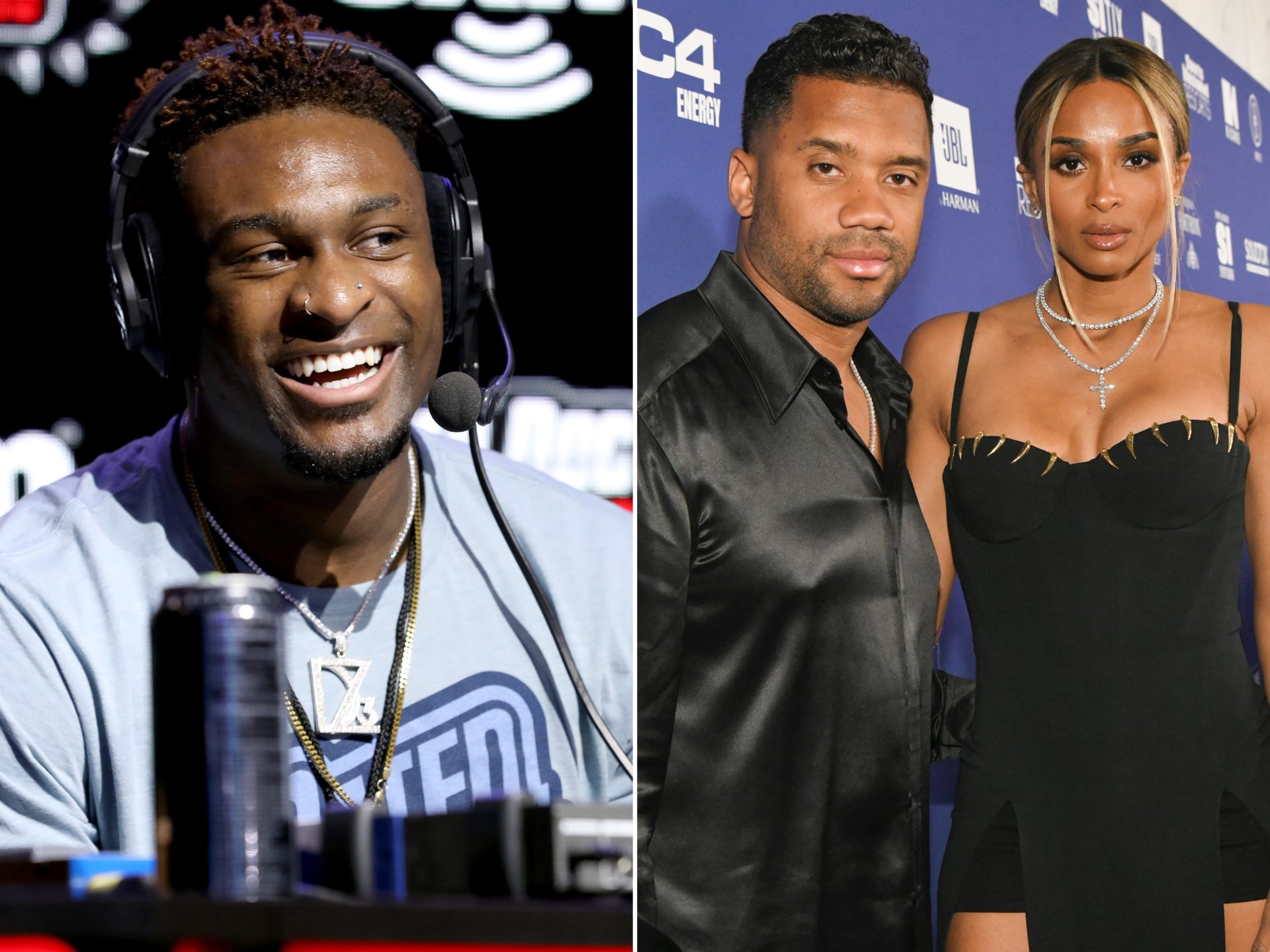 He continued to say, “Ciara has a good situation, but you don’t leave Future and get with Russell Wilson.” Channing said he loves Russell on the football field, however, he thinks that he is a “square.”

Oop! People are talking about this clip from @thepivot podcast. Hosts Channing Crowder, Fred Taylor, and Ryan Clark recently discussed their thoughts on Ciara, Russell Wilson and Future. Roommates do you agree? 👀 pic.twitter.com/an0xpyWvY3

During a recent interview with Shannon Sharpe, Seattle Seahawks wide receiver and Russell’s former teammate, DK Metcalf spoke out in defense of Russell.

“That’s just him, people call it square, like okay. If it’s lame being a square, I’ll be lame too. It’s lame that you treat your wife good, and ya’ll seem happy and ya’ll genuinely happy for each other, cool I want to be that way too,” said DK.

“He’s too good and too perfect, that people can’t see their life like that, so now they want to hate on him. Like that’s just Russ, I can’t say what he does, how he does it, but that’s just him. From the first day, I met him, till today, if I talk to him later on he’s gonna be the same way. He’s been the same way.”

As previously reported, back in March, Russell was traded from the Seattle Seahawks to the Denver Broncos.