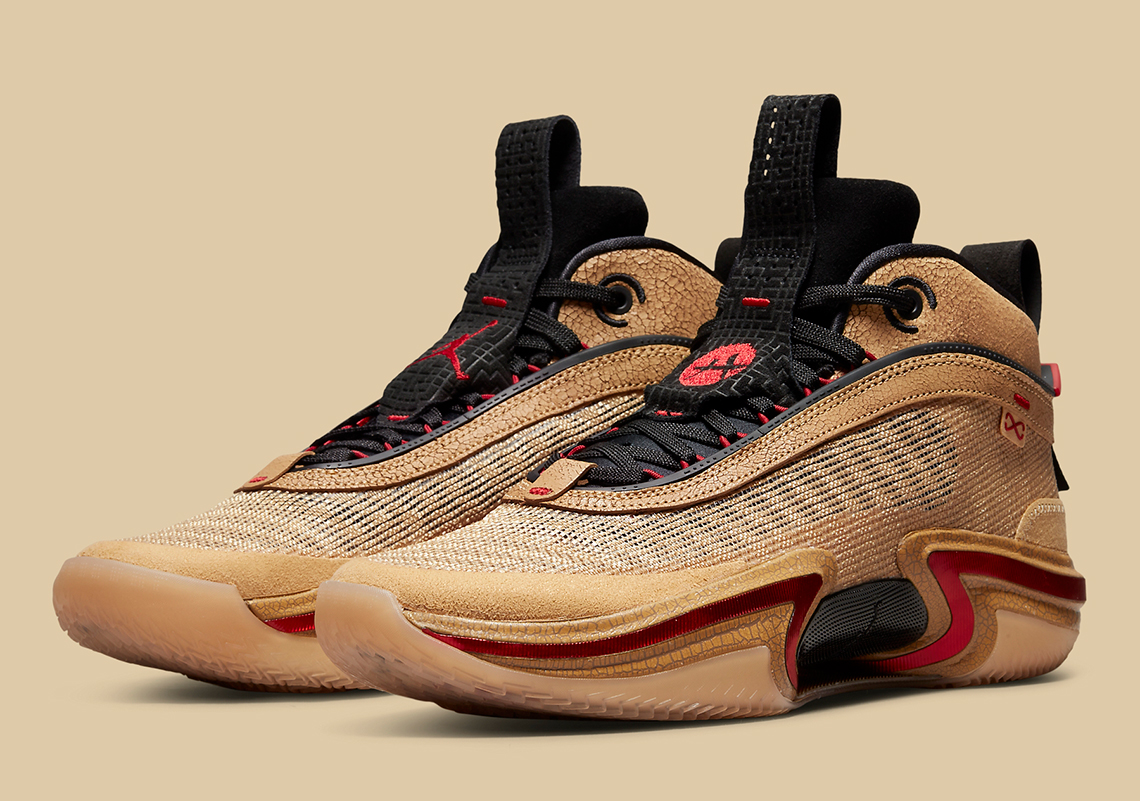 Rui Hachimura’s Japanese roots run deep in everything he’s designed with Jordan Brand, who — alongside an Air Jordan 8 — are offering the athlete yet another Air Jordan 36. But unlike the previously-revealed PE, this pair is seeing a wider, global release, evidenced by the appearance of official images.

“Twine,” “Gym Red,” and “Sesame” are all present as they are on the accompanying AJ8, perfectly aligning this AJ36’s themes and inspirations with its (arguably) more classic counterpart. Cracked leathers, too, dress the upper along the eye stays and collar, while the midsole emulates said finish in grey-colored print. Red stripes, then, break up the latter fixture, running through it in entirety; matching accents sit adjacent, mainly highlighting both the Jumpman’s and Hachimura’s signature branding.

What’s more, the shoe features a series of unique, at-times Japanese-inspired graphics, which are found across the outsole, sockliner, and the specially-designed box. Among them, mountains are drawn against a cloudy backdrop, with cherry blossoms and basketballs floating similarly above the clouds; Japanese characters are written across the inside tongue; and artwork depicts Rui Hachimura himself facing off against shadowy figures.

For a closer look at the, Rui Hachimura x Air Jordan 36, check out the official images below. Currently, no release date has been announced, but these are likely to join the Air Jordan 8 within the next few months.

In other news, detailed images of the 2022 Yeezy Boost 350 Turtle Dove have recently surfaced. 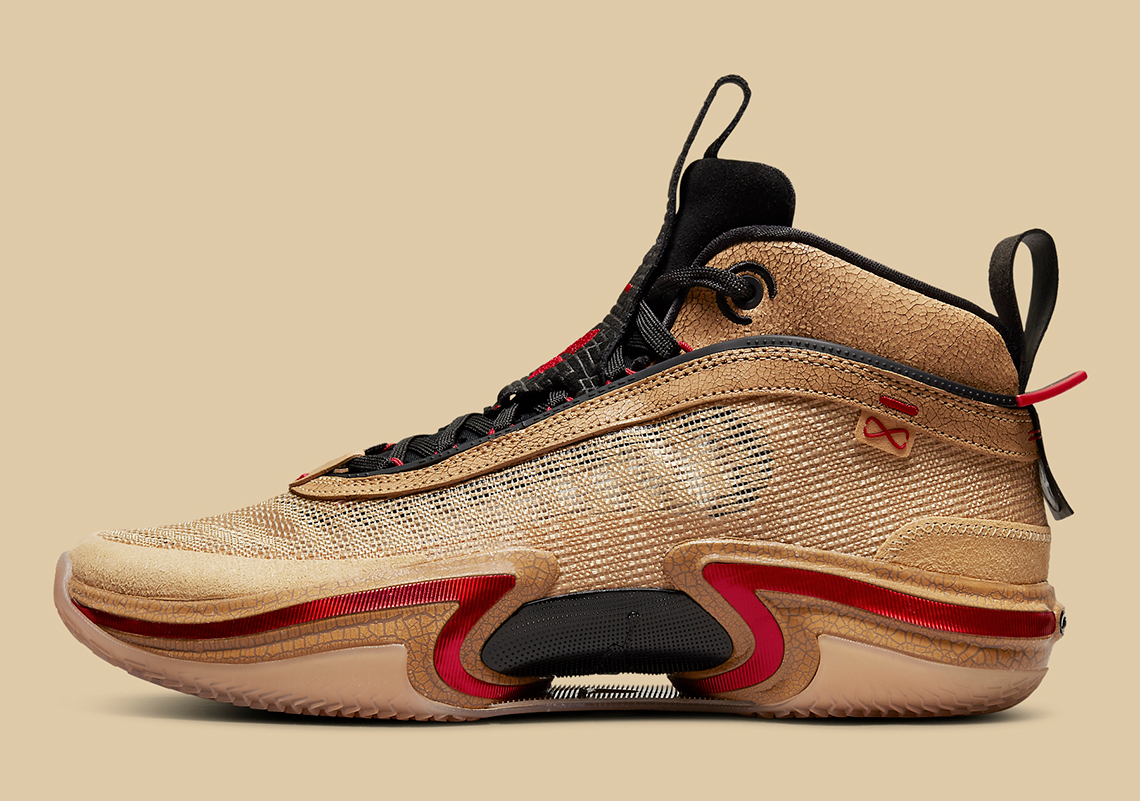 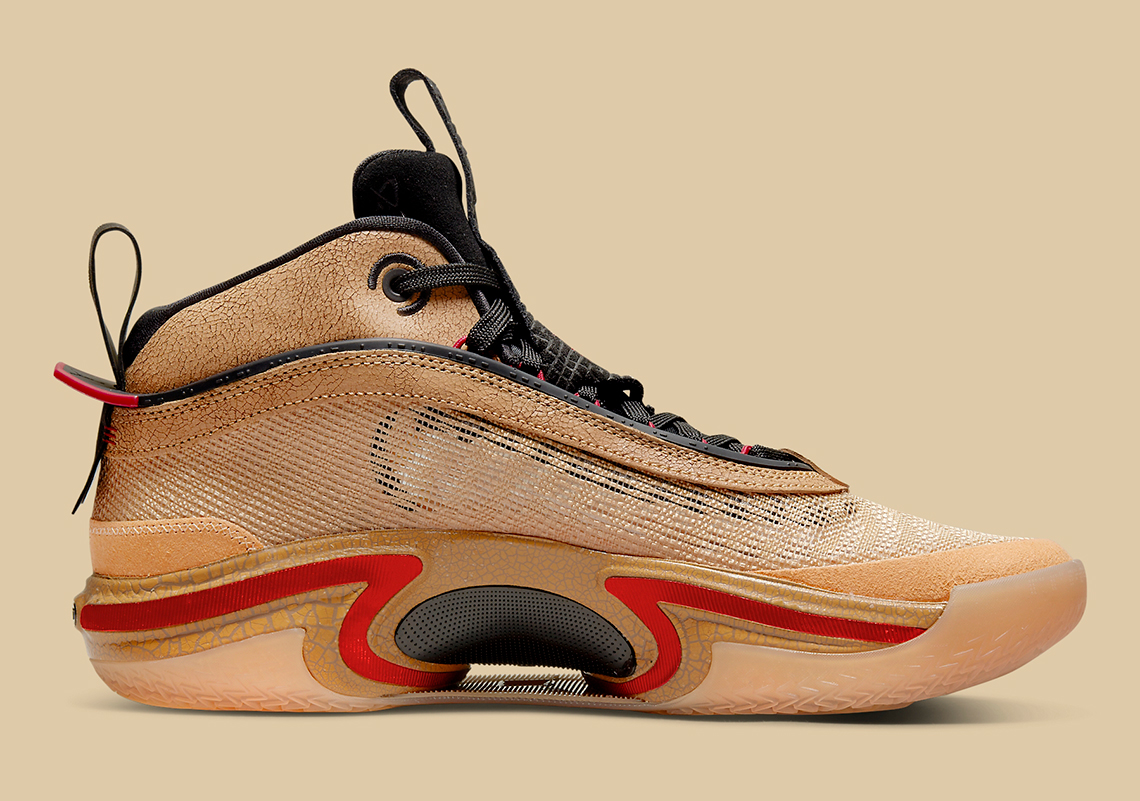 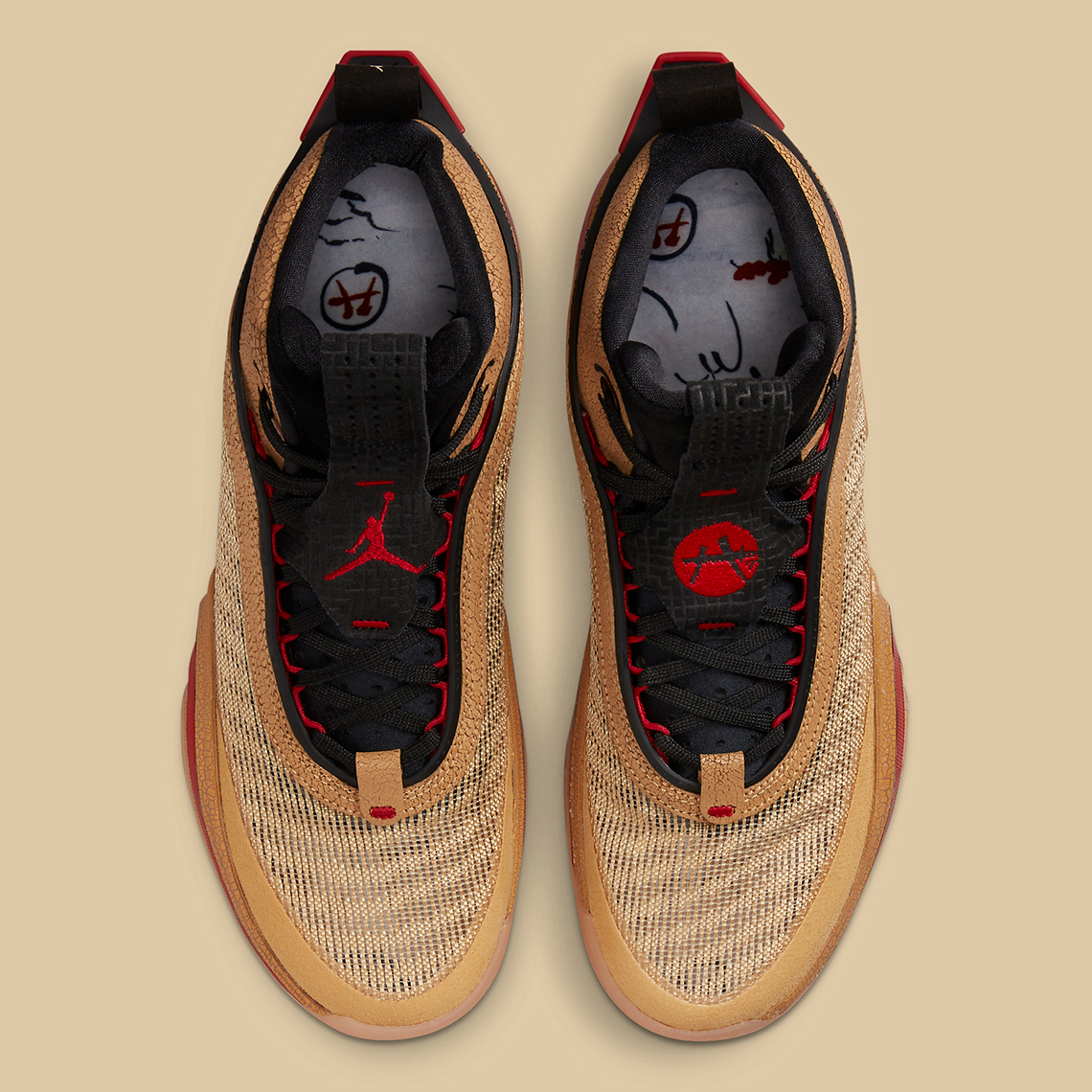 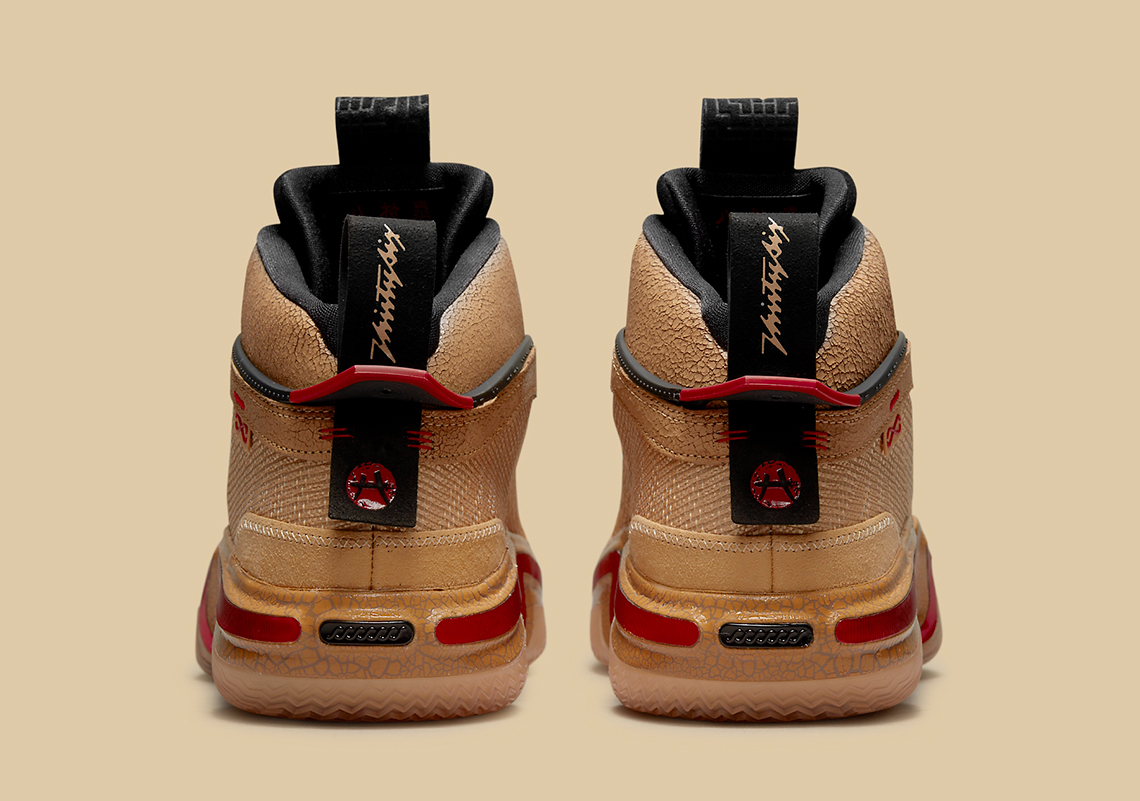 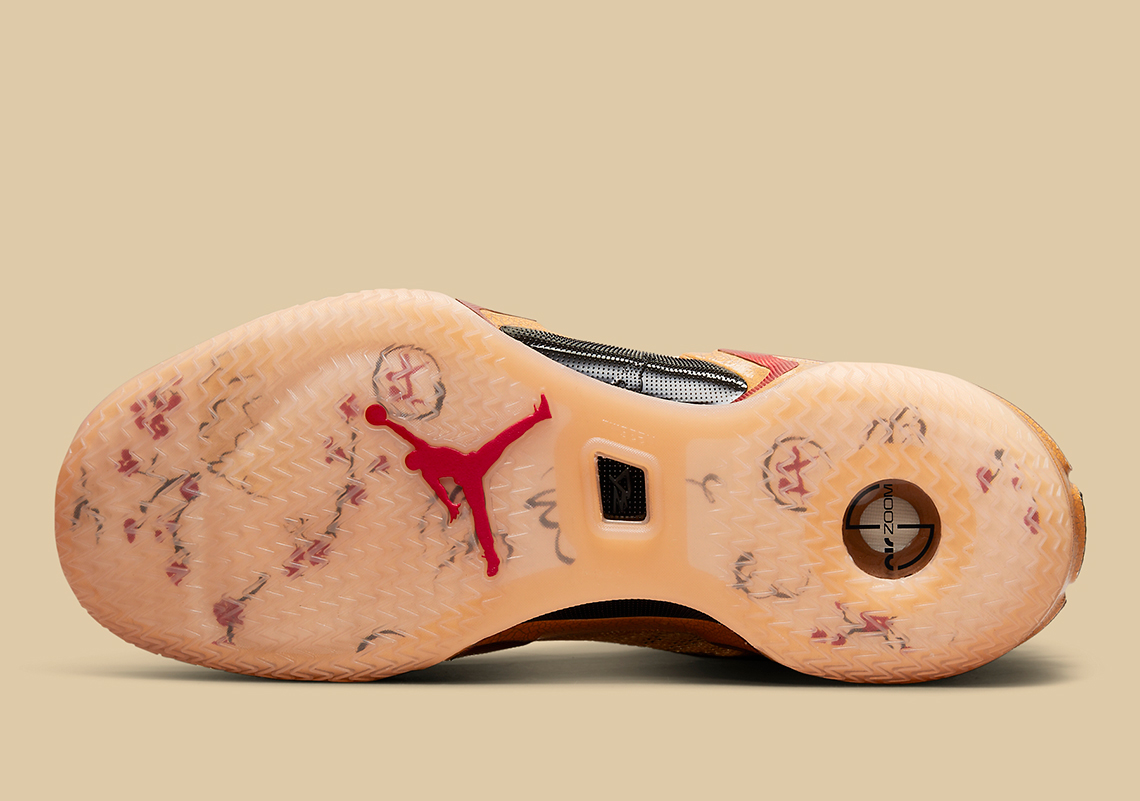 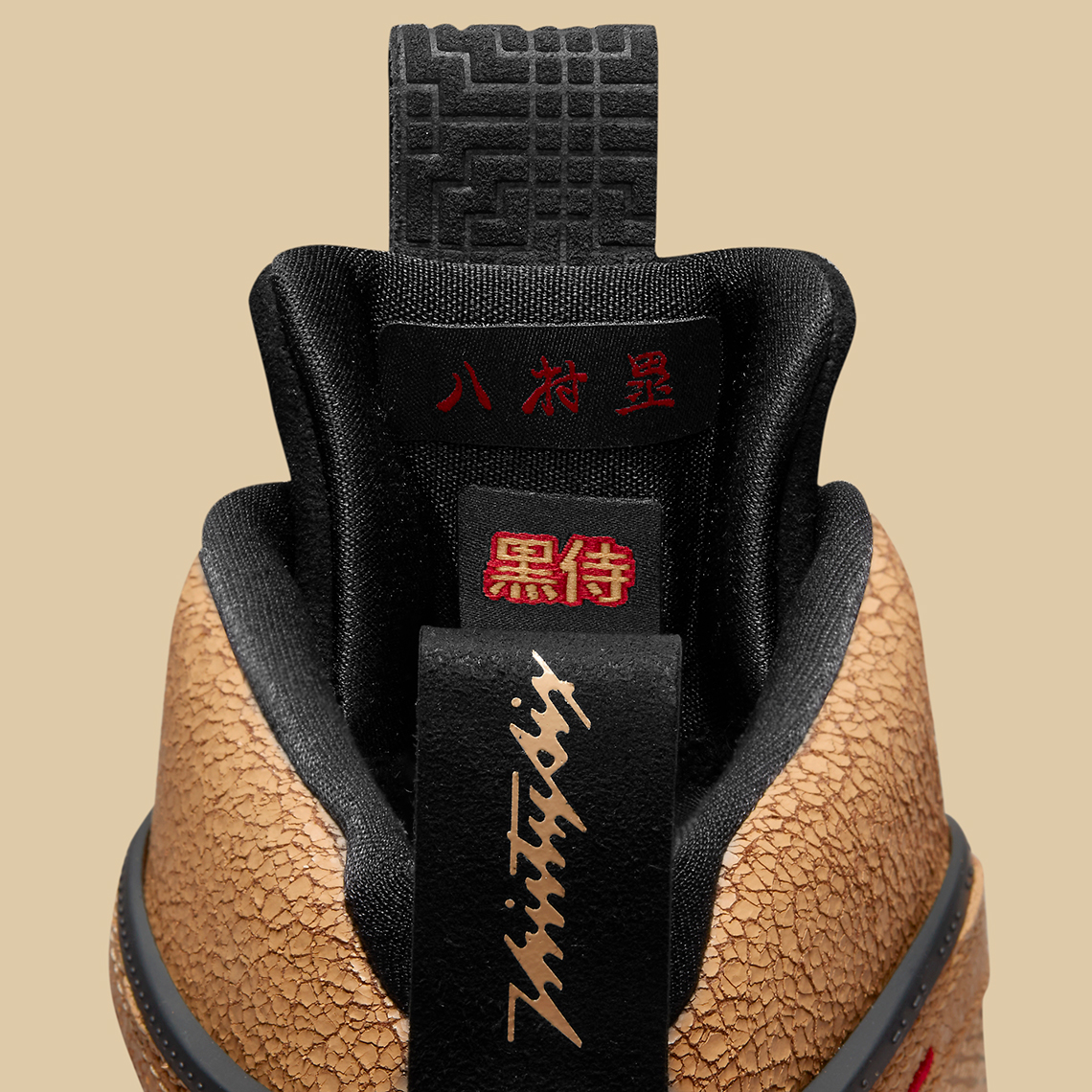 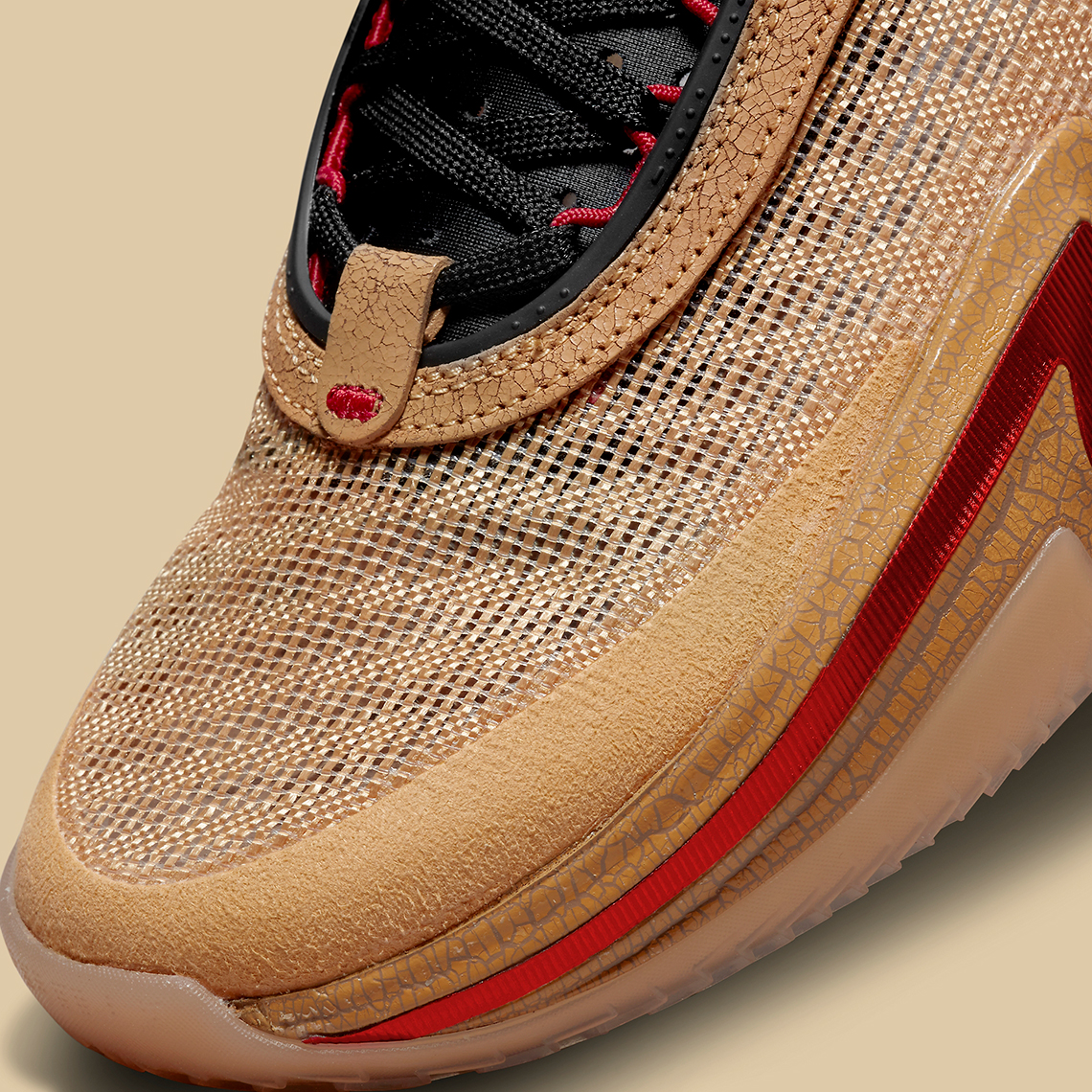 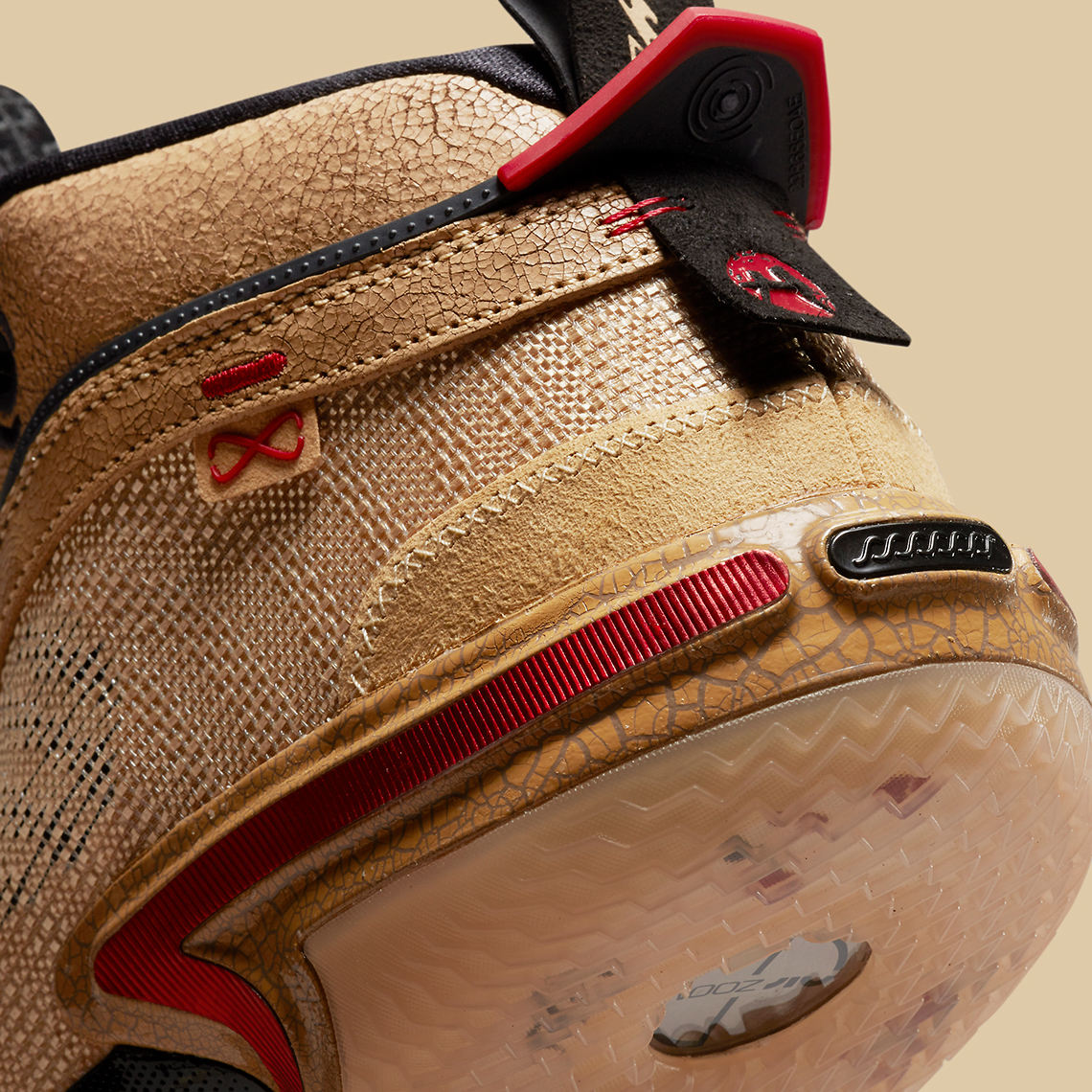 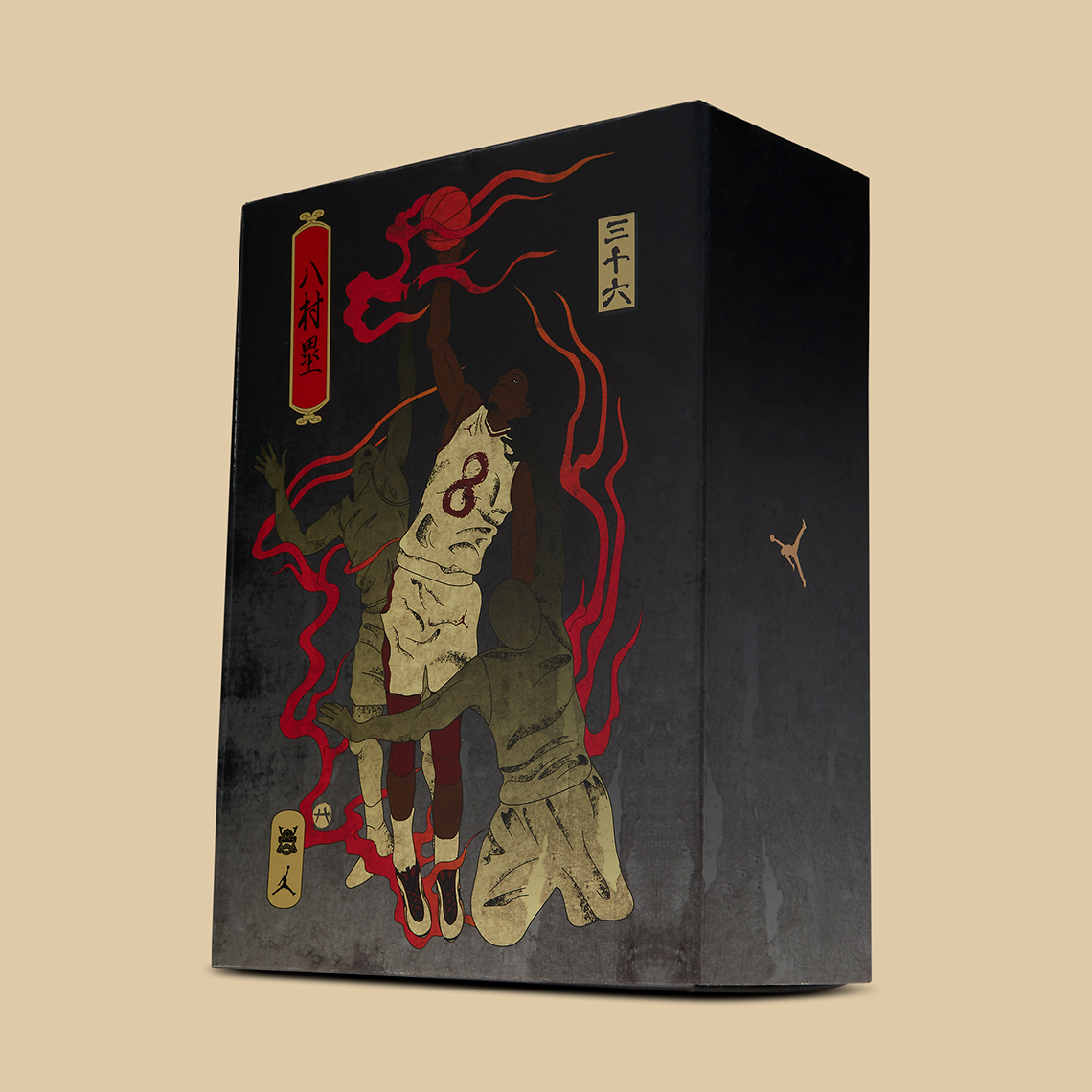 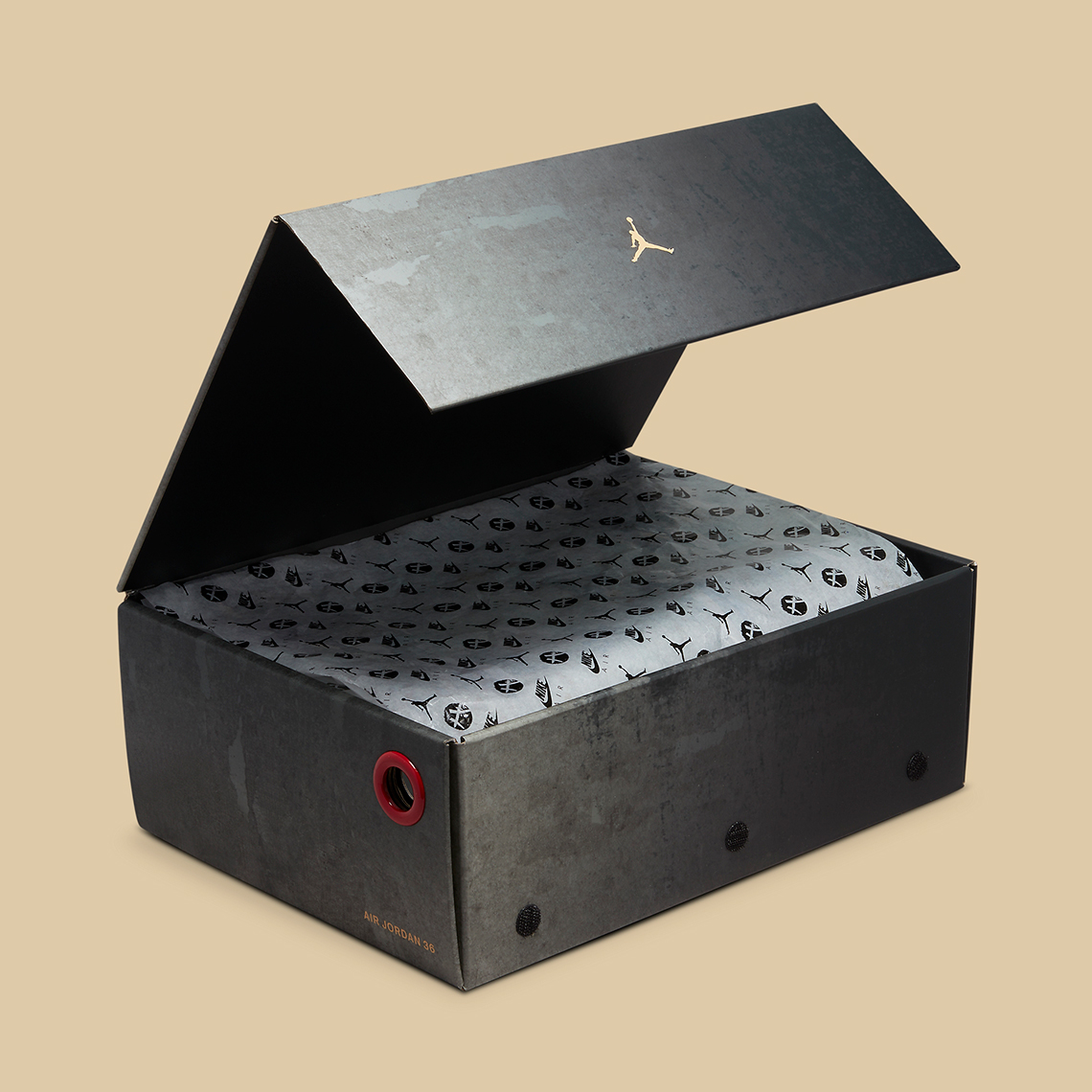 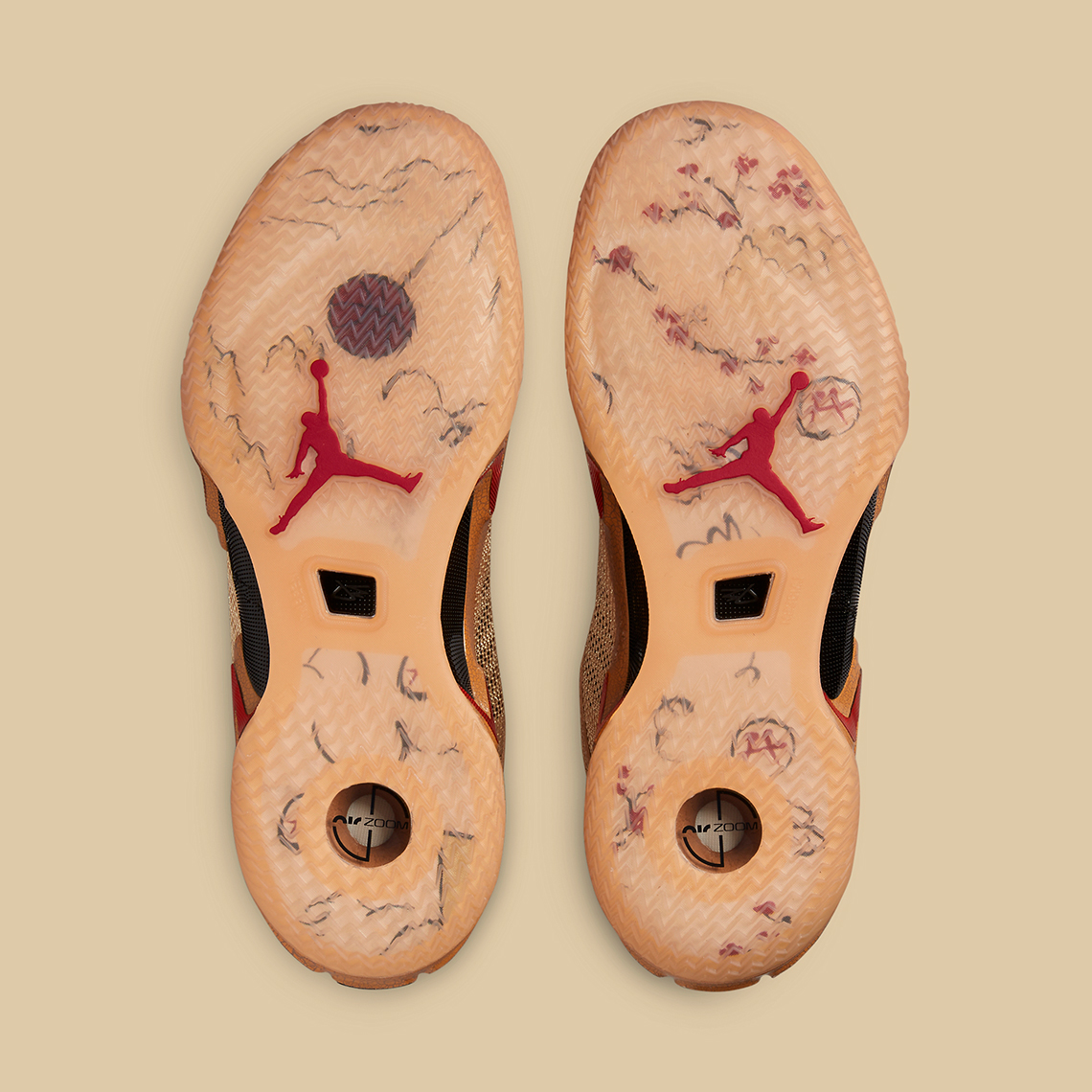 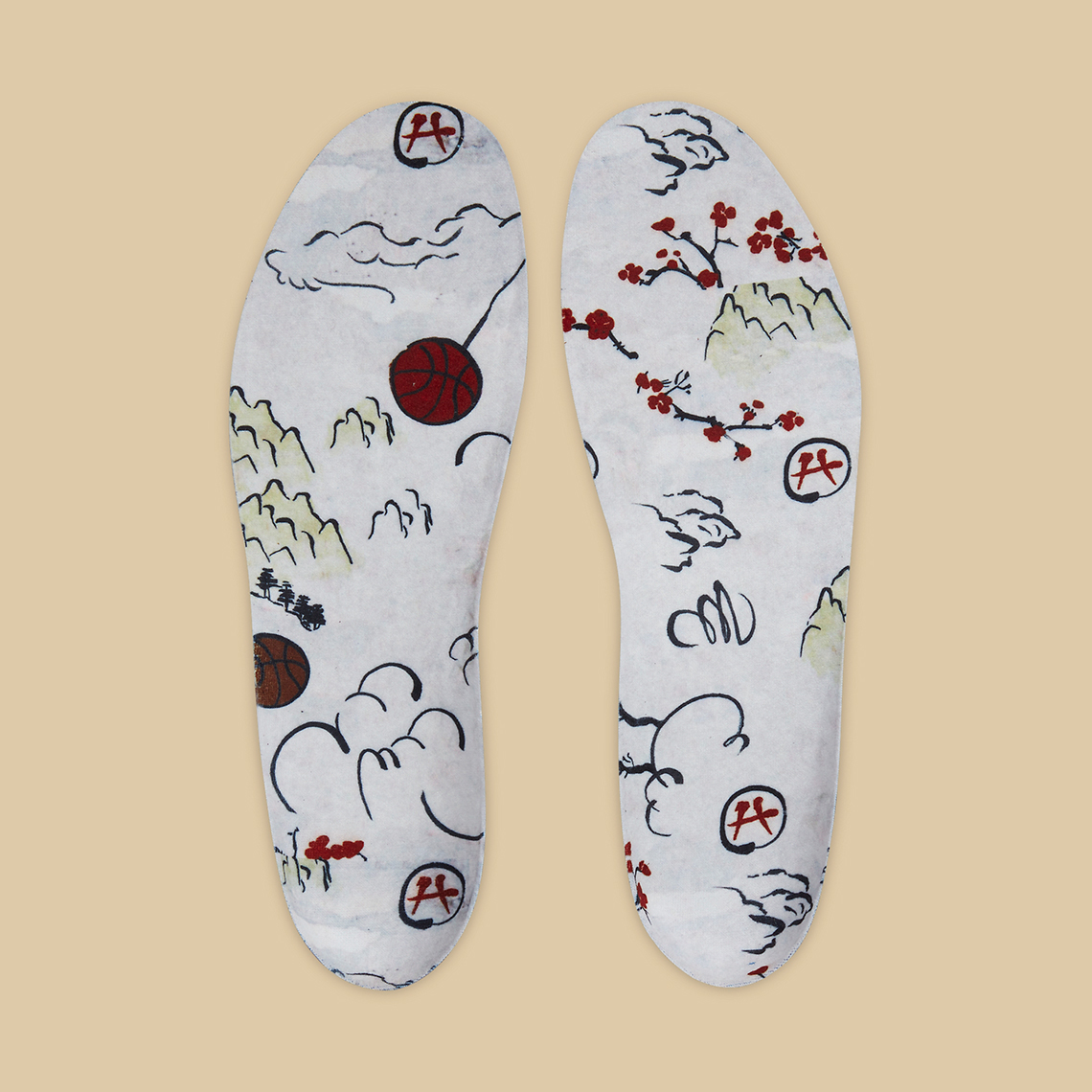