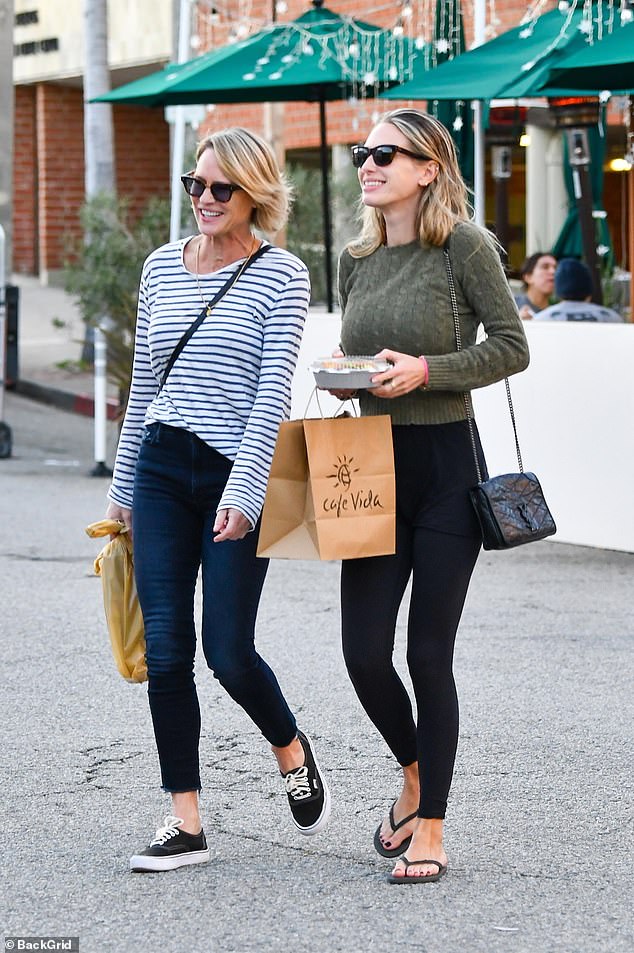 Robin Wright couldn’t have looked any happier catching up with her daughter Dylan Penn on Sunday.

The women pampered themselves at the nail salon and enjoyed a bite to eat at Cafe Vida in the Pacific Palisades.

Robin, 56, who has been spotted spending time with her ex-husband Sean Penn lately, and her daughter, 31, beamed with happiness as they enjoyed a leisurely stroll through the affluent community with their goodies in hand.

Girl time! Robin Wright enjoyed some quality time with her daughter Dylan Penn in the Pacific Palisades on Sunday

Wearing a loose-fitting striped shirt and cropped blue jeans, the House Of Cards star was the epitome of California cool.

Dylan was sporting a similar stylish look for the laid-back venture.

The Flag Day actress displayed her long legs in black leggings whilst staying warm in a fitted knitted cardigan. 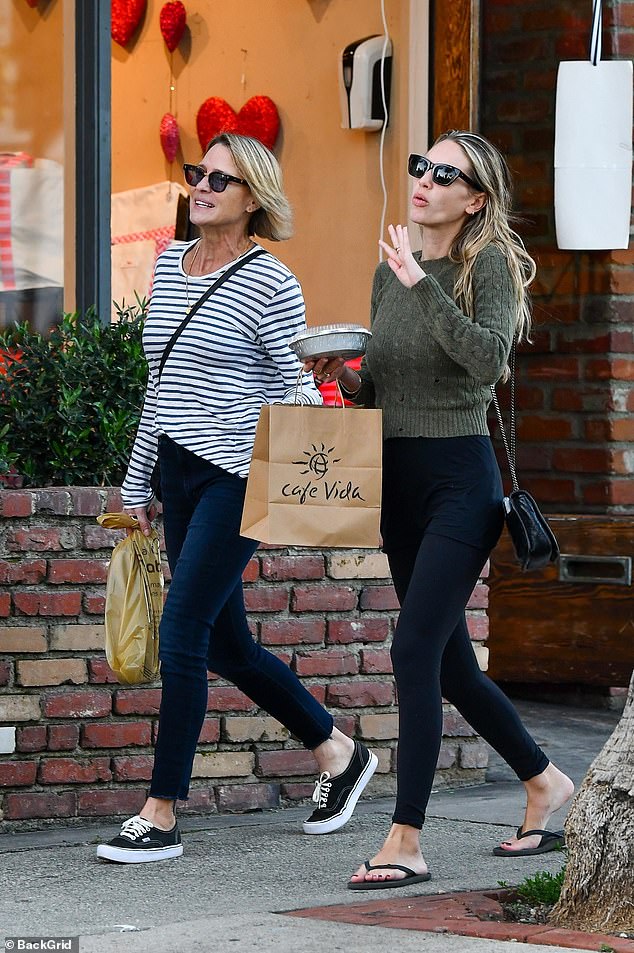 Catching up! Dylan, clad in leggings and a sweater, chatted away as she strolled alongside her famous mother

She showcased a burgundy red pedicure with her black flip flops and, like her mom, also sported sunglasses.

The beauty slung a quilted purse over her shoulder and carried leftover food.

Robin welcomed Dylan – who has gone on to become a model and actress – in 1991 with her ex husband Sean Penn, an Oscar-winning actor.  The exes, who have been divorced since 2010, also have son Hooper, 29, together. 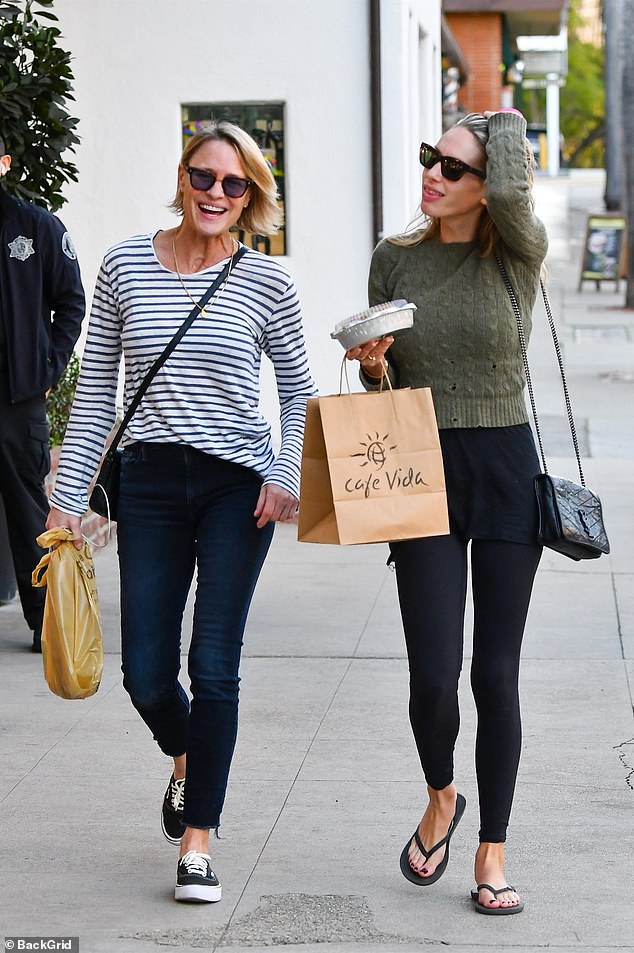 Happy camper! The Forrest Gump actress beamed with joy as she enjoyed some quality time with her eldest child

Robin and Sean have recently been spotted spending time together, after both going through divorces with different spouses in recent years.

Sean finalized his divorce from 30-year-old Leila George in April 2022 and Robin reportedly filed for divorce from 38-year-old husband Clément Giraudet in September 2022.

The duo were recently spotted leaving LAX together, just two days after they were seen entering the same airport, suggesting they had taken a short trip together. 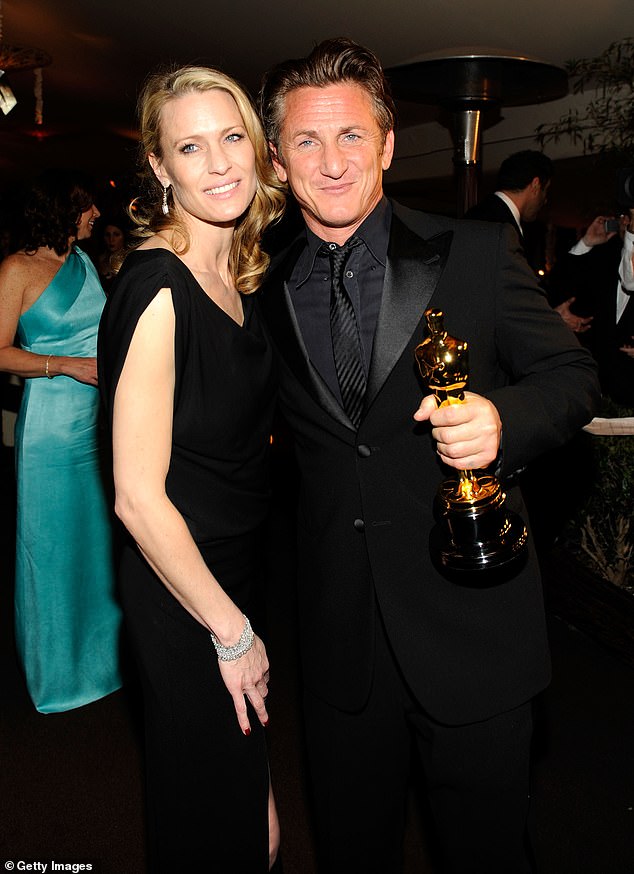 Meanwhile: Robin has been spotted spending time with her ex-husband Sean Penn, after both of them became single again following recent divorces; pictured 2009

The exes could have gone on a trip to visit one of their kids. They appeared friendly yet with no sign of romance in the air.

Sean and Robin have a history of splitting up and getting back together.

They wed in 1996 then planned on divorcing in December 2007 but called it off four months later.

They separated again in April 2009, but withdrew the documents the following month; however, Robin filed the divorce documents in August 2009 and their divorce was finalized in July 2010.