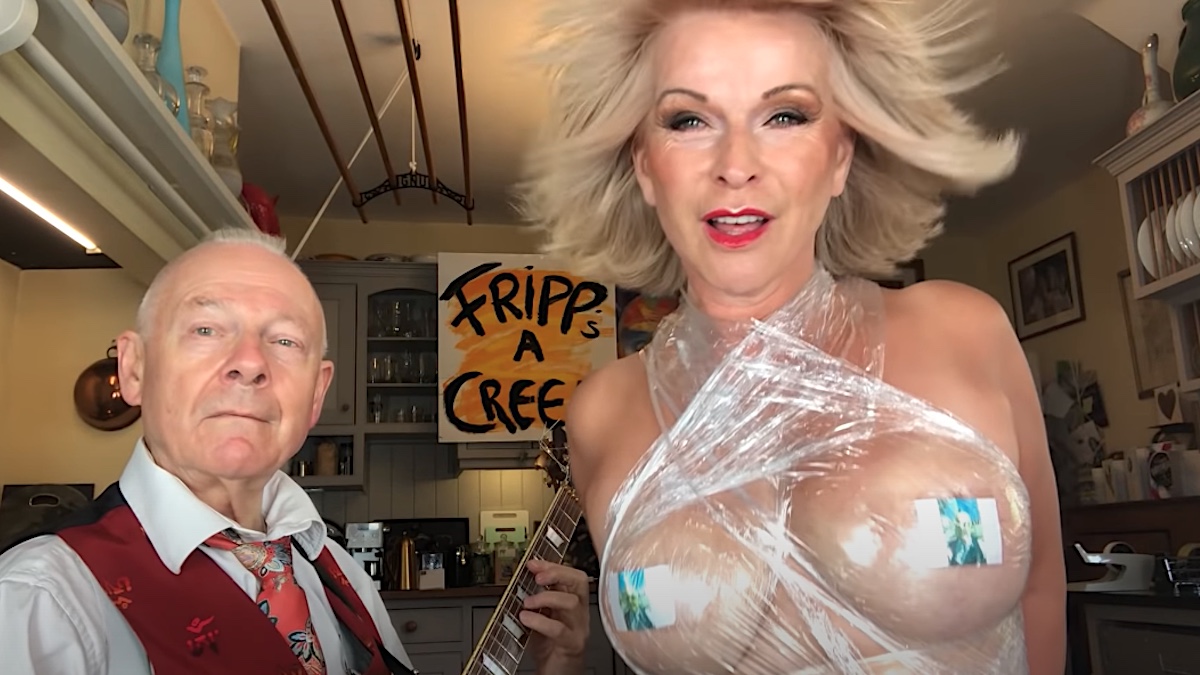 King Crimson guitarist Robert Fripp and his singer wife, Toyah Willcox, treat fans to a revealing rendition of Radiohead’s “Creep” for their latest “Sunday Lunch” performance. Toyah sports nothing but plastic food wrap and strategically placed photos of Fripp, as she sings the alt-rock classic.

With a “Fripp’s a Creep” sign mounted on the kitchen cabinets behind them, the married couple take on Radiohead’s breakthrough hit with their usual frisky approach. Toyah leaves little the imagination as she sings the uncensored version of the song. In fact, the only censoring in the whole clip are those aforementioned pics of Fripp. So “f**kin’ special,” indeed!

Fripp and Willcox have been entertaining fans nearly every Sunday for most of the pandemic with their ongoing series of cover songs. The pair truly went viral in January 2021 with an eye-catching cover of Metallica’s “Enter Sandman.”

They’ve subsequently performed such tunes as Scorpions’ “Rock You Like a Hurricane,” Motorhead’s “Ace of Spades”, Billy Idol’s “Rebel Yell”, Heart’s “Barracuda”, The Prodigy’s “Firestarter”, The Velvet Underground’s “Venus in Furs,” and many more songs — all featuring Toyah in various scantily clad outfits and costumes.

In recent months, the couple performed The Black Keys’ “Lonely Boy,” as well as a pair of tunes in support of Ukraine: Neil Young’s “Rockin’ in the Free World” and Living Colour’s “Cult of Personality.”

Watch Robert and Toyah perform Radiohead’s “Creep” in the video below. We’re sure Thom Yorke would be proud.