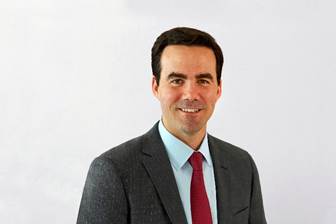 Robert Costa, who has been national political reporter at The Washington Post and was host of PBS’s Washington Week, is joining CBS News as chief election and campaign correspondent.

Costa will join the CBS News Washington bureau on Feb. 13, and will report for broadcast, streaming and digital platforms.

The announcement is a significant hire for CBS News, as Costa is among the most prominent political journalists. Costa and Bob Woodward co-authored Peril, about the final year of Donald Trump’s presidency and the early tenure of Joe Biden. Costa has been a national political reporter at the Post since January, 2014. Although he will be departing the post, Costa and CBS News plan to collaborate with the Post on special projects and investigations.

Costa also was moderator and managing editor of Washington Week from 2017 to 2020, and was a political analyst for NBC News and MSNBC from 2015 to 2020. He also has interviewed political figures for Post Live, the Washington Post’s live event and streaming series. That has included interviews with House Speaker Nancy Pelosi, Sen. Bernie Sanders (I-VT) and Vice President Mike Pence.

Neeraj Khemlani, president and co-head of CBS News and Stations, called Costa “one of the best political reporters of his generation.”