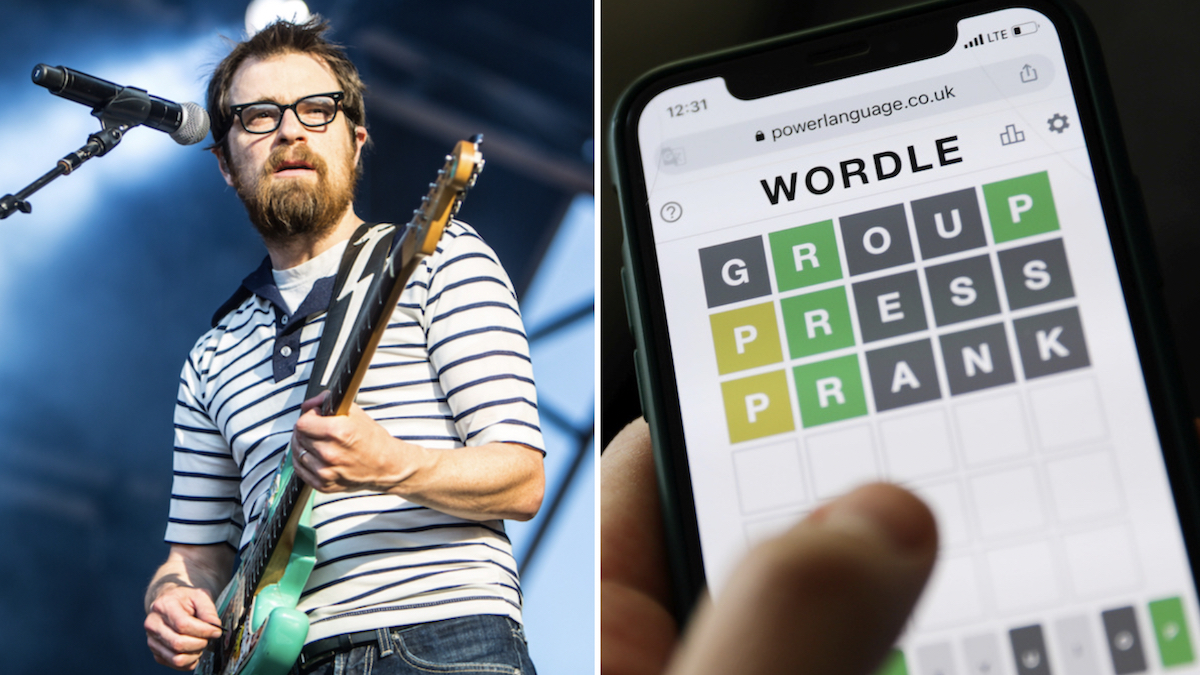 Rivers Cuomo has announced a new word game for Weezer fans. “If you like Wordle and Weezer, you’ll probably like Weezle,” the veteran songwriter wrote on Twitter today, March 3rd.

Like Wordle, the viral sensation that was recently bought by The New York Times, Weezle gives players six cracks at guessing a five letter word, using color blocks to indicate the right letter in the right place (green), a correct letter in the wrong place (yellow), or a total miss (gray). While Cuomo hasn’t fully explained the word list, today’s Weezle is certainly Weezer-adjacent. Get it right and you’ll be treated to a Weezer song. You can play for yourself here.

This is just the latest technological venture for Cuomo. In January he unveiled Weezify, a Spotify for Weezer fans that held over 3,500 demos. Last month, he announced the long-gestating SZNS album cycle, with the first entry, Spring, due out March 20th. Weezer have an extensive festival schedule laid out for 2022, including performances at BeachLife Festival, Boston Calling, Beale Street, and Firefly. Tickets are available here.